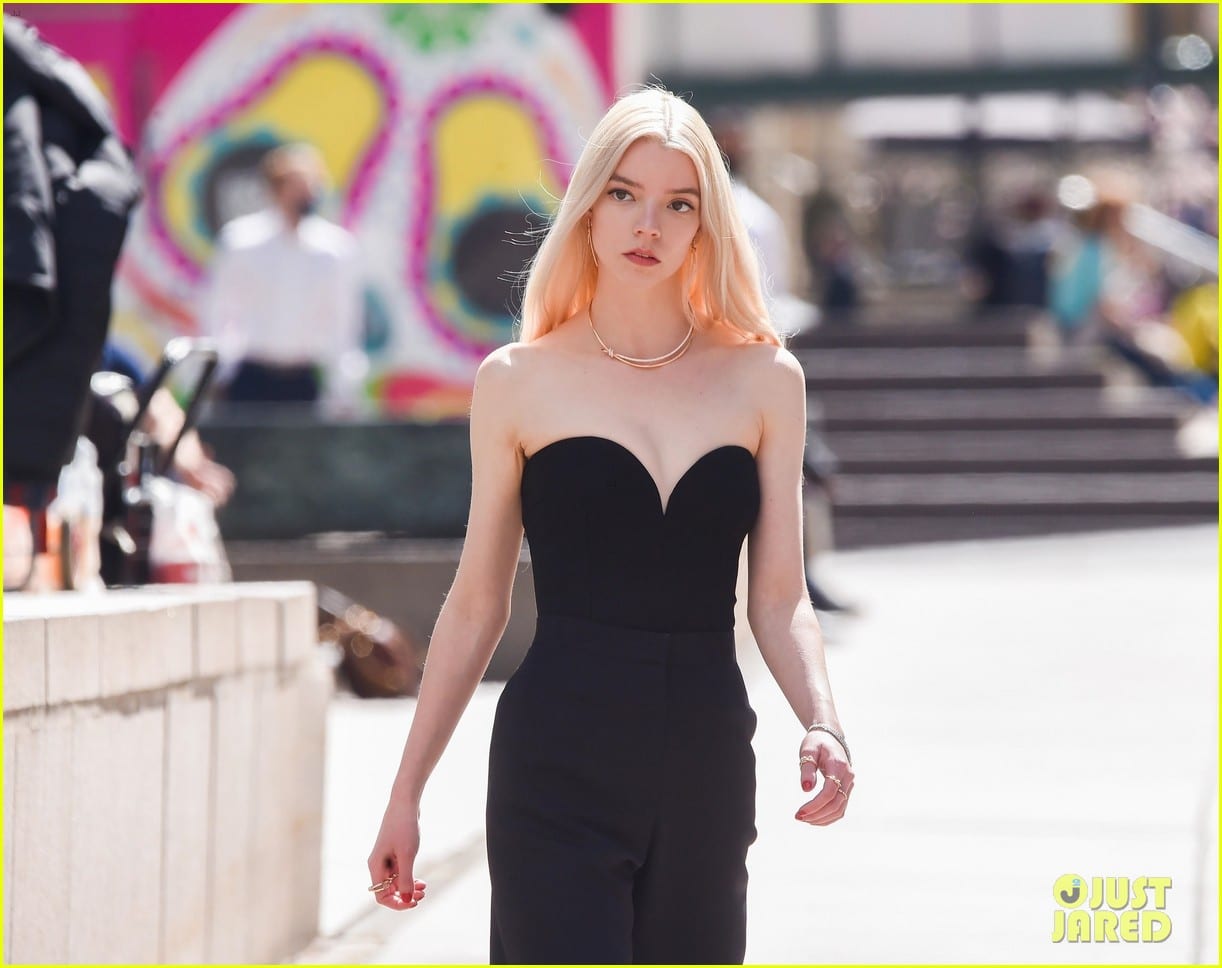 Anya Taylor-Joy is currently a well-known name widely as she is dominating the world of fashion with her iconic outfits and photoshoots. She is the girl behind the famous movies “Emma”, “Thoroughbreds”, and her most popular debut film, “The Witch”, which brought her to the public eye. With her extraordinary, unique features and charisma, she builds up a different aura for herself and currently is the face of Viktor & Rolf’s Flowerbomb fragrance.

She started her career as a model and has worked for many world-famous designers, brands, and photographers. She is quite active in social media and updates her fans about her whereabouts, especially on Instagram, where she has nearly 8 million followers. Anya is also a known face in television shows and has been featured in shows like the popular series, Peaky Blinders, The Miniaturist, a miniseries. 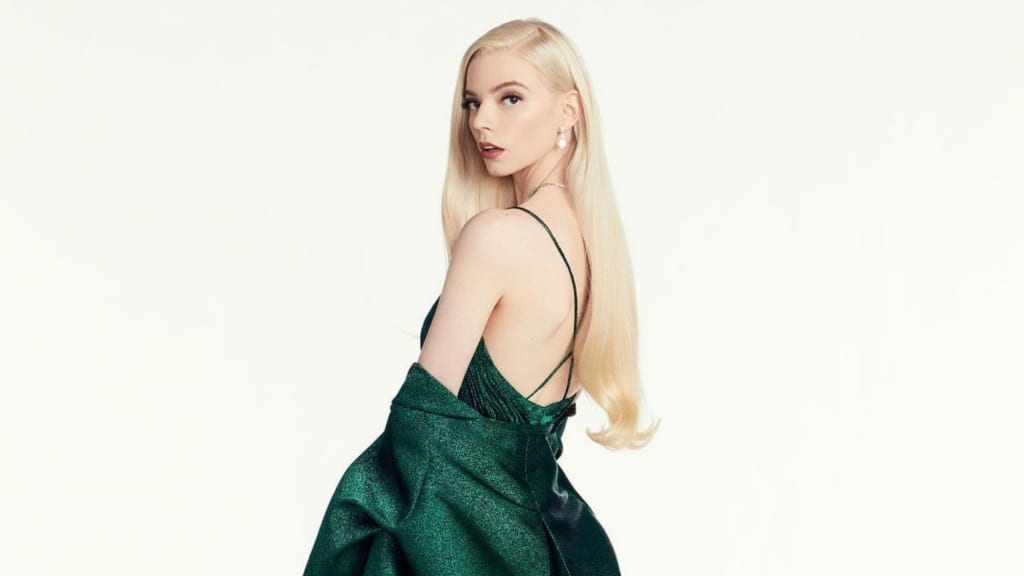 Her most recent appearance was in the miniseries “The Queen’s Gambit”, which is a Netflix runner, an American coming of age period drama inspired by the novel of the same title, written by Walter Tevis’s in 1983. She portrays the life of Beth Harmon, a successful chess player who is struggling with her addiction to drugs and alcohol. And soon after the series released, she caught the attention of the viewers for her exceptional and unmatchable screen presence. The series won a massive amount of positive feedback both from the chess community and the public. 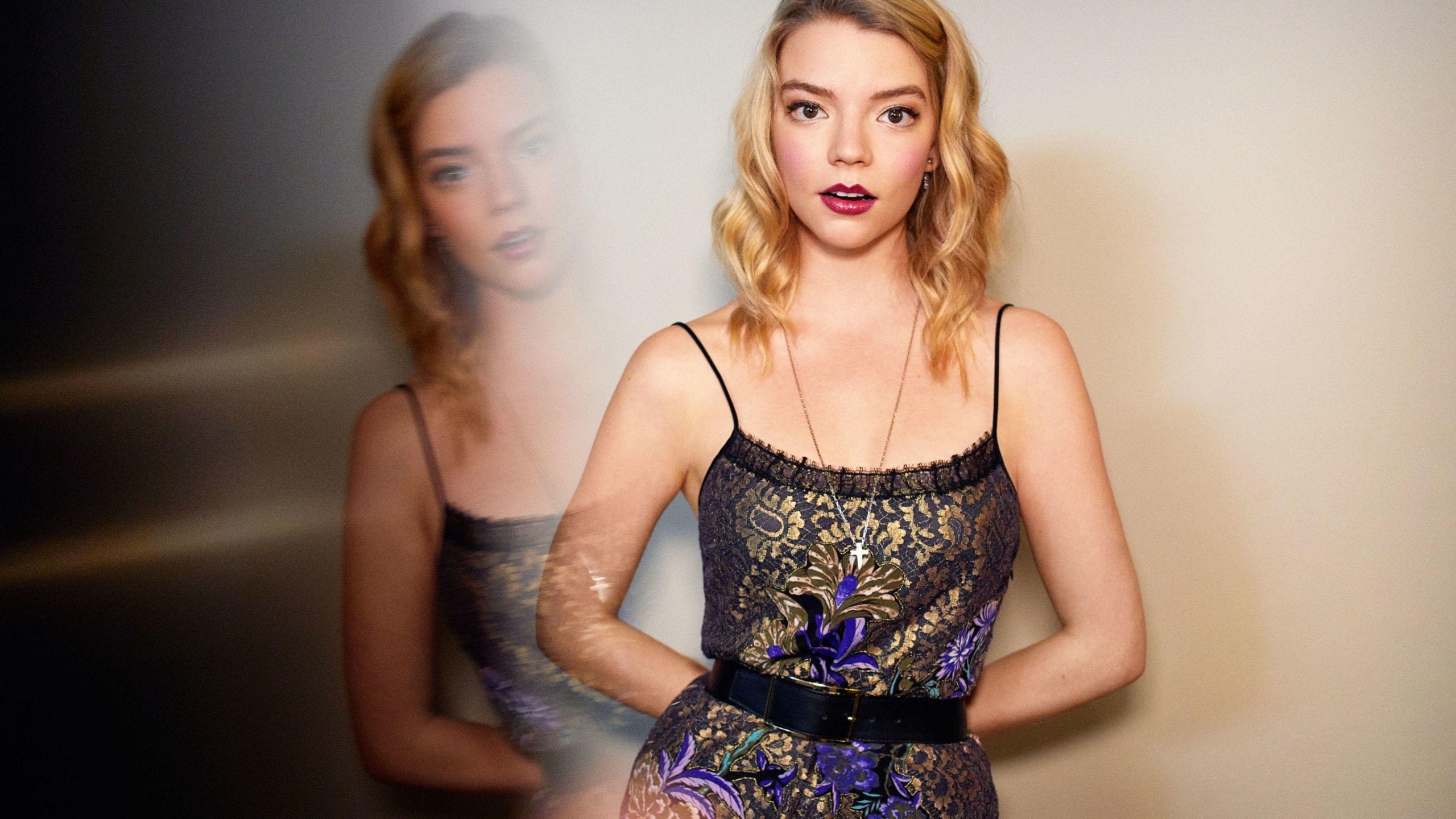 Anya Taylor-Joy is known for her beautiful and unique looks

The successful British actress has faced several questions regarding her dating life from the media and her fans, as they are too curious to know about the lucky man whom she is dating. She was recently spotted with a man, holding hands and showing affection, who is he? Let us dig more into her life, including her early life, career, and the man who she is rumored to be her boyfriend. 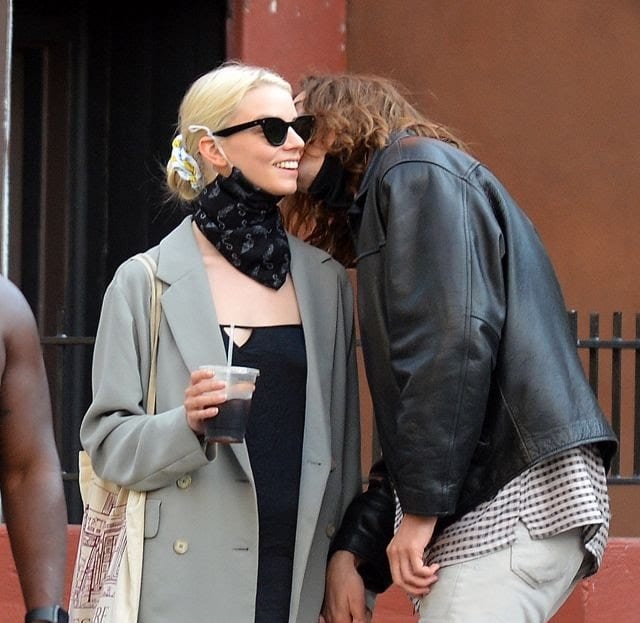 Anya was spotted with a man holding hands

Know About Anya’s Early Years, And Her Career

Anya Josephine Marie Taylor-Joy was born on 16 April 1996 in Miami, Florida, U.S, to a wealthy family. Though she was raised in America, she is originally Argentine-British descent. Her father, Dennis Alan Taylor, was an international banker turned two-time Union Internationale Motonautique world champion powerboat racer and the director of a private jet hire company. Her mother, Jennifer Marina Joy, is a psychologist and has English and Spanish ancestry. At the age of sixteen, she caught the attention of the Storm Management founder Sarah Doukas, which started her career as a model.

She decided to be an actress and played small roles in few films but didn’t receive much recognition until 2015, she got the lead role in the horror movie, The Witch. Her next movie was Morgan, a science fiction horror film directed by Luke Scott, though the movie was a flop, she scratched the hearts of the audience. She was also seen in Barry, a movie based on the early life of Barack Obama, and she played the role of Obama’s high school girlfriend and received a massive amount of praise. She seemed unstoppable as she kept providing us with more of her acting skills and a diverse range of roles. With her outstanding acting in the horror film Split and the black comedy Thoroughbreds, she proved herself as one of the skilled actors with an eye-catching screen presence. 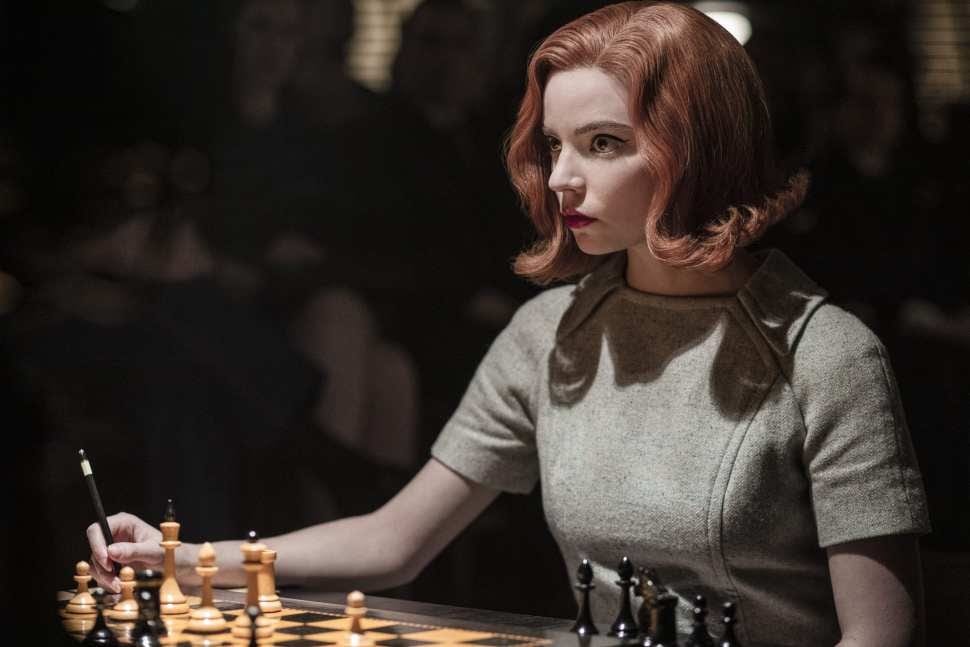 Anya in The Queen’s Gambit

She got nominated for various awards, including the BAFTA Rising Star Award, and received the prestigious Trophée Chopard Award at the Cannes Film Festival, a Golden Globe Award, and a SAG Award. Anya would appear in the season finale of Saturday Night Live (SNL) with rapper LIL NAS X as a musical guest. 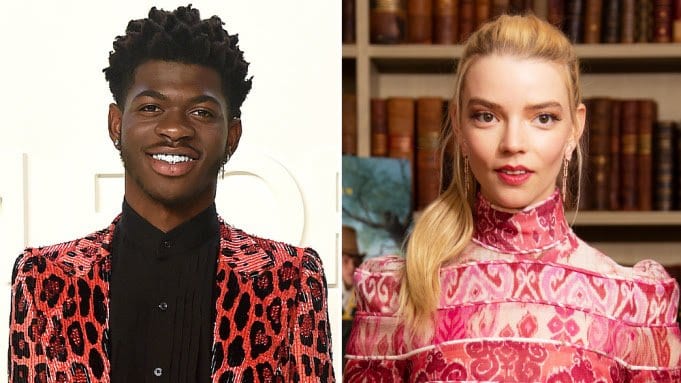 Anya would be appearing on SNL along with Lil Nas X

Who Is Anya Taylor-Joy’s Boyfriend?

Anya Taylor-Joy has always been secretive about her personal affairs and has never been vocal about her boyfriend. The only hint we got from Anya is dating someone was from her recent interview with ELLE, where she says that she is currently living with her partner, who is unknown to us. Anya recently was spotted with Malcolm McRae by the paparazzi in the streets of New York City Monday, holding hands and kissing each other. Not much is known about Malcolm McRae, he is a 27-year-old musician who plays guitar, piano, and also an actor. Both of them also follow each other on Instagram, so there is a high chance that it is not a rumor and probably the truth. Though, we are not completely sure and would wait for official confirmations from Anya. 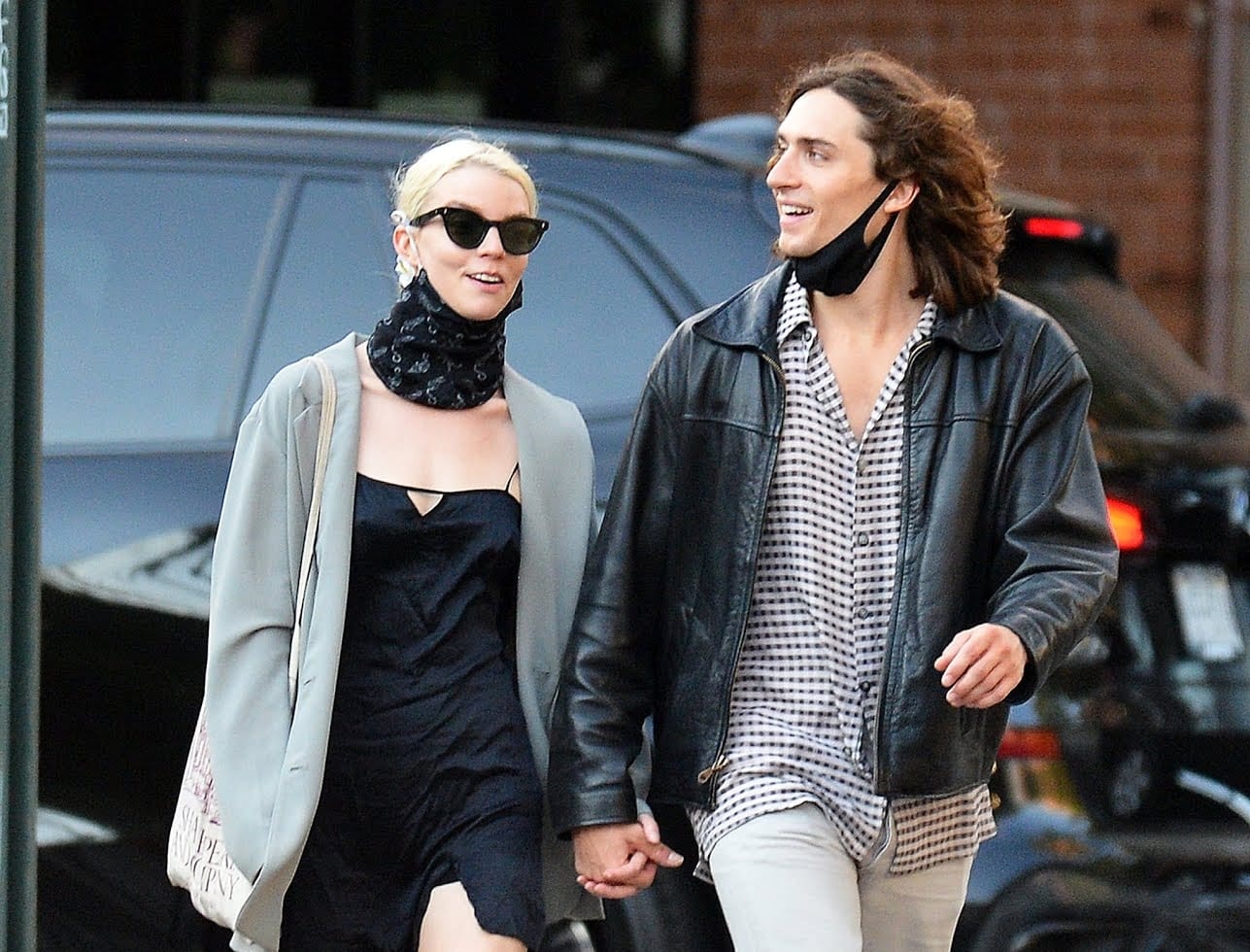