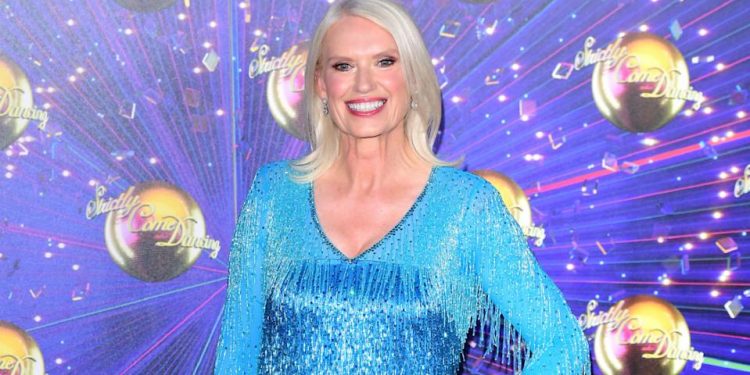 Who is Anneka rice’s partner? It is one of the if not most asked questions among her fandom. She was married to Nick Allott in 1988. But they separated in 1992. After their split, she was in relationships two more times with TV executive Tom Gutteridge in 1997 and then with writer Simon Bell in 2005. She is still in a relationship with the latter currently. She has three children, two with Nick and one with Gutteridge.

Anneka Rice is a painter, television broadcaster, presenter, and journalist. During the 80s, Anneka Rice was a household name. Between 1982 to 1988, she hosted Channel 4’s Treasure Hunt, which was very famous. Most recently, she made her appearance in the British television show Strictly Couple Dance which premiered in 2019. She finally made her appearance in the show after declining it many times. Kevin Clifton was her partner in the show. She has done many other works like Stand-ups, comedies, flower shows, etc. She donates to charities regularly.

Who is Anneka Rice’s Partner?

Anneka Rice married the theatrical producer Nick Allott in 1988. But they split up in 1992. In an interview with Daily Mail in 2014, she revealed that she has not yet divorced her first partner Nick Allott. They are still legally husband and wife even after they split up in 1992. At the time of the interview with Daily Mail, she said that they were not in hurry for the divorce but would file for it sometime in the future. Allott has also confirmed this statement. When asked about it, he just replied that it is their matter and no one else’s. Allott said that they have their reason for not doing it till now. It is still unconfirmed in 2021 whether they filed for divorce or not.

After splitting up with Nick Allott, she was in a brief relationship with TV executive Tom Gutteridge in 1997. She did not marry him, but they do have a child. Nothing more is known about this relationship. Nor when it ended. She is currently with writer Simon Bell with whom she has been since 2005. He is the author of Blood money and co-wrote Who’s Had Who with famous British author and screenwriter Helen Fielding.

Anneka Rice started her Television Career in The World Today and Twenty-Four hours as a trainee for BBC World Service. At the age of 19, she traveled to Honk-Kong working as news sub-editor for TVB Pearl and later became a regular evening news-reader. She also dubbed kung-fu films into English for Run Run Shaw.
She returned to the UK in 1982 and got her first high-profile job in Channel 4’s Treasure Hunt, which she co-hosted with Kenneth Kendall. Treasure Hunt was hosted by Anneka for 6 years.

She launched her project named Challenge Anneka in 1989, which ran for six series. This show included the renovation of a Romanian orphanage in the Siret, equipping a Malawi refugee camp, and many UK projects that are still going strong even today. She became the main presenter of BBC1’s Holiday in 1999. And during this work, she traveled to over 50 countries.

Anneka Continued to do presentations and broadcasting for television in the 2000s, such as presenter in The Wright Stuff, two specials for Challenge Anneka in 2006. In 2010 she was a contestant in Celebrity Mastermind.

She continued to work throughout the 2010s. With Rolf Harris, she co-hosted Rolf Paints… Diamond Jubilee for Queen Elizabeth IIs Jubilee in 2012. In the same year, she co-presented a flower show called The Flowerpot Gang with Joe Swift. She presented Secrets of National Trust for Channel 5 in 2016.

Later part in the 2010s, like 2017-2020, she appeared as a contestant for TV shows like House of Games and Celebrity Hunted in 2017. In 2019 she participated in Strictly Come Dance with Kevin Clifton and was featured regularly on It Takes 2.

Her Radio career started parallel with her Television career. Her first radio production was in Honk Kong, which was a weekly drive-time show for RTHK. Returning to the UK, she was standing in for Gloria Hunniford on Radio 2. She presented The Waiting Game for Radio 4 in 1990, which was nine-week pregnancy series. She presented a life drawing documentary for Radio 4 called Inside the Life Drawing Class. Replacing Zoe Ball in February 2012, she presented the Weekend Breakfast Show. She also did Late night radio shows like Pick of Radio 2, specials of Friday night is Music Night.

She has many other works under her belt, like painting, journalism, theatre and performance, stand-up comedies, and flower shows. Anneka is an ambassador and patron of several charities. Some of them are FISH, Horatio’s Garden, Riding for Disabled, and Marie Curie. She is still involved in Challenge Anneka shows. She became the Patron for the charity Operation Encompass in 2018.

Also Read: Larsa Pippen’s Partner: Who is the Boyfriend of Real Housewives of Miami Star in 2021? 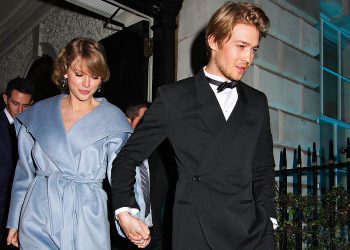