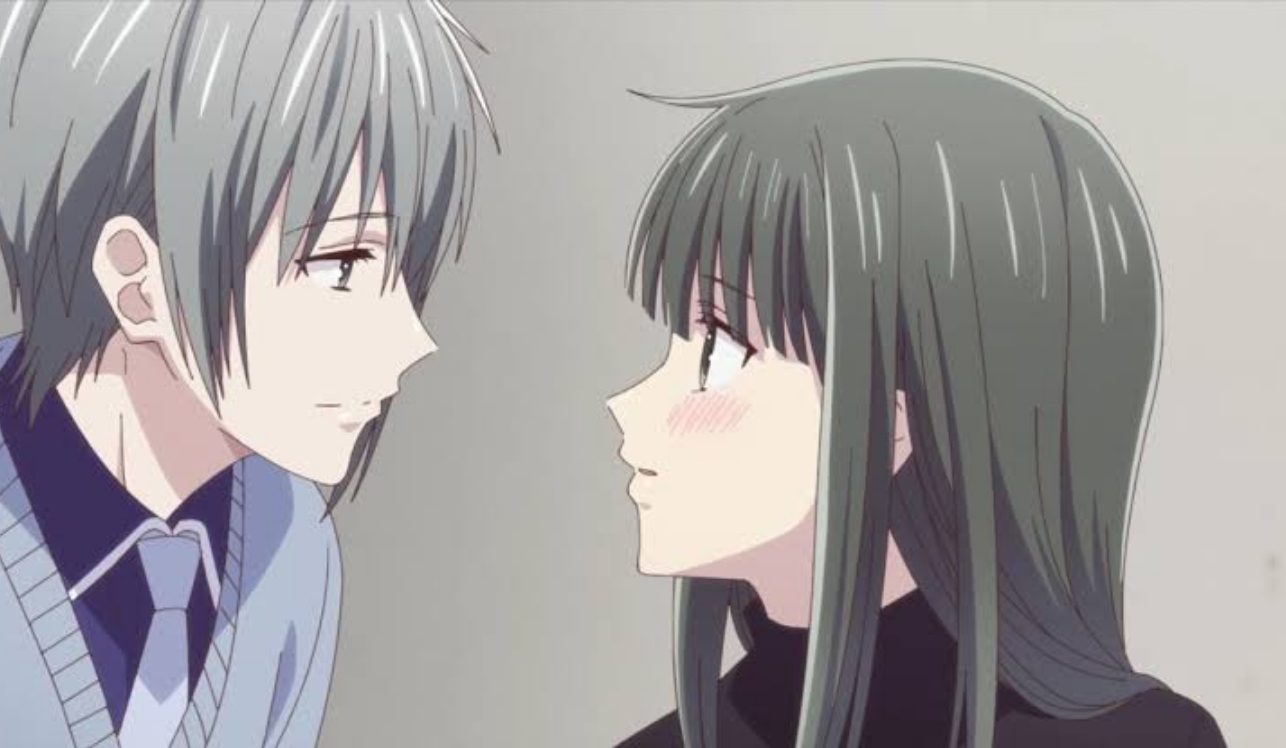 Who does Yuki Sohma end up with at the end of Fruits Basket? Yuki Sohma is one of the main characters from the Fruits Basket anime. He is the Rat of the Chinese Zodiac. Yuki is a popular kid at school. He is nicknamed ‘Prince Charming’ known to have several reserved qualities. Several students there in the school found Yuki attractive and even had created a fan club in his name. Despite being very popular, Yuki had low self-esteem that grew from the abusive childhood along with the effects of his curse. In the Fruits Basket anime, Yuki is very loved due to these very reasons.

He might appear very perfect and Prince-like at school, but he has a sloppy and normal side to him too. Prince Charming has a kind personality on the outside, but he is rather awkward in reality. Moreover, his cooking skills are beyond help too. But, the biggest issue with Yuki was his low self-esteem. His past trauma had made him afraid of rejection, and he never learned how to express himself. To make matters worse, he always felt like his real self would always be rejected.

However, Yuki has a beautiful development throughout the series, and we finally see him find the love of his life. Who does Yuki Sohma end up with? Here is everything we know about the character’s love life.

Who does Yuki Sohma end up with?

Yuki Sohma ends up with Machi. The first character that Yuki finds solace in was Tohru Honda. Yuki grew exceptionally with her and through her. The two came closer, and at one point before Kyo’s arrival, we almost thought that they might be cannon. But Tohru ended up with Kyo, and a love triangle of sorts was developed. Yuki helped Tohru and found himself a reason to continue to live. They become friends, and Yuki starts to know her brother. He claims to love her but later confesses that his feelings for Tohru were nothing but a replacement for the mother figure he had always missed in his life. Of course, Tohru’s presence made huge advancements in his life as he learned to love himself more, but Yuki does not end up with Tohru. So who does Yuki end up with? 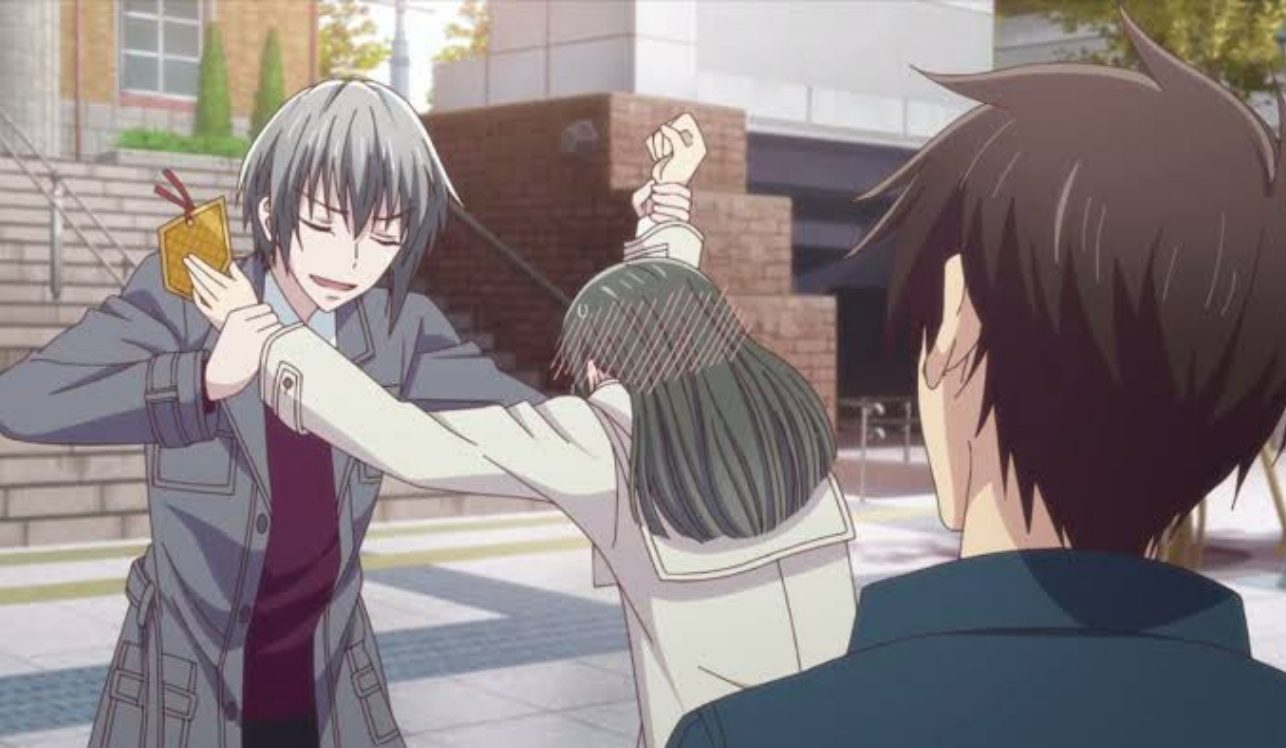 Yuki ends up with Machi Kuragi at the end of Fruits Basket. We see several adorable moments. Machi is a sweet tsundere that matches the Princely figure of Yuki. Yuki gives her a maple leaf as a gift after returning from his trip. When Yuki gets locked up in a closet accidentally, Machi appears and breaks down the door. After his curse breaks, Yuki has his first kiss with Machi. Later the two get married and even have a child named Mutsuki Sohma. It is even revealed that they are very good parents, and the family they build together is filled with love.

The relationship between Yuki and Machi is no less than beautiful. However, their story feels rather underdeveloped, and we wish we could see more of them being together. Yet, within the little of whatever Yuki and Machi content that was offered to us, we learned quite a bit about their relationship. Yuki and Machi helped each other turn into the best versions of themselves. They had severe identity issues that they overcame and decided to break free from the judgments of others. No more did they let others take control of how they felt. Yuki and Machi are fun to watch as they enjoy each other’s company. Another really cute thing about the couple was their gift-giving tradition. They needed no occasion. They would find anything and gift it to each other with a simple reason that it reminded them of each other. 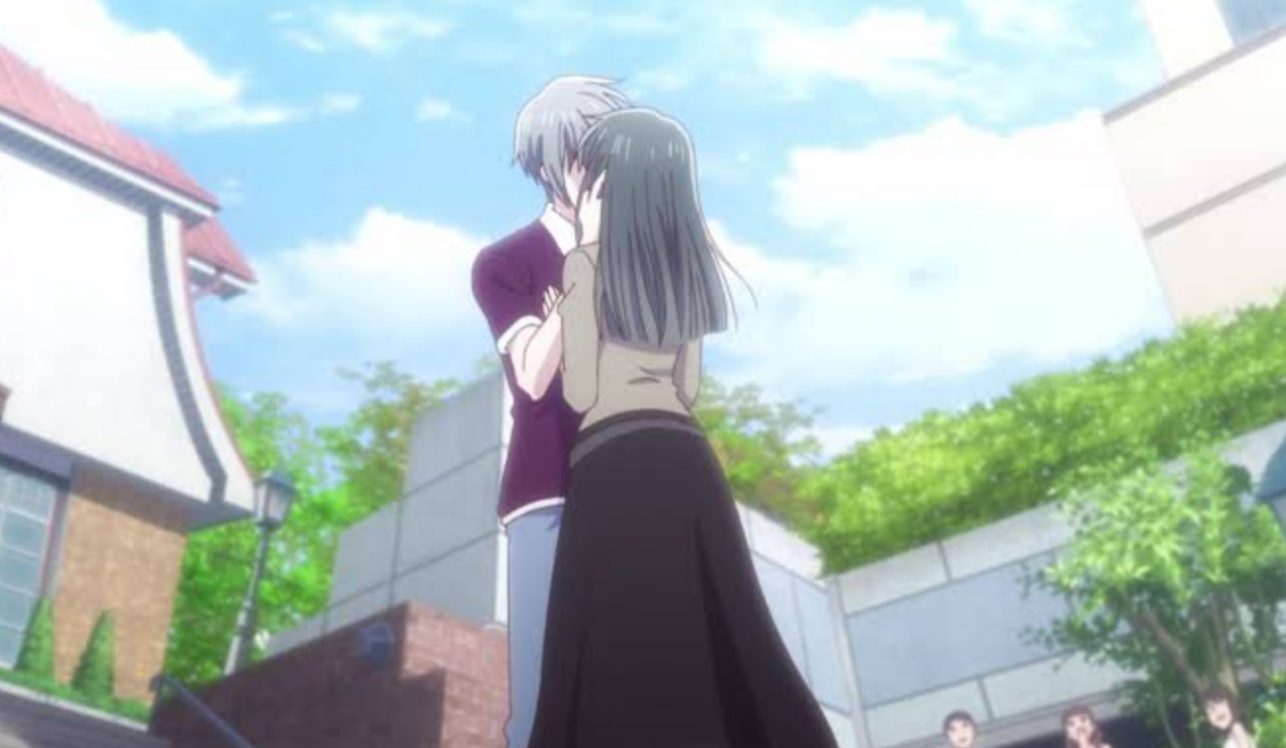 Machi and Yuki are rather similar, unlike the main couple Kyo and Tohru, who were quite different from each other. The two can relate to each other’s pain and sufferings and thus understand each other. Like Tohru helped Yuki, Yuki helps Machi grow out of her shell. It’s only Machi that can see through the whole prince act that Yuki puts up. Over his cool and calm face, she sees the pain he tries to hide.

They have a beautiful journey from friends to lovers. It’s nothing groundbreaking, but it has so much understanding that the ship becomes worth adoring even more than the main couple at times.