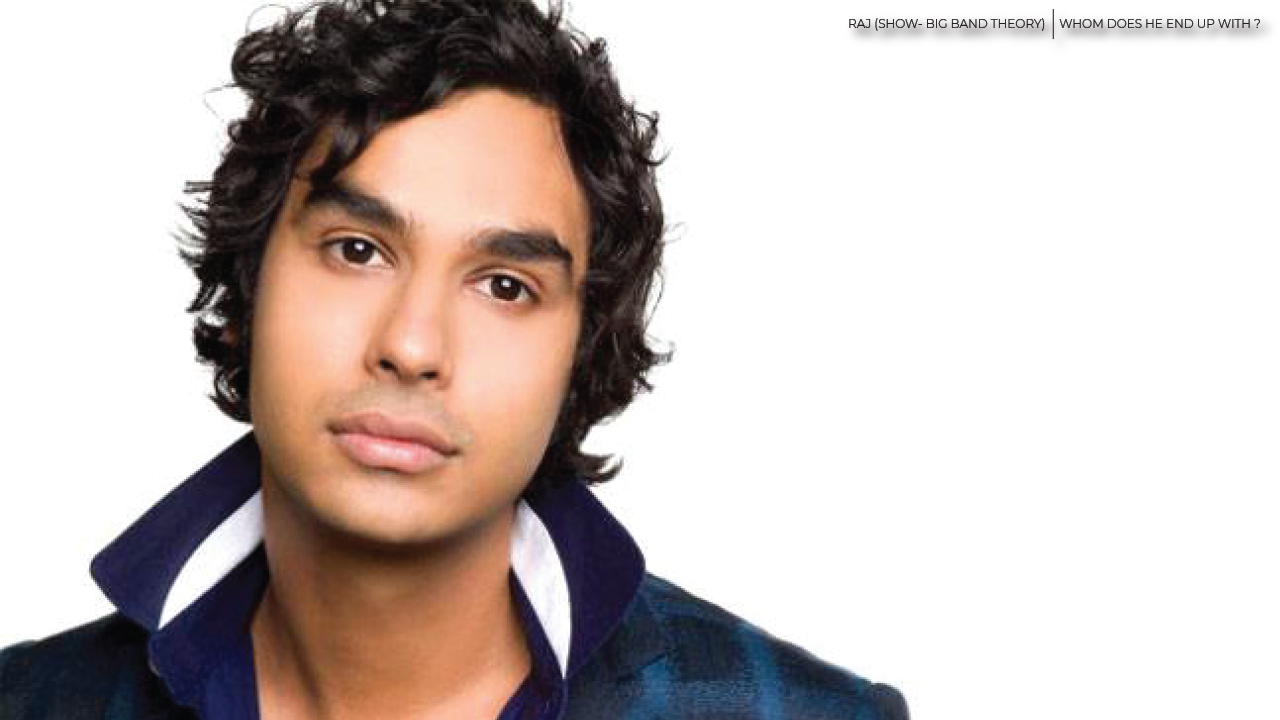 Who does Raj end up with in the superhit American Sitcom, The Big Bang Theory?. This question has been remained unanswered for a pretty long time. The Big Bang Theory was a show which was particularly made to demonstrate people who were socially lost! Especially for nerds like Sheldon, Leonard, Howard, and Raj, who found it really difficult to have a proper connection with any other person except themselves, especially girls!. This show mainly focuses on how the lives of two geniuses, Dr. Leonard Hofstader and Dr. Sheldon Cooper, change when they meet a free-spirited, motivated neighbor- Penny. The Big Bang Theory, written by Chuck Lorre and Bill Prady, started in 2007. It had completed 12 seasons when its final episode was aired in 2019. Today we are going to talk about: who Raj finally ends up with?

The Big Bang Theory, being a superhit Sitcom, had many twists and turns. So obviously it had many questions which the fans would like to get answered as soon as possible. The show is basically revolving around 4 socially weird friends who need to study the world more and quantum physics relatively less. They get their first taste of happiness when they meet a beautiful woman named Penny, who moves across their apartment. Her mindset is such, which inspires the geeks throughout the series. When Animes, Mangas, Sitcoms run for a long time, they generate a lot of Q&As!! Out of the many questions in The Big Bang Sitcom, one of them is who does Raj end up with? Leonard, Sheldon, Howard & Raj had different love interests. Where is Raj’s, though??

Just like Leonard and Sheldon, Howard and Raj are also similarly geeks and socially awkward! Their minds work like a computer, and if needed, they will explain to you how does the universe work. But when needed to interact with other humans, especially women, they are worse than a 10-year-old! Their intellectual skills are amazing throughout the series, but while interacting with a woman, they can’t cope with the pressure! One day, an aspiring actress named Penny(full name unknown!) moved across their apartment, became their new neighbor. The highly motivated Penny makes all the 4 friend’s life smoother, and her closeness to the genius scientists helps her to pull them out of their hidden and academic existence.

Who Does Raj End Up With?

The British-Indian Actor Kunal Nayyar is one of the most dedicated actors in the world. Because he played the supporting role for Raj beautifully alongside Howard Wolowitz. They both were the best of friends in The Big Bang Theory, just like Joey and Chandler!!. While Sheldon got Amy, Leonard always had Penny, Howard end up with Bernadette. Now the main question comes, who does Raj Koothrappali end up with? It has an unfortunate answer. Even after 12 seasons, Raj is still single!!. According to me, the best couple in the show has to be Bernadette & Howard. Bernadette completely changed Howard’s personality. When it comes to relationships, Rajesh’s life had many ups & downs.

Rumors say he ended up marrying Anu. Some say he just got engaged with her but didn’t marry her as he did not find the right connection between them. Some fans shared their opinions, said it was for the better of Raj to not find love in the finale. While some went the other way, saying it was very unsatisfying to watch! He had many significant relationships like Lucy, Emily, Isabella, Nell but the most amazing relationship has to be the one with Claire! 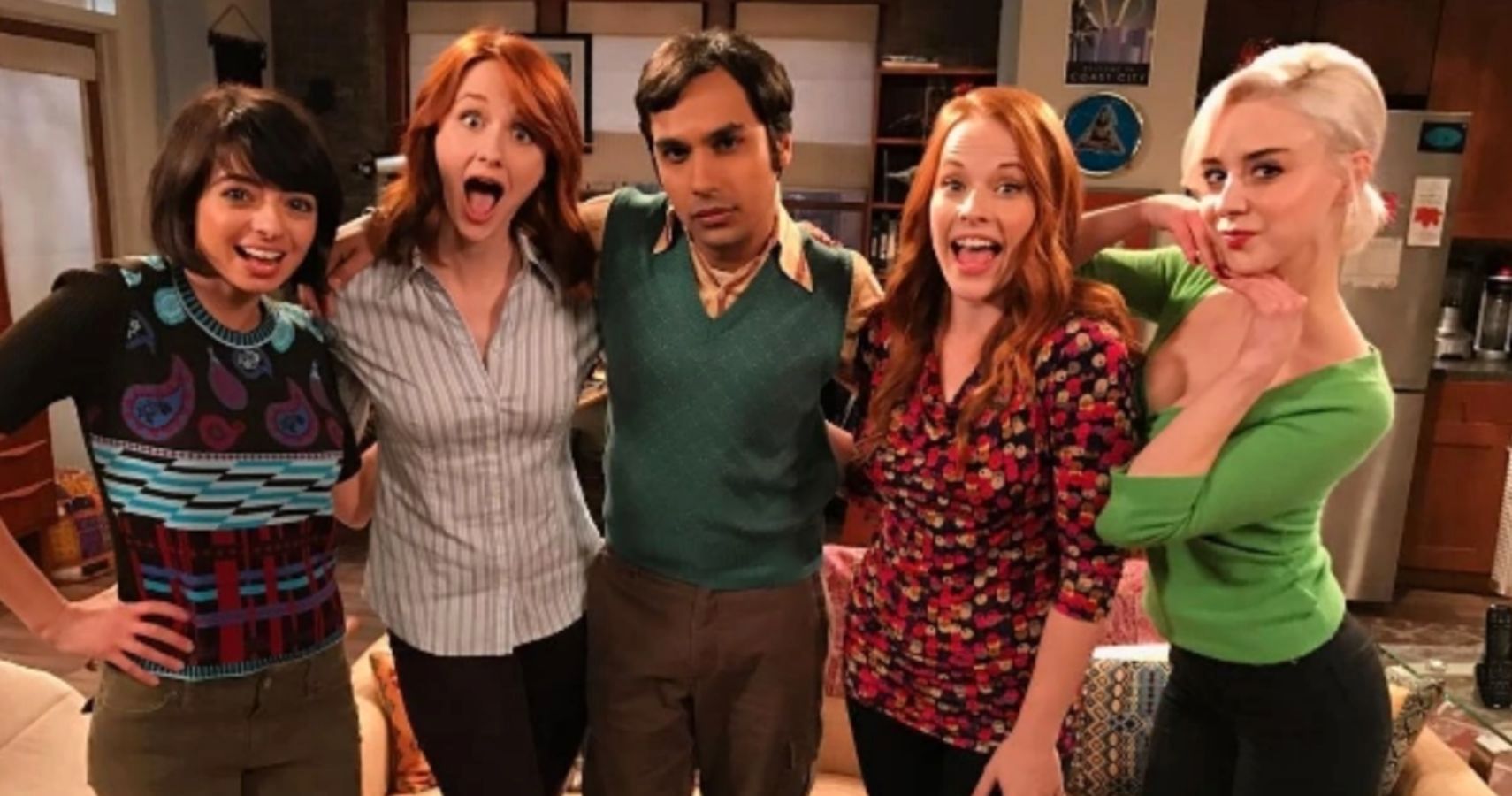 Raj’s Long term and most serious relationship were with Emily. pc:- Screen Rant

The Best Relationships Raj had in The Big Bang Theory

Raj’s parents did their best to find the best love interest for their son. But even after 12 seasons (12 Years) they couldn’t succeed!. Even though Raj ended up single, he surely had many girlfriends. Let’s talk about some of the noteworthy ones before we end this article. Let’s first start with Lucy. She could have stayed for long because, just like Raj, even Lucy had a social anxiety disorder. Next comes Emily. At the start, she happened to be a gold digger. But eventually, Raj and Emily found true love even though Emily always stayed away from the group. Their Bond was pretty strong, but eventually, they broke up too. Now comes the best and the perfect match which could have ever been for Raj, who is Claire. Claire and Raj became the best of friends first, only then they moved on to become lovers. Their love for each other was pure, and they were all through honest to each other. Even though on-screen, Raj might have failed to find his match, but in real life, Kunal has thousands of fans because of his dedication and hard work.