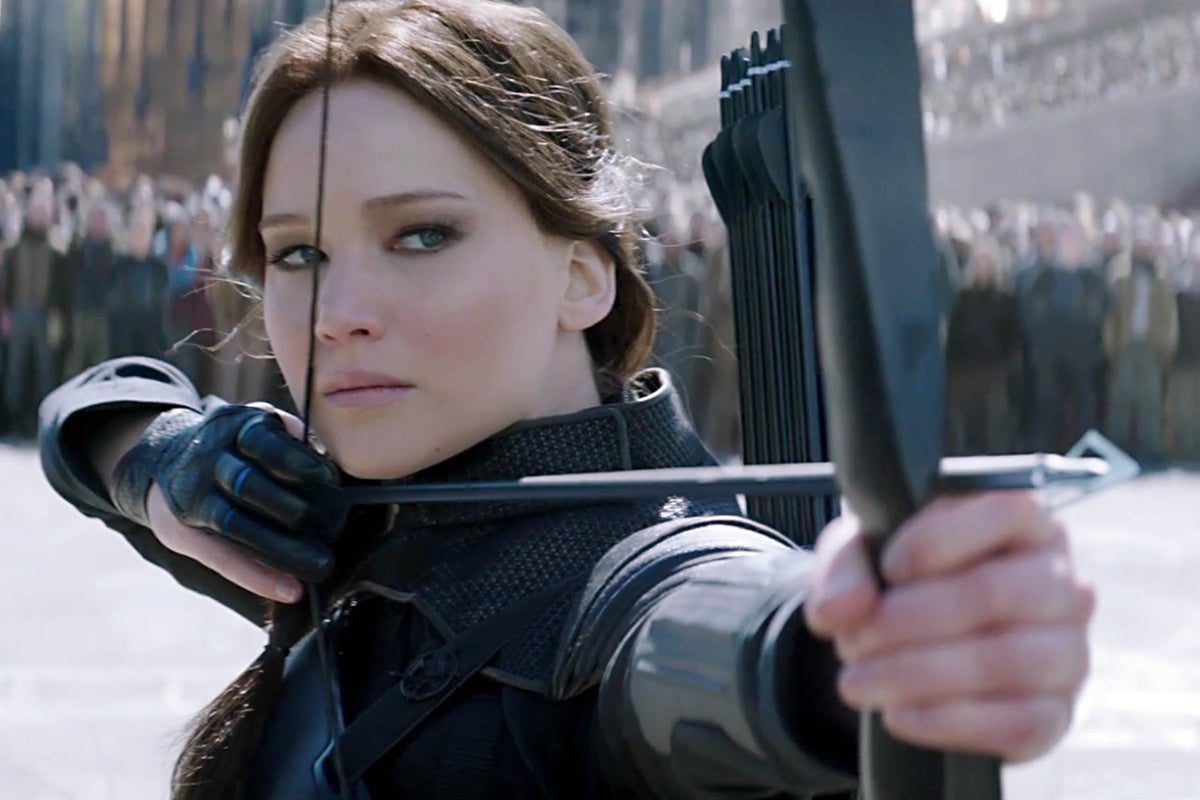 Katniss Everdeen has been one of the most loved and appreciated fictional characters in the history of fiction. The protagonist for the book and movie series “The Hunger Games” is one of the feminist characters. Being one of the selfless characters, she has done all she could do to help her family and get out of danger. From standing up for her family when they were in need to save her friends when they were on the verge of death. As the Hunger games go forward, she also risks everything she has, including herself when needed. She is the symbol of rebellion.

The Hunger Games is one of the best science fiction dystopian adventure series. Written by the author Suzanne Collins, the series focuses on the Capitol of Panem maintains its hold on its 12 districts. An event called the ‘hunger games’ is organized and telecasted on the TV for the citizens to see. The youths of the district fight to the death until only one remain while the adults watch the fight go down. With Katniss Everdeen from District 12 in focus as she goes on and never gives up. Her hunting skills and sharp instincts are something but will that e enough for her to win the games? 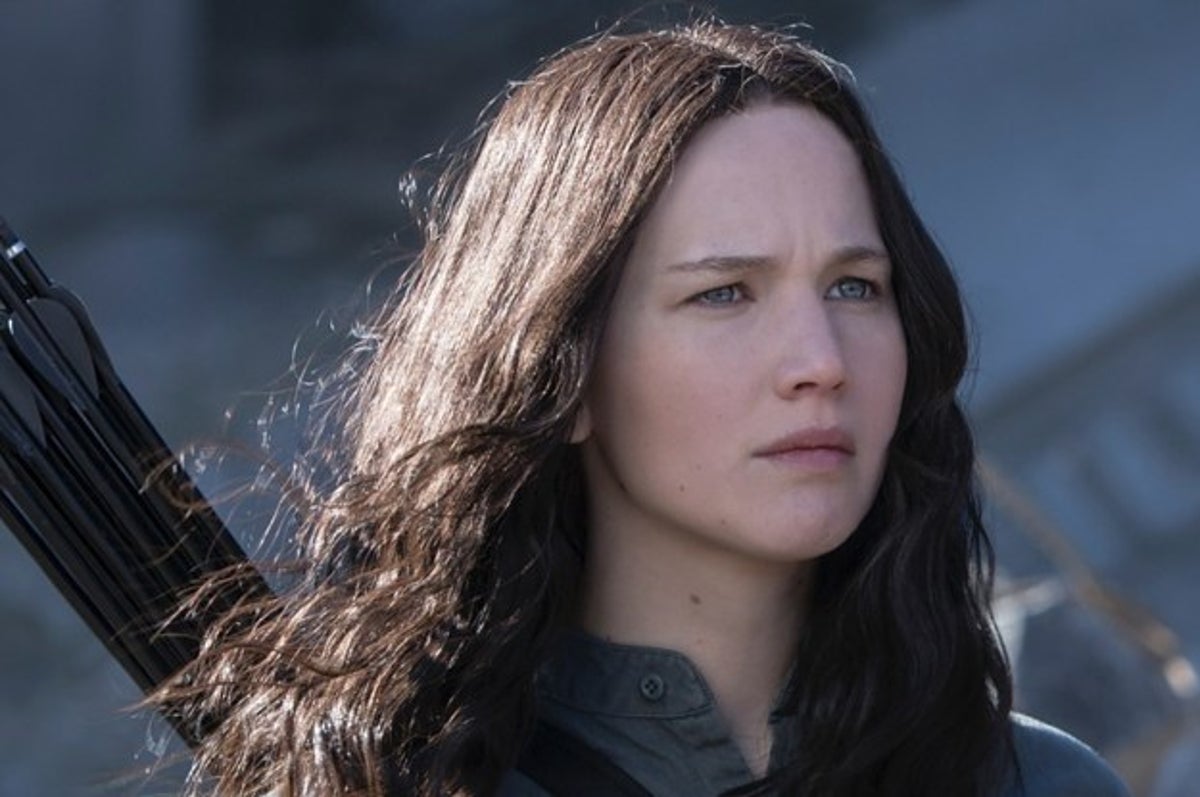 Who Does Katniss Ends Up With?

The last part of the Hunger Games series answered the question about who does Katniss ends up with. With the arrival of The Hunger Games: Mockingjay, Part 2 in 2015. The fans were finally able to take a breath of relief as the answer was finally given to them. Being in a love triangle with Gale and Peeta, it was hard for Katniss to choose one man when the fight over power was going on. Thinking about Gale, he is dependable. He has known her ever since she was nothing but a District 12 resident hunting in the woods. So it’s safe to say that they have known each other for a long time. On the other side of the triangle, we have Peeta isn’t that far away. He has been there for Katniss ever since she entered the Hunger games.

Making her final decision and choosing a guy, Katniss ends up with Peeta. As we see in the ending scene, Katniss having a nightmare. She wakes up all sweat and goes to her long-time partner Peeta. Cuddling into him, she asks “You love me. Real or not real?” To which he answers that it is real. 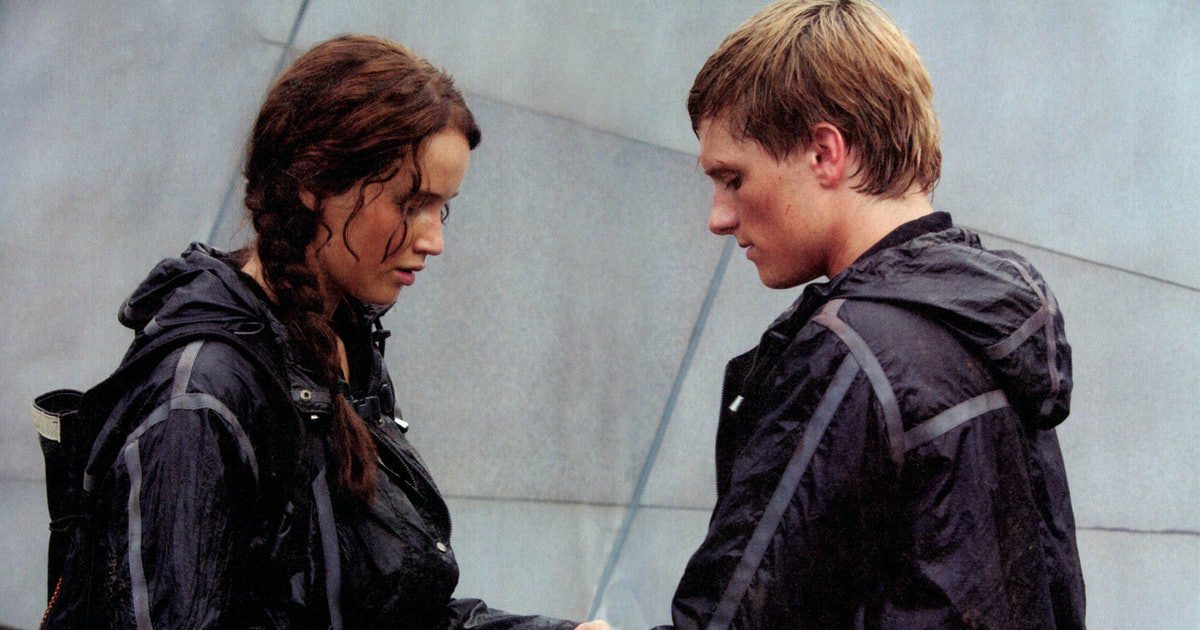 Why It Always Has Been Peeta?

A lot of fans were pretty confused over Katniss choosing Peeta instead of Gale. As from the previous installments of the series, it was shown that it will always be Gale. Both Katniss and Gale bonded over the grief of losing their fathers in the mines. It was always them trying to survive together. But as the struggle gets leveled up, Gale became cold and ruthless. But since Peeta and Katniss have been together ever since it all began, they have had their ways of understanding each other. The reason behind the question game of “real or not” is that Peeta was brainwashed against Katniss by Snow’s torture. To help him when he gets confused with the emotions and memories, she used to ask him if his feelings are real or not.

As Gale changed over time, Katniss and Peeta remained to their true destiny. They both swore to protect each other in the beginning, and that is what they did. They both have trust in each other. Finding comfort and salvation in each other, it was clear to people around them that they are in love. Everybody knew that except for themselves. Both Gale and Peeta’s reaction to the war was the reason for Katniss going with Peeta instead of Gale. The way the change formed the relationship. It broke one, making the couple fall apart. And it also made one stronger, bringing one couple closer than ever.