Who Does Clayton End Up With? All About The Newest Season Of The Bachelor!

Meet the newest Bachelor in town for season 26! 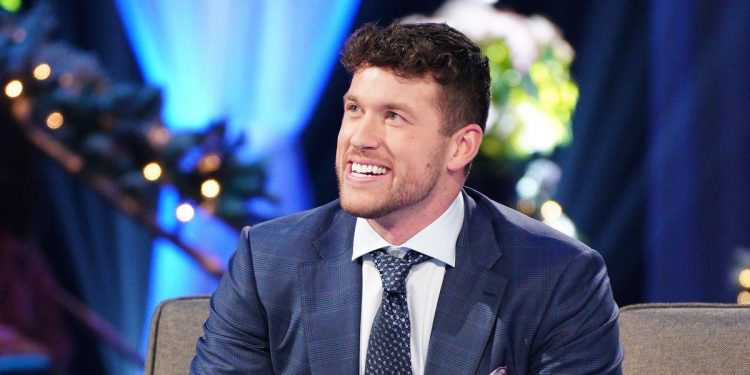 Want to know who does The Bachelor star Clayton End Up With? Get ready for yet another love story in the making as The Bachelor season 26 is almost here! Clayton Echard will be the newest Bachelor in town. The charming Echard will be looking for his lady love. As the first look poster says, everyone loves an underdog! While the casting was unexpected, it seems like Clayton deserves a fair chance at love. Know more about the orthopedic sales rep and his whirlwind journey to find the one! While some took to Twitter to express their discontent over the casting, Clayton had a rather funny clap back for all the hate tweets.

However, it is going to be a tough choice as 31 beautiful ladies are going to be on The Bachelor. Moreover, series executive producer and franchise creator Mike Fleiss have further confirmed the big news. Get ready for more as The Bachelor Mansion is back! With a new host and a new contestant on board, this new season will have too many surprises in store for viewers. Don’t forget to tune into the newest season of The Bachelor, and it will also stream on HULU. We need to get all the details to know who did Clayton End Up With?

Who Does Clayton End Up With?

Clayton Echard is no stranger to the Bachelor viewers as he earlier made his debut in Michelle Young’s season of The Bachelorette. The upcoming season of Clayton is all set to make its premiere on January 3, 2022.  At the same time, there was a rumor that Greg Grippo was supposed to star in this year’s The Bachelor. While Clayton has admitted that he is in love with not one but three women at a time, who will get the final Rose this time?

However, there was a sudden change of plans, and now we have Clayton on board. Not only that but expect some high dose of drama in this love-filled roller coaster ride. In reality, Steve has not only revealed the names of these gorgeous women. It has also been teased that Shanae Ankney is going fuel on in the drama quotient. Viewers are excited to see the charming Midwest guy find his future wife, who he believes is right there!

Clayton Echard Opens Up About Finding Love And More

As viewers are all set to see Clayton Echard navigate his love life through the upcoming season of The Bachelor, he has recently opened up about how he is eager to find love and start a family. Clayton further assured fans that he did find love and that how he felt humbled and honored by the entire process. Take a little sneak peek into the newest season of The Bachelor. Here’s a little dose of drama, catfights, and a whole lot of love in the air!

It's official! 🍾 Clayton is ready to find the one when #TheBachelor premieres Monday, Jan 3! 🥰 pic.twitter.com/2BzOn00991

While Clayton did find love by the end of the season, he further admitted that he did learn a lot of things while being a part of the Bachelor franchise. Clayton learned to come out of his comfort zone and to feel comfortable with being uncomfortable. Even Michelle earlier praised Clayton, saying that he always challenges himself for the better.

Why Was Clayton Echard Chosen For The Newest Season?

It seems like the producers of the Bachelor Nation chose Clayton as they believed that he was the best fit for the newest season. Moreover, the makers wanted to shake things up and go for someone who is new to the limelight. The decision happened so quickly that Clayton’s name was not even final up until about a week prior to filming his introduction.

To make things all the more exciting this time, viewers will see a former Bachelor Nation as the newest host of season 26. Jesse Palmer will be the host after Chris Harrison’s controversial exit from the franchise. Jesse will guide Clayton through the ups and downs of the love journey. However, it’s not that Clayton was free from a bit of backlash, as many were shocked to see him as the next Bachelor.

Will There Be The Bachelorette Season 18 Episode 12?