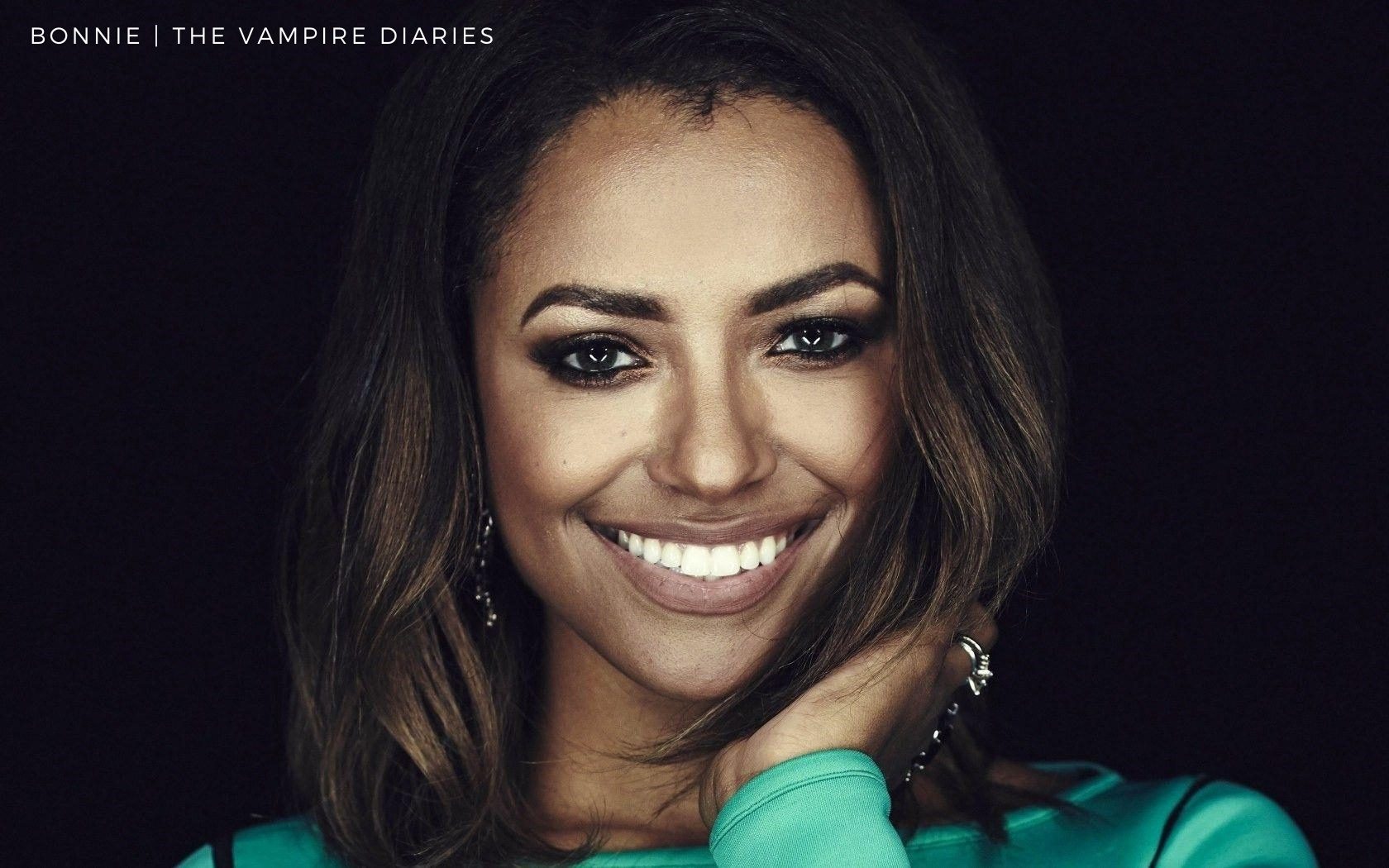 It has been more than 4 years since the last episode of the supernatural hit series aired, and still, fans are obsessing over the show and its star cast. The Vampire Diaries unquestionably has been one of the well-liked fantasy fiction series of all time. The series also parents 2 spin-offs and is an inspiration to many other show plots. The show ended with a long run of 8 seasons, with its final episode airing on March 10, 2017, but still is discussed and watched by many. The show’s spotlight may be on Elena and her dopple gangers, but the other characters are in no way less in their contribution to the series. One of the most discussed characters of the show should be Bonnie Bennett, the modern generation Bennett line witch. It is no lie to say that Bonnie is the savior and a confidante of the whole group. Fans wonder about this main character of the unconventional plot and are in doubt of who does Bonnie ends up with?

The series creators Julie Plec and Kevin Williamson have done a rather great job of casting the swiss beauty Kat Graham for the role of Bonnie. Bonnie brings life to the show both metaphorically and literally. Alongside the impressive ensemble of Nina Dobrev, Paul Wesley, and Ian Somerhalder, Candice Accola, and many others, Kat shines differently with her skills and personality. The question of ‘who does Bonnie end up’ with comes a long way as the fans are still not sure of what might have happened in the end. Let us untwine the question with feasible answers from authentic sources.

Questions about Bonnie keep flooding through one’s mind as one moves through the seasons of the show. At one point, the fans were no longer worried about Bonnie’s death as she comes back to life despite dying many times. The show’s focus, even though it was on Elena in the beginning, covers the lives of her two best friends Bonnie and Caroline.

Bonnie initially flirts with Ben McKittrick, and the two were seen in the first 3 episodes and never after that. Then comes Jamie, who is later revealed to be Bonnie’s half-brother from her mother, who was never present in her life. After these minor flirty flings come to Luka Martin, who’s a new witch in the city and helps Bonnie control her powers better. It is later on revealed that he had been manipulating Bonnie, and she breaks her ties.

Who does Bonnie end up with?

Here comes the guy who lasted for the majority of the series as Bonnie’s love interest….none other than Elena’s baby brother, Jeremy Gilbert. Jeremy, after his whole life wait for matt’s sister Vickie, finds himself attracted to Bonnie after their working together regarding her supernatural powers. Bonnie initially wasn’t interested as she finds herself attracted to the new witch Luka but severed ties after knowing his truth. Later in the show, Bonnie finds herself dragged towards Jeremy, and they both start a romantic relationship. 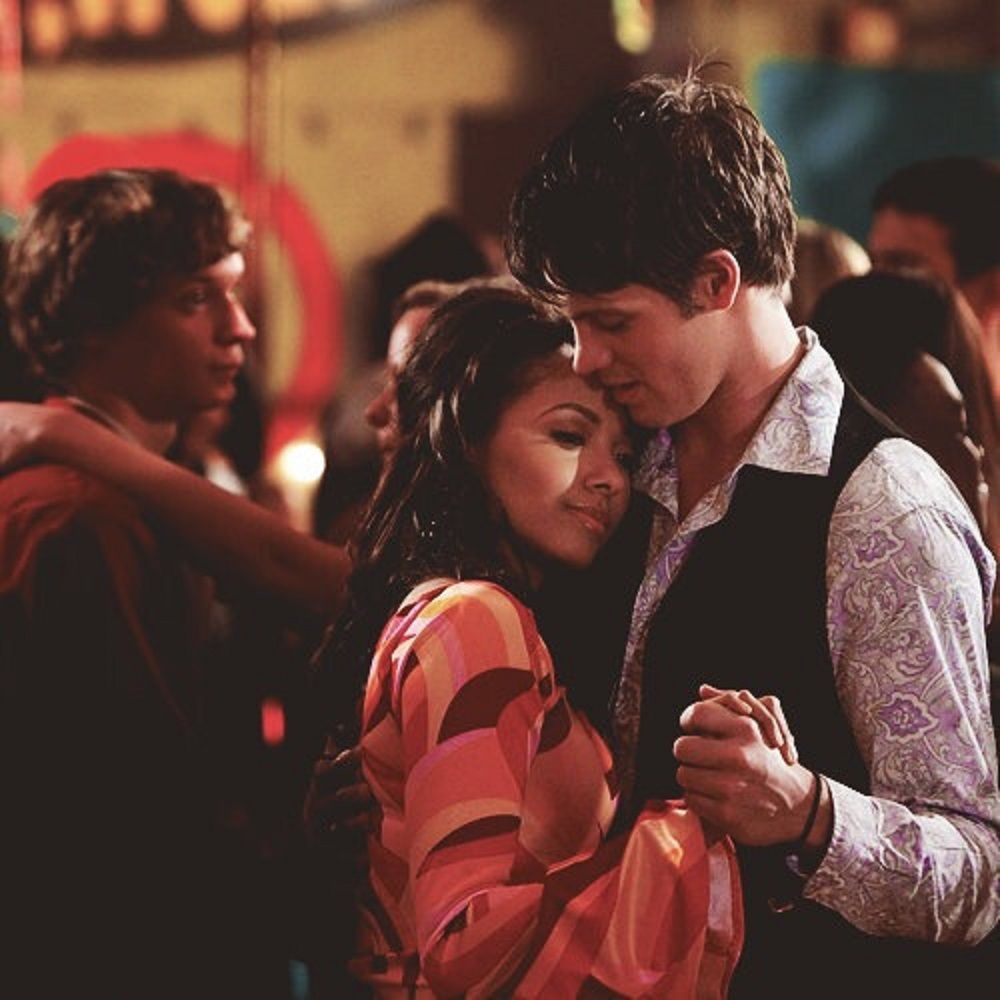 Bonnie with Jeremy in the 50’s decade dance event.

Here comes what the fans have long-awaited, a new main love interest of Bonnie Lorenzo St. John, aka Enzo. Bonnie’s relationship with Enzo is hate turned love story. Their story starts at the beginning of season 7 and lasts till the end. Enzo was initially introduced as an Augustine vampire of the Whitmore society who is hell-bent on getting his revenge for Damon’s betrayal. He shuts off his humanity on knowing about the truth about his lost lover Maggie and tries to exact revenge from Damon, who is responsible for it. In the process, he gets his heart ripped out by Stephen and later resurrects in the season finale.

So close to forever

At the start of the season, with a flashback from 3 years ago, Bonnie gets into trouble as the Armory chases her and Enzo tries to protect her. The duo later develops feelings for each other which puts Damon in awe. When all’s going well, and Bonnie finally gets to live the life she deserves until a possessed Stefan rips his heart out, leaving no way for Enzo to escape. 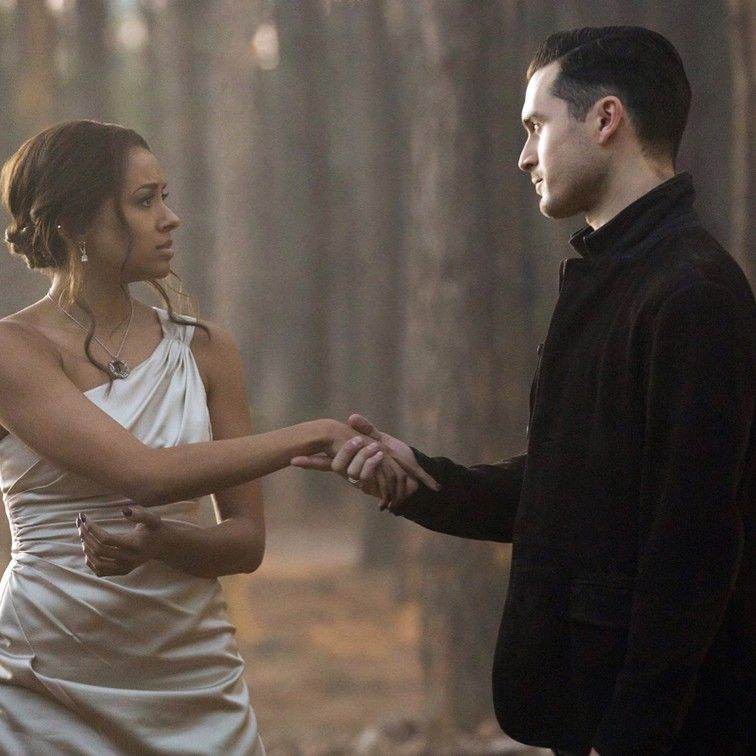 Bonnie with Enzo in the finale episode.

Enzo watches over Bonnie from the other side, and they both even have conversations, but that soon ends in the finale when Bonnie can no longer feel the connection after Enzo pushes her back to light. It is then shown that Bonnie breaks Kai Parker’s spell and manages to keep herself and Elena alive at the same time. She decides to travel the world as promised to Enzo and is seen leaving for Paris in the season finale.

Where to watch The Vampire Diaries?

The hit CW drama series The Vampire Diaries, which is set in the fictional town of Mystic Falls, is one of the most popular supernatural fantasy fictions. It is available on the platform Netflix to binge-watch. If you haven’t yet watched it, this is your sign, But if you did already, then relive your memories of the show by re watching it.

Also read: Guinevere Boyfriend: Who Is The Character Dating In Mobile Legends?