Which anime is Sakura Haruno from? 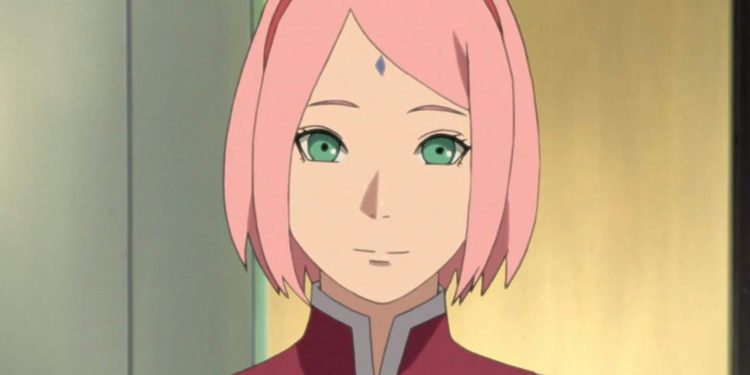 In anime, we have tons of characters who go from being a good-for-nothing brat to being someone who can stand for themselves as well as others. These characters are usually those who have a whole redemption arc to themselves. They are also the characters whose development takes the viewers by surprise. As the characters grow in terms of strength or just by improving their personalities, we see that their fanbase grows as well. Interestingly, it is these characters who are more realistic in the anime world.

We at OtakuKart believe that anime teaches us a lot of lessons that we can take along with us in our life’s journey. However, these characters let us know about the fact that there is always room to grow as long as we prioritize what is important and push ourselves forward. As Fuegoleon Vermillion from Black Clover says, “There isn’t any shame in being weak, the same is in staying weak”. Sakura is such a character.

“Sakura” is known as Cherry Blossoms in Japanese. They symbolize Spring and Renewal. Just like her name, the pink-haired characters gracefully blossom as the anime progresses. Initially being a character disliked by many, Sakura improves a lot which makes people like her. When the other characters in the anime trained on their superpowers, Sakura trained on becoming a better person. It is evident from the way she used to treat people and how she treats them now. As mentioned above, this makes her more human than the other characters in the anime.

Which Anime is Sakura from?

Sakura is one of the main protagonists of the anime Naruto, Naruto Shippuden, and Boruto: Naruto’s Next Generation.

In the first few episodes of the anime, Sakura indeed appeared to be an annoying character who only chased after her childhood crush, Sasuke Uchiha. She usually focused on her appearance, including growing her hair for Sasuke. Unfortunately for my main guy, Naruto had a crush on Sakura, too, at this point. This “puppy-love” would continue even when they are teenagers.

Although she had gained confidence in her appearance as a grown-up, when Sakura was younger, she was self-conscious about herself. People used to make fun of her for having a big forehead. Thanks to her childhood friend and future rival in “love” and later as a fellow ninja, Ino Yamanaka, she overcame this insecurity. Sakura used to go beyond measures to get Sasuke’s attention, and sadly, she used to ignore Naruto and think of him in a really shallow way. That was until Sasuke called her “Annoying,” the same word she used for Naruto.

Also Read: Will Naruto and Sakura Marry Each Other?

When Sasuke was marked by Orochimaru, Sakura began showing genuine concern for him, not only as somebody with a crush on him but also as a friend and team member. It was here when she cut off her long hair and decided that she needed to get stronger so that she wouldn’t have to rely on anybody else. She started focusing on improving herself. Along the way, she and Naruto began a beautiful friendship where Naruto is just being Naruto, and Sakura keeps him on track. Just like she showed concern for Sasuke as a friend, she began caring for Naruto too.

At the end of Naruto, Sakura makes up her mind to study under Lady Tsunade, who is the fifth Hokage of the village and also one of the Legendary Sannin. Because of her training for two years, the teenage Sakura has because stronger literally. It was surprising to watch her break through the ground using her physical strength. Since Tsunade is a medical ninja, Sakura too learned Medical Ninjutsu that would come in very handy in future battles. Perhaps the most legendary battle of hers was when she fought Sasori alongside grandma Chiyo.

Sakura’s change gave her what she wanted as a kid but through a better path. She grows up and marries Sasuke. Taking his clan’s name, she is now known as Sakura Uchiha. Together, they have a daughter named Sarada Uchiha. Since Sasuke is usually not at home, Sakura raised Sarada all on her own. She is now an independent character who has come a long way from being someone who relied on others.

Also Read: When is Sakura’s Birthday? Her Zodiac Sign and Personality Traits

When Will Shuumatsu no Harem return?