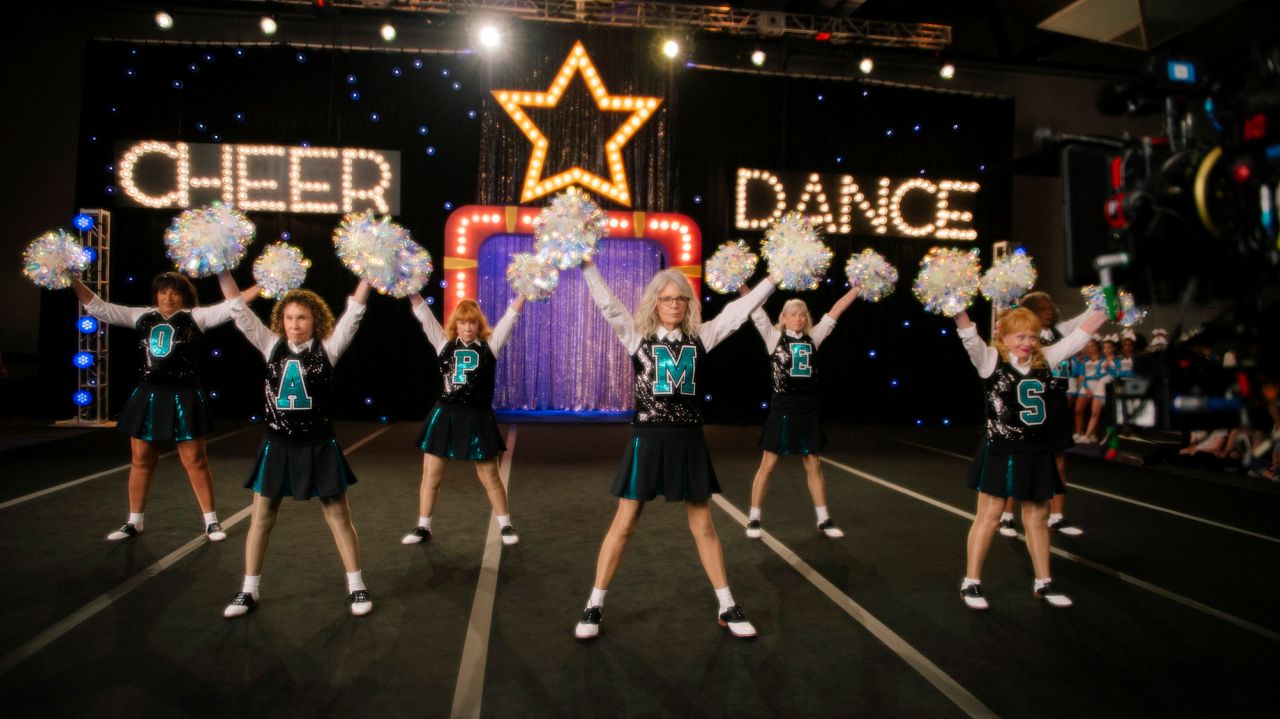 Today, we will look into, Where Was Poms Filmed? What happens when a group of ladies tries to take a trip back in memory lane and create a cheerleading team? Well, it leads to a whole lot of rib-tickling moments and confusion! With an excellent star cast including Diane Keaton, Celia Weston, Alisha Boe, and Phyllis Somerville, the movie is a must-watch for all. These actresses join forces for a movie that will make you feel good, laugh and cry as well!

A woman named Martha seems to be fed up with her life and her ongoing struggle with cancer. She soon takes a huge step ahead by stopping her treatment and moves into a retirement community. With nothing much to expect from this new journey, Martha moves into a new place. Little does she knows that life has some bigger plans for her! Poms is a beautiful and heartfelt movie that teaches us that it is never too late to pursue your dreams and go for that one last chance! As they say, Never say never! Let us look into all the details on Where Was Poms Filmed.

Where Was Poms Filmed?

To make sure that evening seems authentic, the majority of the movie scenes have been filmed in the retirement community of Sun Springs. It is the neighborhood where Keaton’s character relocated. Believe it or not but the cast and crew shot the scenes in Sun Springs, which is an actual retirement community called Sun City Peachtree Active Retirement Community. The popular center is well equipped with all kinds of advanced amenities and is located at 123 Creekside Court in the neighborhood of Griffin. 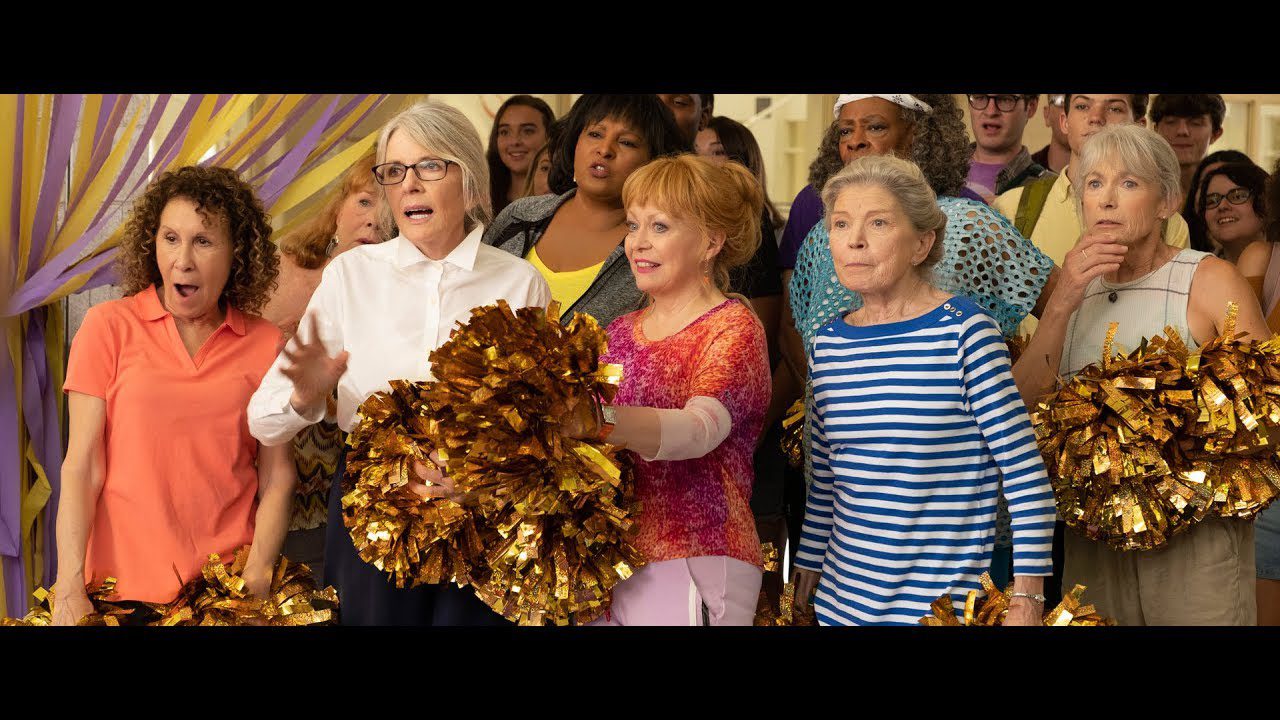 While most of the movie has been shot in Georgia, production commenced from July 2018 onwards. While the majority of the movie’s narrative moves in the state, the director chose to film in Georgia. The place is also popularly known as the Hollywood of the South. The shooting was done in an actual retirement community to make it look all real.

Also Read: The Exception Ending Explained: What Happened To Mieke At The End Of The War Flick?

Poms: Plot, Cast Details, And Where To Watch?

You can watch the movie on not one but two of the streaming platform giants Netflix and Amazon Prime Video. The movie kick starts with Martha, played by Diane Keaton, as she moves into the Sun Springs retirement community with a pessimistic perspective on life. She, however, has a change of heart after she meets Sheryl and tells her about her cheerleading past. If you haven’t watched the movie, here is the official trailer of the movie, Poms.

Soon after knowing about her past, the two decide to take a trip down the memory lane, the good lane. They end up forming a kick-ass squad to cheer for their senior community. Once they get their group together with some others, they decide to join a cheer dance competition to test their abilities. The movie ends with the number of cheerleading team members increasing. However, the members also had an emotional moment as they bid goodbye to Martha, and her funeral is performed. While Martha could not survive long, she passed away after doing something that she absolutely loved.

Is Poms Based On A Real-Life Story? 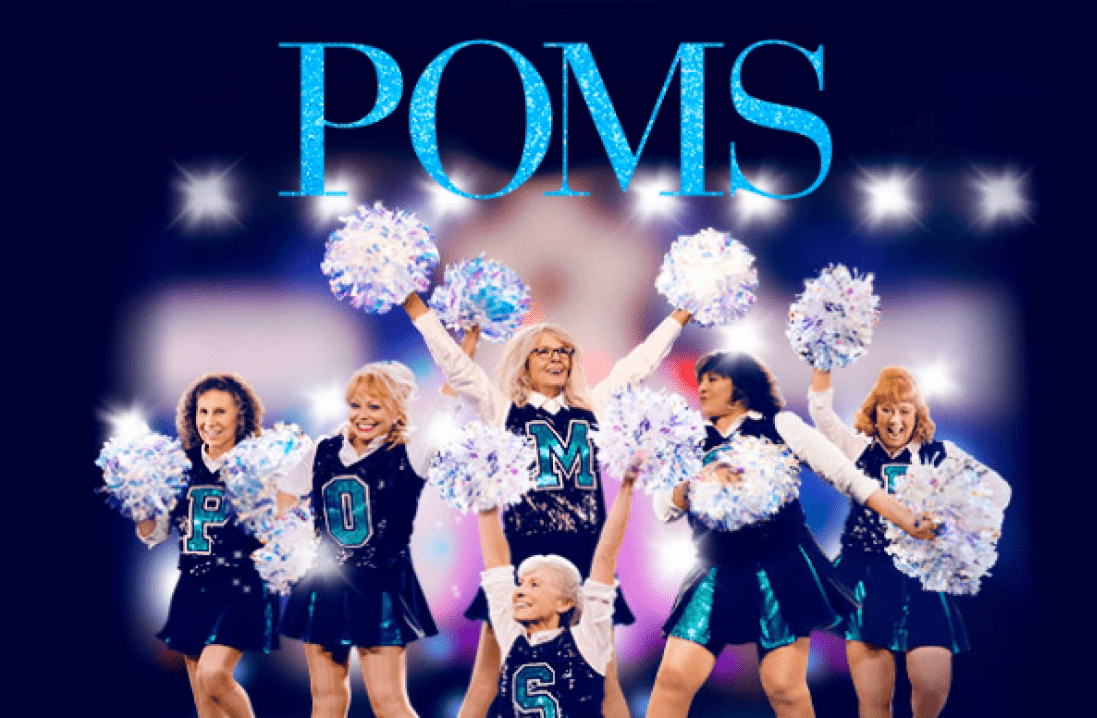 The cheerleading team on which the movie is loosely based upon a cheerleading squad first created back in the 70s initially as part of the Sun City Saints women’s softball team. Soon after they came into the public eye, they became Arizona legends. Just like in the movie, these women did not care about what others thought, and despite resistance, they formed a cheerleading team like never before. So, watch the feel-good movie at once.