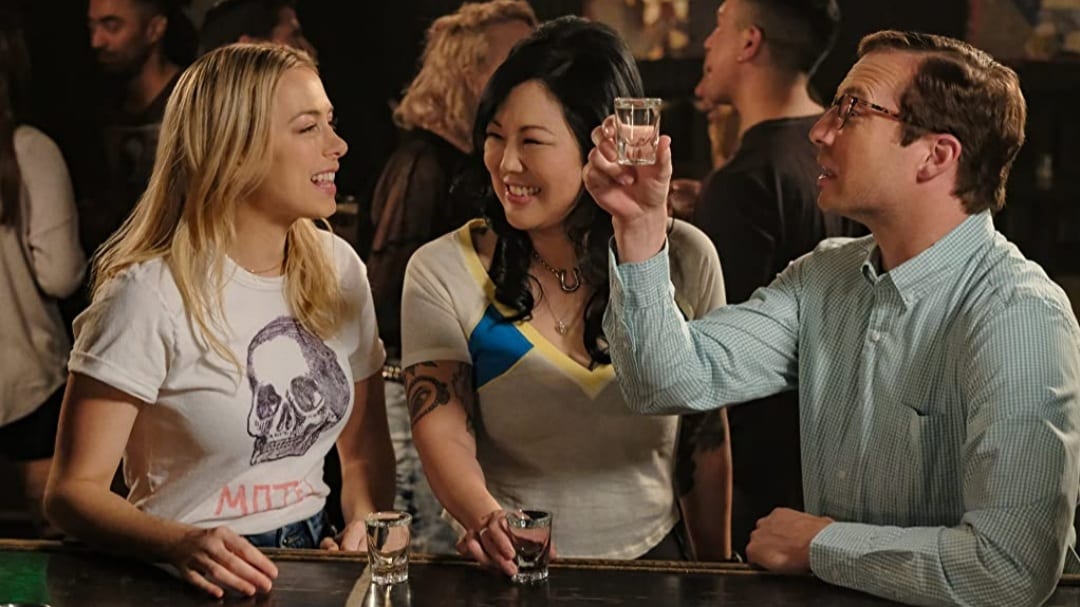 Good On Paper is a 2021 romantic comedy directed by Kimmy Gatewood. The film marks Kimmy’s directorial debut. Iliza Shlesinger, who also stars as one of the leads, had penned the screenplay. The cast also includes Ryan Hansen, Margaret Cho, Rebecca Rittenhouse, Matt McGorry, Tyler Cameron, and Taylor Hill. The film revolves around a stand-up comedian meeting a too-good-to-be-true guy and beginning a dodgy relationship with him. Han West, David Bernon, Paul Bernon, and Sam Slater have produced the film. Jonathan Sanford has composed the music for the film. Giles Dunning helmed the cinematography. Kyla Plewes served as the editor. The film’s a co-production between Burn Later Productions, Meridian Content, and Universal Pictures. Netflix released the film on June 23, 2021. The principal photography for the film started back in November 2019.

Iliza Shlesinger plays the lead as Andrea Singer, a stand-up comedian, and struggling actor. Iliza is a stand-up comic herself and the film is based on one of her own stand-up bits. Ryan Hansen plays Dennis Kelly, a seemingly sincere guy who proposes to Andrea after a good spell of platonic friendship. Margaret Cho plays Andrea’s only best friend, Margot. She runs a bar and regularly warns Andrea against the too-good-to-be-true Dennis. Rebecca Rittenhouse plays Andrea’s rival Serena Halstead. She bags roles after roles as Andrea struggles to barely get any, making her envious of Halstead. Matt McGorry plays Brett, Andrea’s dentist brother. Good On Paper is a film that Iliza Shlesinger has based on one of her stand-up bits. Her stand-up bit, in turn, revolved around a real-life experience she had. Let’s delve into the plot in detail! 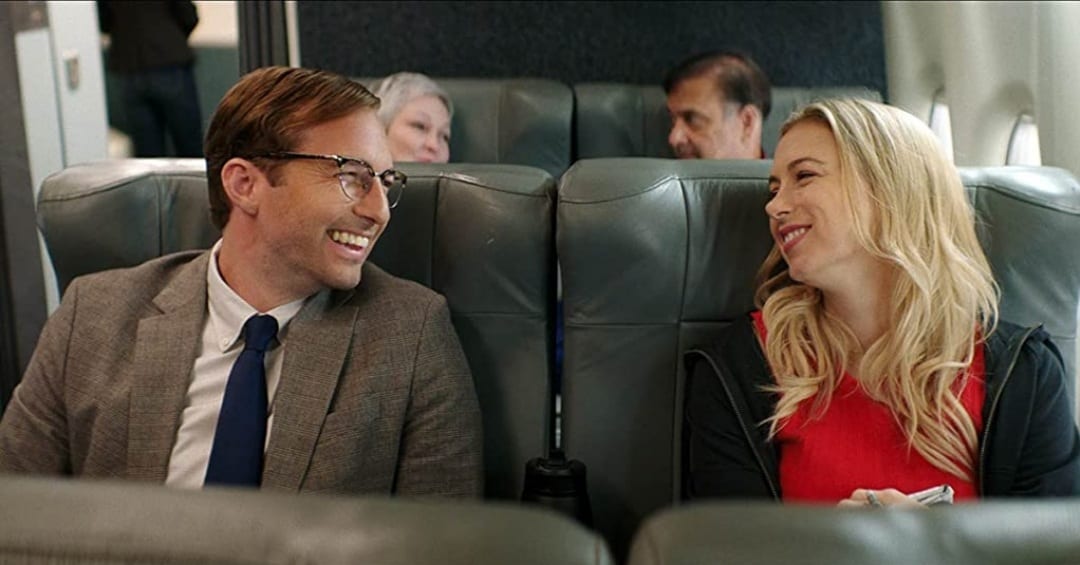 Dennis and Andrea meeting on the flight back to California.

What’s the Film About?

It follows a stand-up comedienne, who does great at stand-up but bombs at her audition. After managing to piss off the judges and getting irritated by her successful rival (Serena), she heads to the airport. There, she meets a straight, boring-looking guy who eventually sits beside her on the plane. Although indifferent at first, the smooth-talking hedge fund guy Dennis seems alright to Andrea. He seems like a normal guy, like “an accountant who loves missionary.” After having a pleasant conversation with Dennis, Andrea and he meet again. He comes to visit her stand-up and then they drink together in Andrea’s friend Margot’s bar. Andrea is charmed by this hedge fund guy more and more and soon they develop a friendship. As they start hanging out more and more, they become close friends. However, Andrea still sees him as a really good friend.

Then Dennis drops the bombshell and proposes to her. Although not down with it at first, and Margot also objecting, Andrea eventually falls for him. After a crazy night, they have sex and Andrea says yes to being his girlfriend. While Andrea sees in him a reliable and supportive partner, Margot grows ever so suspicious. Margot keeps warning Andrea but Andrea wants to trust Dennis, which she does. Margot then starts digging into Dennis’s background and discovers a lot of holes and inconsistencies. However, Dennis keeps maintaining his lies and convince Andrea of his fabricated story. But with time, Margot keeps telling Andrea about more of his lies and Andrea starts suspecting him too. As suspicions grow stronger and Dennis’s story loses cohesion, Andrea teams up with Margot to pull the facade off Dennis. 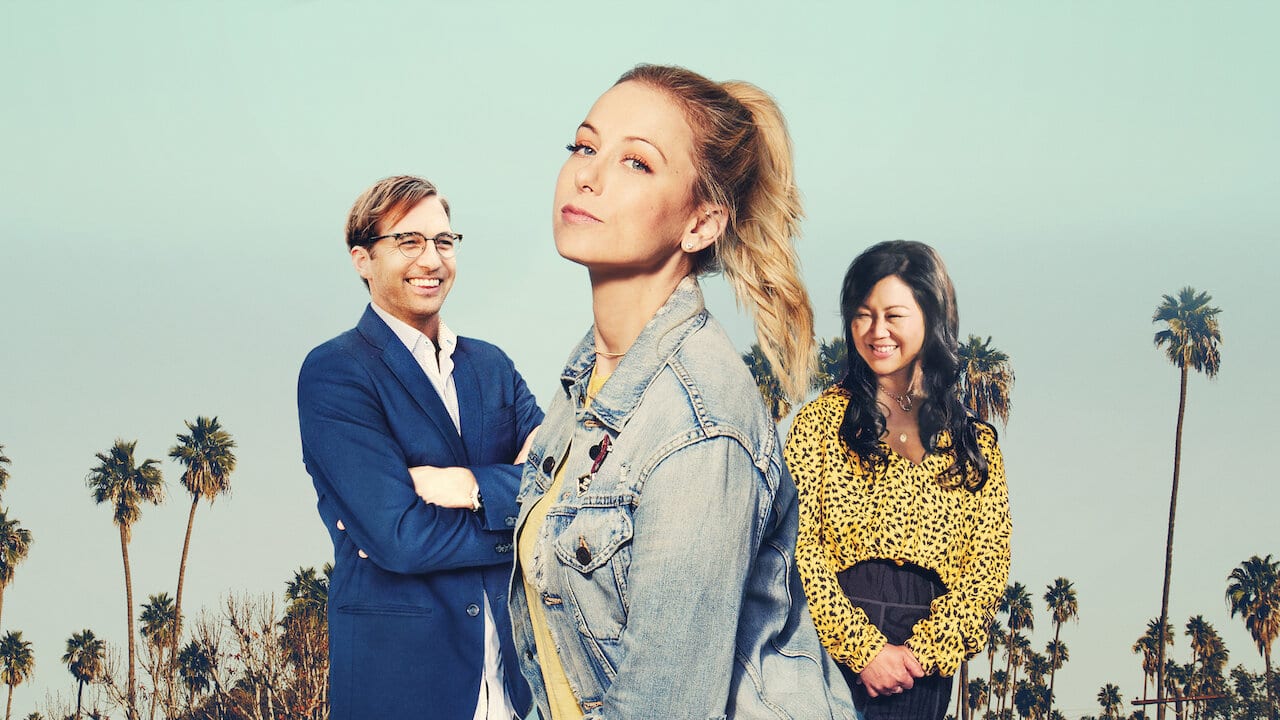 All of Good On Paper was shot in California. There are various real places that feature in the film. Most of the film contains indoor shots and that’s why most of it was filmed inside studios. The shots of the airport were also filmed inside. We also see the famous Comedy Store making an appearance in the film. Andrea performs her stand-up there and just somewhere in the vicinity is her friend Margo running a bar. The shots of the street outside the house that Dennis lived in were all filmed in the Los Angeles neighborhood.

Primary locations throughout the film are Margot’s bar, the comedy store, and Andrea’s house. These are all located in West Hollywood, Los Angeles. From the numerous indoor shots of characters interacting with each other to moving around the city in the car, the convenient setting also helps lend the film some credibility. Auditions, the airport, the Comedy Store, and the billboards — the film’s principal photography took place exclusively in LA, California.