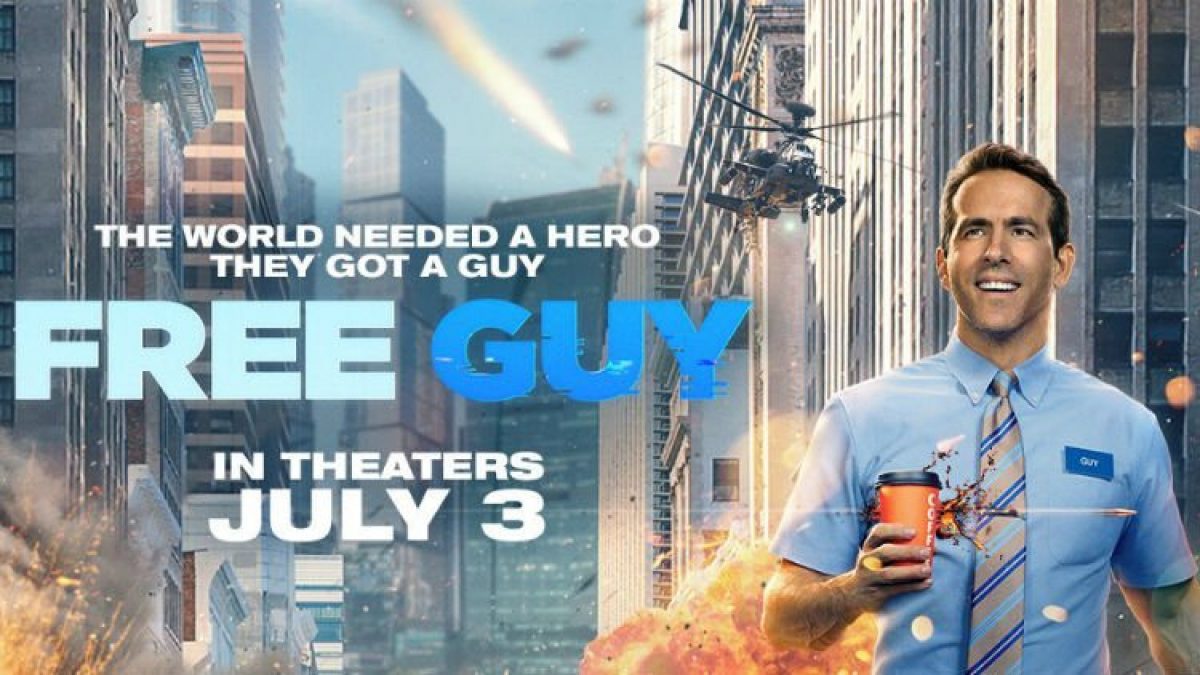 Where was the Free Guy movie filmed? The movie mingled gigantic skyscrapers, chaotic streets of big cities, and endless asphalts leading to a beautiful beach coastline. Free Guy is an American sci-fi action comedy movie directed by Shawn Levy, screenplay by Matt Lieberman and Zak Penn, and a story by Lieberman. The film starred Ryan Reynolds, Jodie Corner, Lil Rel Howery, Utkarsh Ambudkar, Joe Keery, Taika Waititi, etc. The movie truly represents the dream of all gamers where we want to live in the game and save our friends and family from evil. How amazing would it be if this happens?

The film was supposed to be released a year ago. But due to the COVID-19 pandemic, it was delayed. Eventually, the movie was released theatrically in the United States on 13 August 2021. It has been only a few weeks, but the film is getting considerably positive feedback. It is praised for the cleaver concept and a favorable combination of The Truman Show, Read Player One, and Grand Theft Auto. The story follows a bank teller who discovers that he is actually a non-player character of an open-world video game. Thus, his journey begins to save his friends from deletion by the creator of the game. The film was shot in various corners of cities, sky-high towers, and bustling streets, making you feel nostalgic for your everyday busy city life.

So, let’s see Where Was Free Guy Movie Filmed?

Where Was Free Guy Movie Filmed?

Free Guy is filmed at several locations. If you wonder how the world would look in a video game, watch the Free Guy movie, and you will get the answer. The film displayed an illustration of how our world looks like in a video game. It has shown numerous local appeals, making it as close as possible to the real world yet keeping the concept of a video game metropolis. It shows Free Guy filmed on locations such as at the Framingham National Bank, Worcester, under the bridge, Liberty Square, and other sites on the Financial District and at the Hangout in Weymouth’s Union Point. 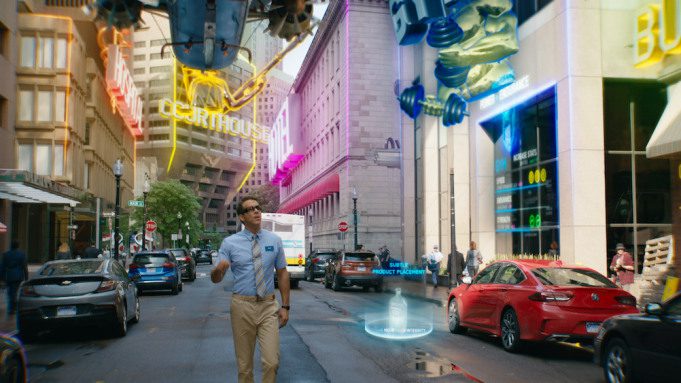 Guy (Ryan Reynold) running around the streets after finding a pair of glasses that shows real players.

That is not all. The movie’s charm flows to the Revere Beach coastline to just step away from downtown Boston where the climax rolls out. Also, another scene was filmed on Devonshire Street where a flamethrower-welding guy was wreaking havoc. If you see in the details, The bank location showed at 74 Concord St., Framingham, the Bank exterior at Liberty, Boston, while the studio at Weymouth, Massachusetts. The ice cream scene was filmed at Fan Pier Park, Boston. The additional photography is done at Paramount Studio- 5555 Melrose Avenue, Hollywood, LA, California. Apart from the beach scene, most scenes were filmed in the hustle-bustle of the big city.

The plot of Free Guy revolves around a bank teller named Guy (Ryan Reynolds), who is a non-player character in a video game called Free City. Guy loves his monotonous lifestyle. He wakes ups, says “Good Morning” to his goldfish, buys the same coffee every single day, and goes to work at the bank (frequently robbed by actual players) with his best pal Buddy (Lil Rel Howery). This cycle repeats every day without a single beat missing. Guy does not know he is an NPC but still dreams of meeting someone special.

One day he finally sees her, Molotov Girl (Jodie Comer). It seems his dream comes true, and to spend more time with her, Guy steals a pair of glasses for himself and begins “leveling up”. In order to level up, he starts doing good deeds rather than performing acts of violence. However, things do not remain the same. In the real world, Guy acts viral on the internet, provoking crafty game developer Antoine (Taika Waititi). Antoine tries to shut him and the game down. But the original developer of the game whose game Antoine stole, Keys (Joe Keery), thinks there is something more to Guy’s behavior. And what could it be? That is what the Free Guy movie will reveal to you.

Even though it has been only a few weeks, the Free Guy movie is receiving positive feedback. We can even go as far as and say it is an above-average movie. The film was praised for blending a clever concept, sweet and self-aware humor, and a charming cast. All characters seem to have charm audiences with their vibrant, sweet, and endearing personality. All the sites and individual critics have given it above average score resulting in the second best of Reynold’s career. After the film’s successful first-day box office hit, Reynolds confirmed that Disney wanted a sequel. Whether the sequel happens or not, only time will tell. Until then, watch Free Guy movie with a box of popcorn, a perfect movie time with your gamer buddies.