Where is Tilly In The Strictly Final, Who Won The Final Of Strictly Come Dancing?

Strictly Come Dancing (unofficially known as Strictly) is a British television dance competition that attracts athletes, celebrities and other people. 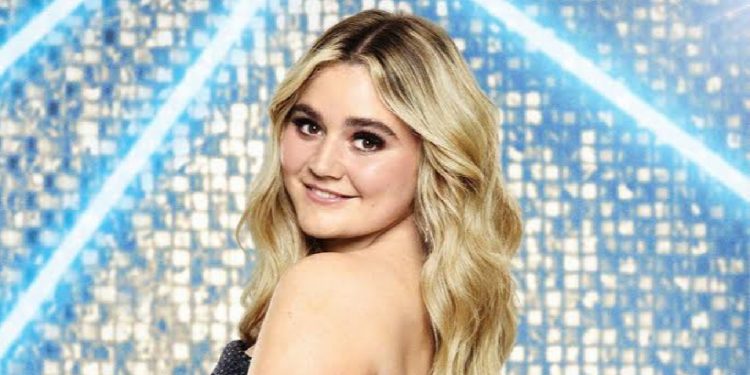 Rose Ayling-Ellis & Giovanni Pernice were crowned 2021 Strictly Come Dancing Champions as they jointly lifted the Glitterball trophy. Before the winners of the 19th series were announced, the previous competitors who had dropped out were welcomed back and ushered into an epic group performance on the dance floor for the last time. When celebrities joined their professional partners, Where was Tilly in the Strictly final? Well, in this article, we will find out the reason for Tilly Ramsay’s absence. But first, let’s take a quick look at Tilly. So let’s get started. Tilly was born on November 8, 2001, in London, United Kingdom, and turned 20 years old, this year. At birth, her parents named her Matilda Elizabeth Ramsay. Her father’s name is Gordon Ramsay, while her mother’s name is Tana Ramsay.

Her father is a well-known British chef and television personality who has hosted several television shows about competitive cooking and eating. On the other hand, her mother is a moderator and author of several cookbooks. Tilly is the fourth child of Gordon Ramsay. She grew up with her four siblings Oscar, Holly, Anna, Jack, and Megan. Tilly is currently studying psychology at the university but has not disclosed details about the institution. Tilly can look ahead to a successful career as a TV presenter, writer, and cook. She has amassed a sizable fortune during her career. Her net worth is estimated at $1 to 5 million. Most of Tilly’s net worth comes from the salary she receives from appearing on television.

Where Was Tilly In The Strictly Final?

Tilly Ramsay was absent from the Strictly Come Dancing finale on Saturday night because she was isolated for Covid according to government guidelines. She announced the sad news that she would not be participating in the final of Strictly Come Dancing on the weekend after testing positive for Covid-19. Working with professional dancer Nikita Kuzmin on the BBC show, the 20-year-old dancer had to return for her last special group dance on the weekend after being turned down on the show last month.

Ramsay shared the sad news on social media and announced to her 1.2 million followers on Instagram that her absence was due to coronavirus infection. She wrote: “So sad that I missed the Strictly final – but unfortunately, I have tested positive for Covid, so I’ll be watching from my couch on Saturday night and applauding the great finalists from home.” The chef and influencer on social media said she “wished everyone lots of love and happiness,” and her post later received congratulations from her followers. She is not the only former contestant who will not return to the group tournament in the final, as Robert Webb announced this week that he would also not be able to participate.

Who is the Strictly Come Dancing 2021 Winner?

Rose and Giovanni won the coveted trophy, with Rose becoming the first deaf person to win at Strictly Come Dancing, with the pair picking up perfect scores in the final. After his victory, Giovanni praised the “amazing” woman who made all her “dreams come true” and called it a “dream”. Rose herself was almost at a loss for words and called her partner “a great teacher and a wonderful friend” and said the Italian professional would always have “a part of her heart”.

Things were a little different this year – with just two pairs running in the final after AJ Odudu and Kai Widdrington retired at the last minute – but they were as exciting as ever when former roast-off champion John Waite competed against EastEnders actress Rose Ayling Ellis and both the pair proved to be equal throughout the show. There is no doubt that Rose, who is the first Deaf contestant on the show, is truly noteworthy. The 27-year-old actress not only achieved the earliest perfect score of the show’s 40, but she’s made a big step for the Deaf community by highlighting attitudes towards disability.

What is Strictly Come Dancing?

Strictly Come Dancing (unofficially known as Strictly) is a British television dance competition that attracts athletes, celebrities, and other people from all walks of life. Each pair is rated out of 10 by the jury. The show’s title suggests a sequel to the long-running Come Dancing series, with the illusion of a Strictly Ballroom film. The format has been exported to more than 40 other countries and has also inspired a spin-off of the modern dance theme Strictly Dance Fever. The famous show first aired on BBC One on May 15, 2004, mostly Saturday nights, the next show with results on Sunday nights (with certain exceptions) and with high ratings, Strictly Come Dancing, has become a major program in British popular culture.

Strictly Come Dancing: Should We Expect Another Run In 2022?

Curb Your Enthusiasm Season 11 Episode 10: How Far Will Larry Go In The Season Finale?