Where is Some Like It Hot Filmed? Filming Locations Revealed 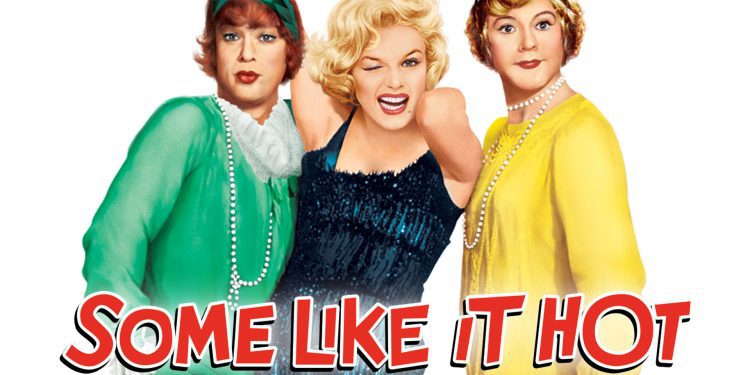 Some Like It Hot was released in 1959, and it soon became a critical and commercial success. And now, it is being considered to be one of the greatest films of all time. It was a huge success when it was first released, as more and more people went to watch the romantic comedy. The screenplay written by Billy Wilder and I.A.L Diamond is based on another screenplay by Robert Thoeren and Michael Logan from the French film Fanfare of Love, released in 1935. The film was directed and produced by Billy Wilder.

The film was nominated for 6 Academy Awards including, Best Actor, Best Director, and Best Adapted Screenplay. It eventually won the award for Best Costume Design. Having so many accolades to its name, the viewers of the film would want to know where the filming locations for Some Like It Hot are situated, so they could visit them themselves. We shall present them to you here.

The movie is known for its prominent star cast and its humor. Viewers were very pleased after watching the movie. The success of the film is credited with the replacement of the Hays Code, as it features LGBTQ+ related themes including, cross-dressing. The Library of Congress selected the film as one of its first 25 films for preservation in the United States National Film Registry for being culturally, historically, and aesthetically significant.

In Prohibition-era Chicago, Joe, a jazz saxophone player, and ladies man, and Jerry, a jazz double bass player, witness a gang leader and his henchmen murdering a police informant. The murder was inspired by the real-life Saint Valentine’s Day Massacre. Played by Tony Curtis and Jack Lemmon, respectively, the pair realize that the gangster is the owner of the Speakeasy that they work at. When they are seen by the gangster, they flee by disguising themselves as women named Josephine and Daphne. They then join Sweet Sue, played by Joan Shawlee, and her Society Syncopaters, an all-female band headed to Miami. On the train, the pair meet Sugar Kane, played by Marilyn Monroe, the band’s singer and ukulele player.

Joe, disguised as Josephine, falls for Sugar and tries to win her affection. Sugar. However, she confides in “Josephine” that she has sworn off saxophone players and hopes to find a millionaire in Florida instead. On hearing this, when they reach Miami, Joe dawns the second disguise of millionaire Junior, the heir to a company called Shell Oil. Meanwhile, “Daphne has caught the eye of an actual millionaire named Osgood, played by Joe E. Brown. In an attempt to woo Sugar, “Junior” takes her on Osgood’s yacht, where he tells her that psychological trauma has left him impotent and frigid and that he would marry anyone who would cure him.

Later, the hotel holds a conference which turns out to be a front for a meeting of the national crime syndicate. The gangster from whom the pair have been running from is in attendance at this meeting and recognizes them. They then realize that they have to flee again, so “Junior” breaks Sugar’s heart by telling her that he has to marry a woman of his father’s choosing and move to Venezuela.

The pair eventually again witness the murder of the gangster they were running from by a different mob boss and flee through the hotel. They flee on Osgood’s yacht and are accompanied by Sugar as well. Joe eventually comes clean to Sugar about everything, and she forgives him. Meanwhile, “Daphne,” tells Osgood all the reasons they cannot get married, ranging from a smoking habit to infertility. When Osgood dismisses all of these, Jerry finally removes his wig and says, ” I’m a man!” to which Osgood replies, ” Well, nobody’s perfect.”

The filming locations for Some Like It Hot were situated in California during the summer and autumn of 1958. According to a report by AFI, it was filmed between early August and November 12th, 1958, at Samuel Goldwin Studios. Many of the scenes were shot in Hotel Del Coronado in Coronado, California. The hotel made Hollywood history when it became the setting of this classic comedy. As film historian Laurence Maslon, who authored a companion book about the film, wrote, with the addition of “the famously photogenic Del Coronado, it’s easy to see why this movie has stood the test of time.” Hotel Del Coronado’s vantage Victorian architecture provided an era-appropriate backdrop.

Top 10 Anime Betrayals That Shocked Everyone

Naga Chaitanya Opens Up on Divorce with Samantha Ruth: Split of ‘ChaySam’