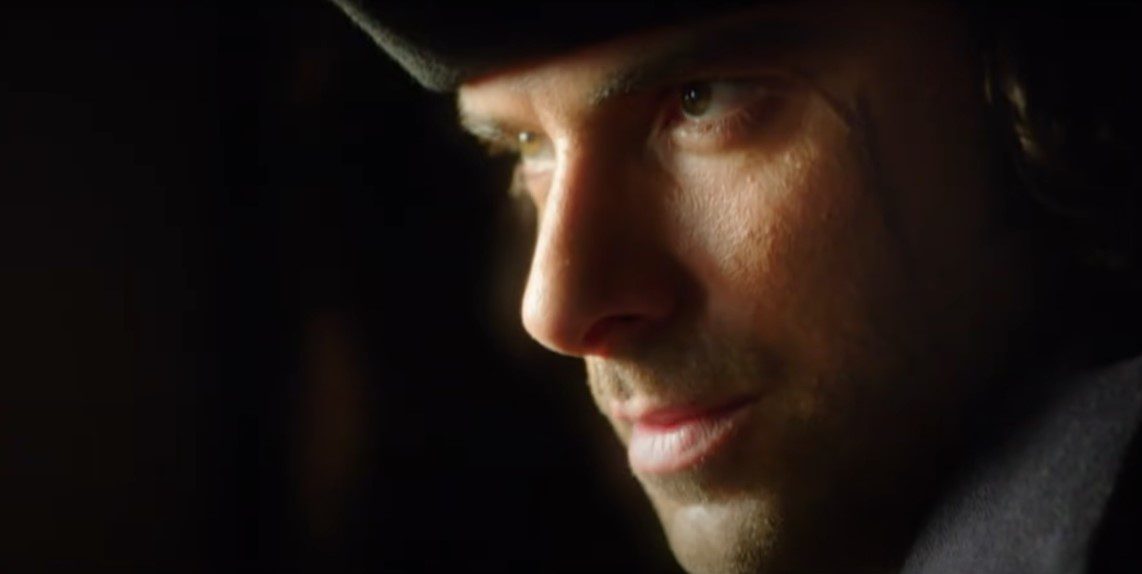 Where was Poldark filmed?

Debbie Horsfield’s 2015 adaptation of the Winston Graham novels starring Aidan Turner as the main protagonist for the BBC had a big following. Poldark is a historical drama set between 1781 and 1801 about a man returning to England after his country lost the American Dominion to the 13 colonies. Additionally, this was the second on-screen adaptation of these Winston Graham novels, with the first ones showing up in the mid-1970s. Today we will focus on where is Poldark filmed.

Poldark had a total of five series. The first BBC series debuted in 2015. Each season was renewed yearly until 2019, when the final season aired from July to August 2019. Moreover, this period piece had beautiful photography. And that’s thanks to Cinders Forshaw under the edition of Robin Hill. Additionally, “Poldark” was one of the last commissions of Danny Cohen when he was at the helm of BBC One. Now without any further ado, let’s cover the Poldark filming locations.

Where is Poldark filmed?

Poldark was filmed in England by Mammoth Screen productions at The Bottle Yard Studios in Bristol. Across the history of the series, the set had a total of more than 20 sets built in three studios. The sets were perfectly designed to include five houses like Cornwall and London for Poldark, the Warleggans, and Whitworth Vicarage, as well as a replica of the House of Commons. As for the locations, the producers picked the north Cornwall sector, the Botallack Mines in St Just in Penwith, as well as the beaches of Church Cove. Many town scenes were shot at Corsham in Wiltshire as well as in Frome, Somerset. But the outdoor scenes don’t end there. There are many! Underground scenes took place at Cornwall’s Poldark Mine.

In 1783, Captain Ross Vennor Poldark returned to his village of Nampara in Cornwall after three years in the military. When he goes home, he discovers that his father, Joshua, has died, that his estate is in shambles and severely in debt, and that his childhood sweetheart, Elizabeth, has been engaged to his cousin Francis. In the Truro market, he meets a young girl called Demelza Carne and hires her as a storeroom maid. They do, however, fall in love and marry in 1787. The narrative follows the lives of Ross and Demelza, Elizabeth and Francis, and George Warleggan as they deal with their marriages, lost loves, death, the birth of their children, and war throughout the course of five episodes.

If you wish to watch this period piece by BBC One online, the Internet gives you a few options. Firstly, the show is available for streaming on Amazon Prime Video and the PBS Masterpiece Amazon Channel for the extra US $5,99 at the end of the month on top of your regular Prime Video subscription. And that will get you a lot of shows like Endeavour, Grantchester, and Around the World in 80 days. If you don’t have Prime Video, you still have a couple of choices. Poldark is also available for buy or rent on iTunes, Google Play Movies, Vudu, and Spectrum. Moreover, Poldark is available on Netflix, but only for the first four seasons.

Also Read: Where Is Wrapped up in Christmas Filmed? Locations, Cast & Plot

Ross pretended to be a spy for the French in order to preserve his skin and even looked to be getting close to Tess Tregidden (Sofia Oxenham). When his wife Demelza (Eleanor Tomlinson) confronted him after following him to the shuttered Wheal Leisure mine, he refused to inform her about his deception. Unsurprisingly, Demelza grabbed their children and abandoned Ross for his deception, showing up at the Enys family house and making arrangements to sail to Lisbon or Jamaica to start a new life for her family.

Fortunately, it was all a deception, as Demelza quickly found. Ross collected critical tactical information from General Toussaint (Nico Rogner) with the assistance of Dr. Dwight Enys (Luke Norris) and attempted to pass it on to the authorities. The intelligence, however, was intercepted by Joseph Merceron (Tim Dutton) and Ralph Hanson (Peter Sullivan), who attempted to use it to assassinate Ross by revealing his actual intentions to General Toussaint. Demelza appeared suddenly and managed to stop the general from murdering Ross outright thanks to a stroke of luck.

Merceron and Hanson get punished

Instead, the two men agreed to sword combat to the death. Ross seemed to have the upper hand while swashbuckling, prompting Merceron to take things into his own hands and try to assassinate the miner’s owner. As fate would have it, George Warleggan (Jack Farthing) came suddenly to Nampara and rescued the day by killing General Toussaint and wounded Merceron. Ross and Demelza lauded George as a hero for his act of selflessness. Despite the banker’s attempt to justify his actions as just serving his nation, both Ross and Demelza commended him for his prompt efforts.

Later on, much to George’s displeasure, Ross and George seemed to be on friendly terms, prompting the mine owner to speculate that they had returned to their “normal antagonism.” Ross was suitably recognized for his activities when his information reached the authorities. Meanwhile, Hanson and Merceron were imprisoned and sentenced for a slew of offenses, including torture. Their retaliation did nothing to avenge the loss of the dearly departed Ned Despard (Vincent Regan). Enys and Caroline (Gabriella Wilde) reunited after much difficulty this season over Kitty Despard (Kerri McLean).

Caroline revealed that her coldness and jealously towards Kitty stemmed from her own anxieties of becoming too close to her husband and having another loss. However, both husband and wife agreed to keep trying for a child. Trenwith was abandoned by George. George’s conclusion was gloomy as he left Trenwith and the spirit of his late wife Elizabeth behind (Heida Reed). He told Ross and Demelza that he would be alternating between his Truro and London residences from now on.

Also Read: 10 Anime Series To Watch During Halloween In 2021

In one last twist, he advised the couple that any requests for his son Valentine to visit them at Nampara should be rejected since he had “no related” to them. Both reluctantly consented to his desires. Poldark was dispatched on a special mission to spy on the French after impressing the British authorities with his deception. Enys, a friend and former army buddy, was responsible for transmitting military information back to the British in order to forestall any Napoleonic invasions. Demelza had Ross swear to return for the birth of their kid as he prepared to leave for France.

Also Read: Where is The Dirty Dozen Filmed? All Locations of the 1967 War Film