Where is No Demo Reno Filmed? Filming Locations and Cast Details for the Show!

In this article, we will talk about where is No Demo Reno filmed and where are these amazing looking houses situated? 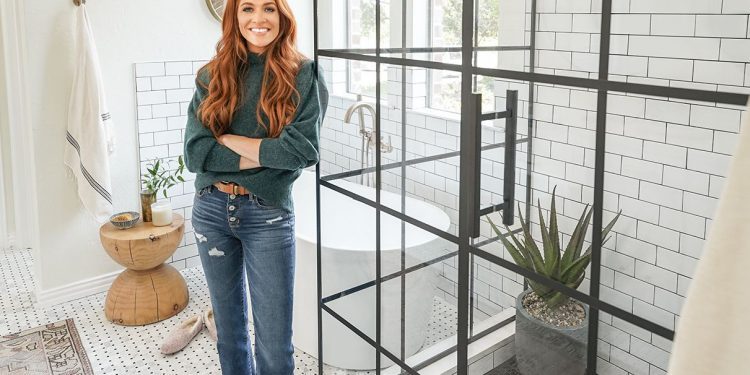 If you are into interior designing or just enjoy watching shows that give houses some unbelievable makeovers, then “No Demo Reno” is a new show for you! However, this is not just any ordinary show where you will see the house being torn apart and rebuilt from scratch. The show will, in fact, give you a ton of hacks on how to avoid all these extensive demolitions and constructions to achieve the house of your dreams. In this article, we will talk about where is No Demo Reno filmed and where are these amazing-looking houses situated?

The host of the show Jennifer Todryk will show her audience how doing certain small changes inside the house can make a big difference in the outlook. Are you bored of living in the same house and everything following the same theme? Also, you do not need to feel worried about hiring contractors and making big renovations. All you have to do is try to follow the advice that Jennifer Todryk gives you, and you are all set to go.

Where is No Demo Reno Filmed?

Once you start watching the show, one thing that you will keep wondering to yourself is where are all these houses located? Where is No Demo Reno filmed? And we have the answer ready for you! It is in Dallas. Precisely, Todryk targets the houses in Dallas, Texas, for her home project. No wonder that the houses look so gorgeous and aesthetically pleasing. The show runs for ten episodes, and all the episodes are shot in the same city. Dallas has been a choice for shooting several movies and shows like Tenet, Independence Day, Friday Nights Light, Cruel Summer, etc.

Additionally, this is also not the first show that HGTV is shooting in Texas. They have also shot shows like Fixer Upper, which was shot in Waco, and Restoring Galveston, whose name suggests it was shot in Galveston. Texas has been recently the hub for reality T.V. shows, especially the DIY ones, for some reason. We are not complaining about it, but it is nice to see reality T.V. shows based on places other than L.A.

Also Read, Where Is ‘The Shack’ Filmed? Filming Locations & Streaming Details – Where To Watch?

No Demo Reno was quite famous at the time it was released. It is considered to be one of the best shows by HGTV at present. Hence, after the ten episodes, fans were left with only one question: Will there be a No Demo Reno Season 2? And the answer is yes! HGTV has renewed the show, and the 2nd season might come out in the summer of 2022. Hence, if you are interested in watching the series or have not completed the show yet, we recommend you complete the first season as soon as possible.

Not as much as a controversy but more of people dissatisfied with the title of the show and the marketing of the show. Some of the Reddit users were quite disappointed over the fact that the show has been named “No Demo Remo,” whereas a renovation is not completely possible without even a bit of demolition. Some of them were pretty uncomfortable over the fact that they are calling the switching and mixing of things as renovation. The show’s premise is that there would be almost no construction work involved with the houses, and hence Todryk mostly tries to change the outlook of the house on a budget. She achieves this by trying to rearrange things appropriately and refurnishing a few things around the house. The fans think that HGTV has not well marketed the show and needs to change things up.

However, whatever the people might say, the show is running quite successfully, and HGTV has already decided to bring the show for another season. It will be interesting to see if they decide to take the fans’ feedback into account or not.

Lee Chaeyeon Now Officialy Has Her Own TikTok Account