Where Is Goodnight Mister Tom Filmed? Locations, Cast and Plot! 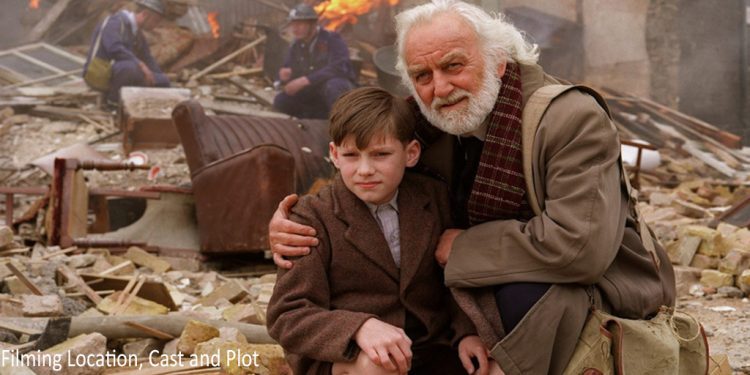 Goodnight Mister Tom is a film which is an adaptation of the 1981 novel of the same name. Michelle Magorian wrote this novel. For this novel, Magorian won the annual award for Guardian Children’s Fiction Prize. The novel was a runner-up for many other awards after its release. In 2003 BBC released a survey, The Big Read, where Goodnight Mister Tom is listed at 49th place. The novel was the inspiration for its two adaptations, a theatrical adaptation and a movie adaptation. Both of them won awards in their respective fields.

Set during World War II, in September 1939, when the United Kingdom declared war on Nazi Germany, children were evacuated from the city to the countryside for their protection. The story revolves around the titular character Mister Tom Oakley, a widower who lost his wife and daughter to scarlet fever. Since then, he has withdrawn from life and has become a bitter man. He takes on an evacuee named William “Willie” Beech. Willie is from an abusive household and is very apprehensive of Mr. Tom. Friendship, the family, finding oneself, life, death, fitting in, grieving, motivation, control, freedom, and growth are some of its main themes.

Tom Oakley takes in an evacuee named William “Willie” Beech during World War 2. During the movie, Tom learns the background of Willie. Tom pities him and tries to undamaged and improve his life by providing him with new and good clothes and education. Willie and Mr. Tom both grow close during this time.

On Willie’s tenth birthday, his mother asks him to come to London to meet her as she is ill. But it is a lie by his mother when he arrives there. Due to a misunderstanding between mother and son, she locks Willie in an understairs cupboard with his baby half-sister Trudy. After an air-raid, Mr. Tom has an instinct that Willie is in danger and starts searching for him. He learns from a neighbor that Willie’s mother has evacuated. But along with an A.R.P Warden, Ralph, they smell something stinky coming from Willie’s house. They rush and find Willie, with his baby sister Trudy dead, bloodied in the cupboard.

Then he is taken care of in a hospital. Dr. Stelton, a psychiatrist for a children’s home in Sussex, asks Willie to come with him so that he can give willie the psychiatric treatment. But Mr. Tom kidnaps him from the hospital and, they again start living together where Willie learns everything new again. Willie goes into a depression and starts withdrawing from life after learning about the death of his best friend, Zach. Mr. Tom stops Willie from going the same path as he did by telling him that a person will always be there if he lives in someone’s heart, even if they are physically gone from the world. Willie overcomes his grief and learns to ride the bicycle as a farewell gift to Zach. The film ends with Willie going down a slope with the bicycle and stops before Tom and calls him dad.

Also Read: Where Is Pretty Little Liars Filmed? All About The Story And Locations!

The filming locations for Goodnight Mister Tom were mainly in Turville, Buckinghamshire, England. All the village outdoor scenes are shot in Turville. The Cottage in which Mr. Tom lives in the film is known to fans as the Chocolate box cottage. The location and Cottage are famous sites for filming to this day. The Cottage recently went onto sale for £795 thousand.

Other locations include Severn Valley Railway in Arley, Worcestershire for the country station shots, Great Central Railway in Loughborough, and Leicestershire for the London Station shots. The locomotive used in the film was GWR Mogul 7325. The “Weathered” effect was given in an attempt to camouflage the post-War British Railway livery. The train which brings the evacuees to the station is 7335 carriage and three GWR carriages.

Characters Stronger than Levi in Attack on Titan