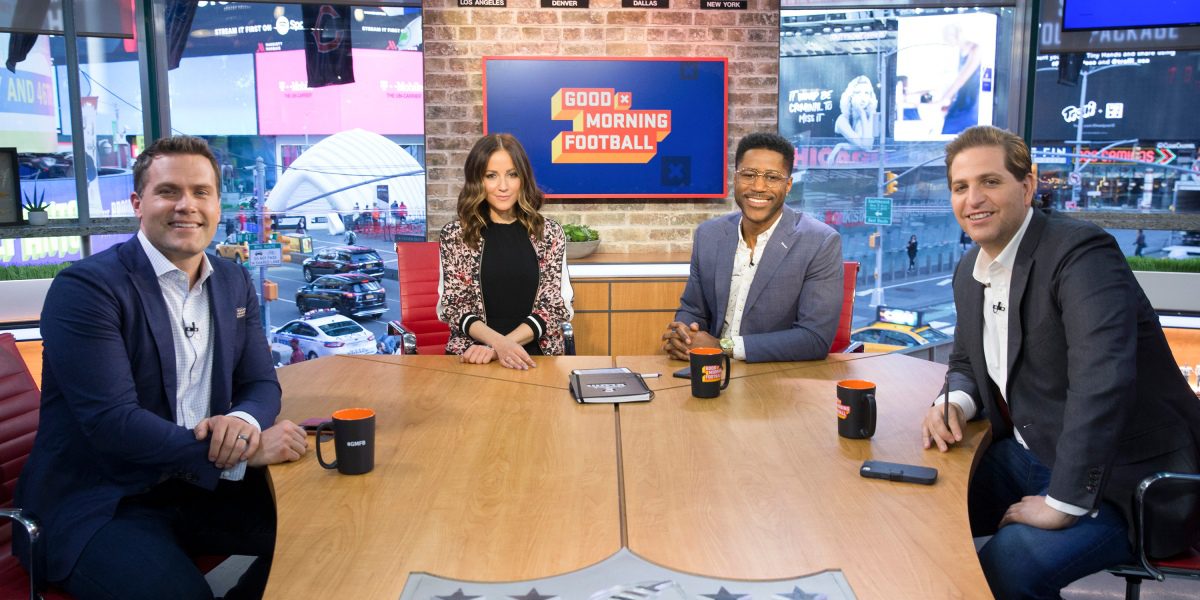 Good Morning Football is watched by almost every American living in the States right now, and we can obviously never miss the game. The commentaries given by the hosts during the season obviously take so much enthusiasm and radiate the positive vibes of the game and sports we all need. This show started airing on the 1st of August 2016 and has never stopped since. It is life every day from 7 AM as per the Eastern Time till 10 AM. All the hosts huddle around and discuss the National Football League and its updates. They also provide the fans with other news.

On weekdays, the program is hosted by Kay Adams as well as Kyle Brandt and Peter Schrager. They have an eccentric sense of humor and give off the morning news vibes, which the football fans always love to hear. As for the weekends, we have Colleen Wolfe filling in for our hosts. She is a beautiful, talented lady who works hard even on weekends to keep us posted with updates. Michael Robinson, as well as DeAngelo Hall, along with other analysts for the program, appear on the show throughout the week. Bush and Smith Senior work full time on weekends.

Now, the regular who is featured all through the week is Mike Garafolo. He happens to be an NFL insider. Well, you guys should know that Good Morning Football is the first-ever NFL Network program that started in New York. There has never been such a show since the network initially launched back in 2003. As for the production details of the news series, it is all handled under the banner of Sony Pictures Television and their substitute Embassy Row. Michael Davies is the CEO of the company and also executively produces the show. It was in May of 2018 that Good Morning Football saw a great change in its broadcasting network. It changed its home from CBS Broadcast Center to 20 Times Square. 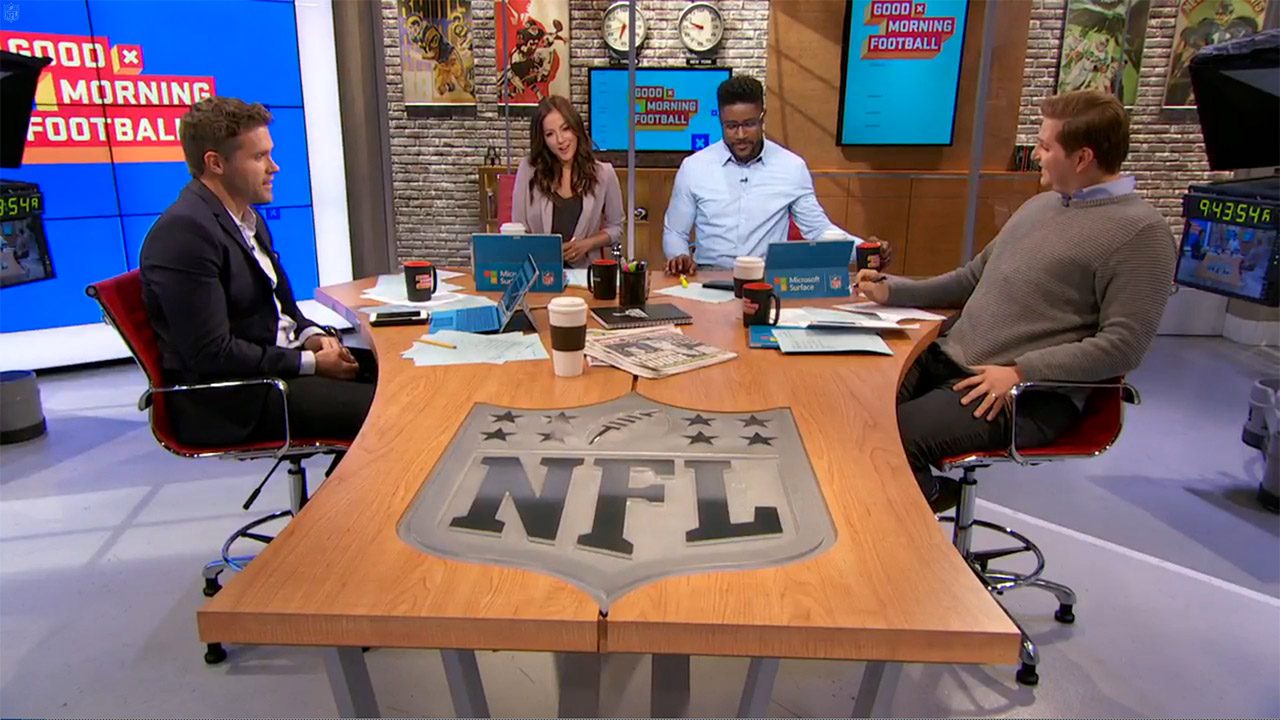 A still from Good Morning Football

This happens to be inside a studio that is built within a new NFL Experience attraction. The experience of the weekend program changes once again. We see the broadcast is done from NFL Films located in Mt. Laurel in New Jersey. Later on the 25th of April in 2019, the program got a simulcast by ESPN2. This was obviously a great height given the part of the coverage of the 2019 NFL Draft. It was supposed to welcome personalities from ESPN as well as NFL Network itself. They would work as contributors to each other’s studio programs.

As of right now, there are a variety of ways through which you can stream or catch the original air of Good Morning Football. The easiest way through which you can watch this sports series is by tuning NFL Network at 7 AM in the morning, according to Eastern Time. The program will air till 10 AM sharp. Now, if you are someone who obviously does not like getting up early but also can not afford to lose the valuable sports news and updates given on the show, then we have got you covered as well. All you will need to do is download the ESPN application from the Apple Store or from Google Play Store as per your Apple or Android phones, respectively. It will help you watch the episodes even after the air has ended.

Where was Good Morning Football filmed?

Good Morning Football is all filmed in New York City. The main location for its filming is CBS Broadcast Center which is located in New York City. Another place where various shots are taken is the NFL Experience, located in Times Square. The cameras also roll in SNY as well as 4 World Trade Centers, all in New York City. As we have talked about earlier in this article, the show is the first program on NFL Network about Football which originates in NYC. As for the weekends, the filming locations are altered a bit, and the cast, as well as the crew, has to shift over to New Jersey. The location is set to NFL Films and Mount Laurel for just two days.

Also read: Where Is Blended Filmed? All The Filming Locations & Plot