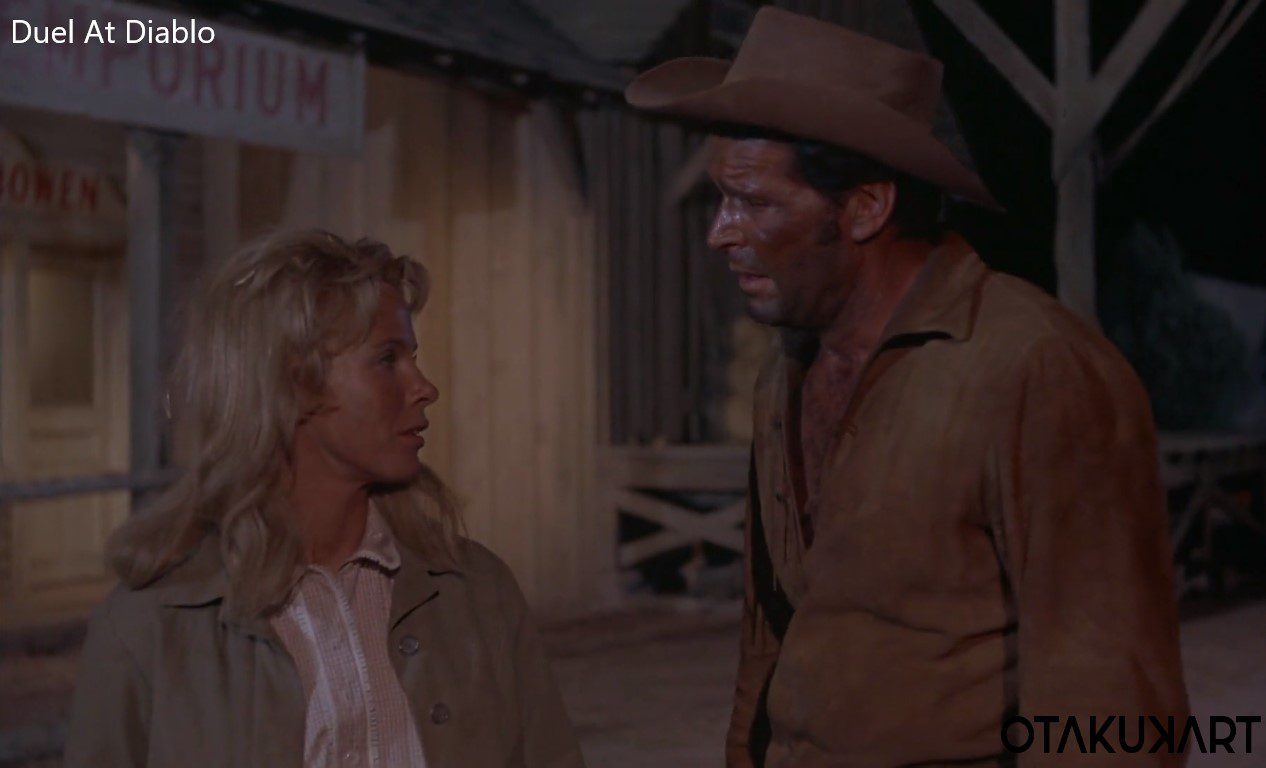 Inspired by the novel Apache Rising, the 1994 movie Duel at Diablo is an American western film. As one might understand from the name of the novel, the movie is about the Apache community and their rough phase against white people. Directed by Ralph Nelson, the movie Duel At Diablo made a gross $1,500,000 box office collection at that time. The cast includes James Garner, Bibi Andersson, and more talented actors. All the filming spots in the movie Duel At Diablo are actual places and not sets, which makes the movie very real.

So, here in, we shall look at where are the filming locations of Duel at Diablo situated in. Duel at Diablo is the story of an ex-scout, Jess Remsberg, who wanted to avenge the murder of his Comanche wife. While crossing the desert, he rescues a white lady, Ellen Grange, from the Apaches. Further in the movie, we see Jess growing empathetic affection towards Ellen.

Duel At Diablo was filmed at various locations in the USA, majorly in Arizona and Utah. Although the theme of this movie is action, one can’t help wondering where the movie was filmed. There is barely a moment where you don’t witness a fight. The action kept the eyes stuck to the screen, but the location played a good part too.

The film has presented many national monuments and famous sceneries. Back in the 90s, the filmmakers used to film at thrilling places to leave the audience surprised, or we can better say impressed.

In Duel At Diablo, the film begins at the Monument Valley Navajo Tribal Park, where Jess rescues Mrs. Grange. Not just that, the valley is seen for most of the time in the film as the tribe Apache is presented to reside there. There are fighting scenes filmed over here.

The Monument Valley is an iconic location to even visit as a tourist. The place is very attractive and mesmerizing. If ever you feel like adorning nature, you can surely give Monument Valley a visit. The temperature is moderate, and it decreases fast after sunset.

Fredonia is the gateway to the North Rim of the Grand Canyon. Northern Arizona is heaven for artists, nature lovers, and outdoor enthusiasts of all kinds, and no matter what time of the year you choose to go, there will be plenty of unique sites and activities to keep you busy. This place seems so beautiful and even unreal, to be honest!

You can spot the place in the mid-duration of the movie Duel At Diablo. Fredonia is less populated and tourist attractive. There are plenty of places to visit in Fredonia like the Grand Canyon National Park, Red Pueblo Museum, Kaibab National Forest, etc.

Located in Mohave County, Colorado City is famous for its polygamy past. The town in the movie “Creel” is supposedly filmed in Colorado City. However, the place is now to be groomed and developed so as to become a tourist-attracting spot, as per the latest news.

Back in the 20th Century, it was a small town of people who were very normal about polygamy. Now things have changed very much. There are many beautiful places to visit if you ever go to Colorado. Some of such places are the Water Canyons, Canaan Mountain, Vermillion Cliffs(National Monument), and more. Vermillion Cliffs are one of the few places you would wish to see at least once before you die!

A Short Look At The Cast Of Duel At Diablo

In Duel At Diablo, we see James Garner as Jess Remsberg, protagonist and a scout; Sidney Poitier as Toller, an ex-sergeant who agrees to work again along with Scotty; Meanwhile Ellen Grange, wife of Willard, is played by Bibi Andersson (she was kidnapped by the Apache); Dennis Weaver as Willard Grange, a so-called respectful businessman of Creel; Bill Travers as Lt. Scotty, John Hoyt as Chata, the head of Apache, and more.