Where is Crazy Rich Asians Filmed? Crazy Rich Asians is a Comedy-Drama cinema directed by John M. Chu. It is the first-ever Hollywood film since 1993, with mostly all the actors being Asians. As it made history, its anticipation level from fans around the world was tremendous! And yes, the movie met its expectation levels and did complete justice to its fans. This flick is an adaptation of a best-selling novel-“Crazy Rich Asians” written by Kevin Kwan in 2013. Crazy Rich Asians is a worldwide success at the box office. Warner Bros Pictures released it. The movie, with a budget of just $30 Million, grossed over $240 Million Worldwide!! It is one of the highest-grossing romantic flicks of the decade. The film has got several awards as well. So let’s dive into the flamboyant lifestyle of Crazy Rich Asians!!

American Actress Constance Wu plays the role of Rachel Chu. Wu playing the role of a Professor based in New York, is the protagonist of the film. Rachel travels to Singapore with her boyfriend, Nick. She discovers that her boyfriend belongs to an elite family. She nails the role of a typical girlfriend who is curious to learn more about the crazy rich Asians! Not only Constance Wu charges up the film with beautiful comedy and romance but also other superstars. The film has a star-studded cast, including Henry Golding, Gemma Chan, and even Lisa Lu. John M Chu, director of Now You See Me 2, mixed the cultures, making this drama unique. The setup is such that is a contradiction between the upper-class and the middle class. Let’s see in how many locations is Crazy Rich Asians Filmed! 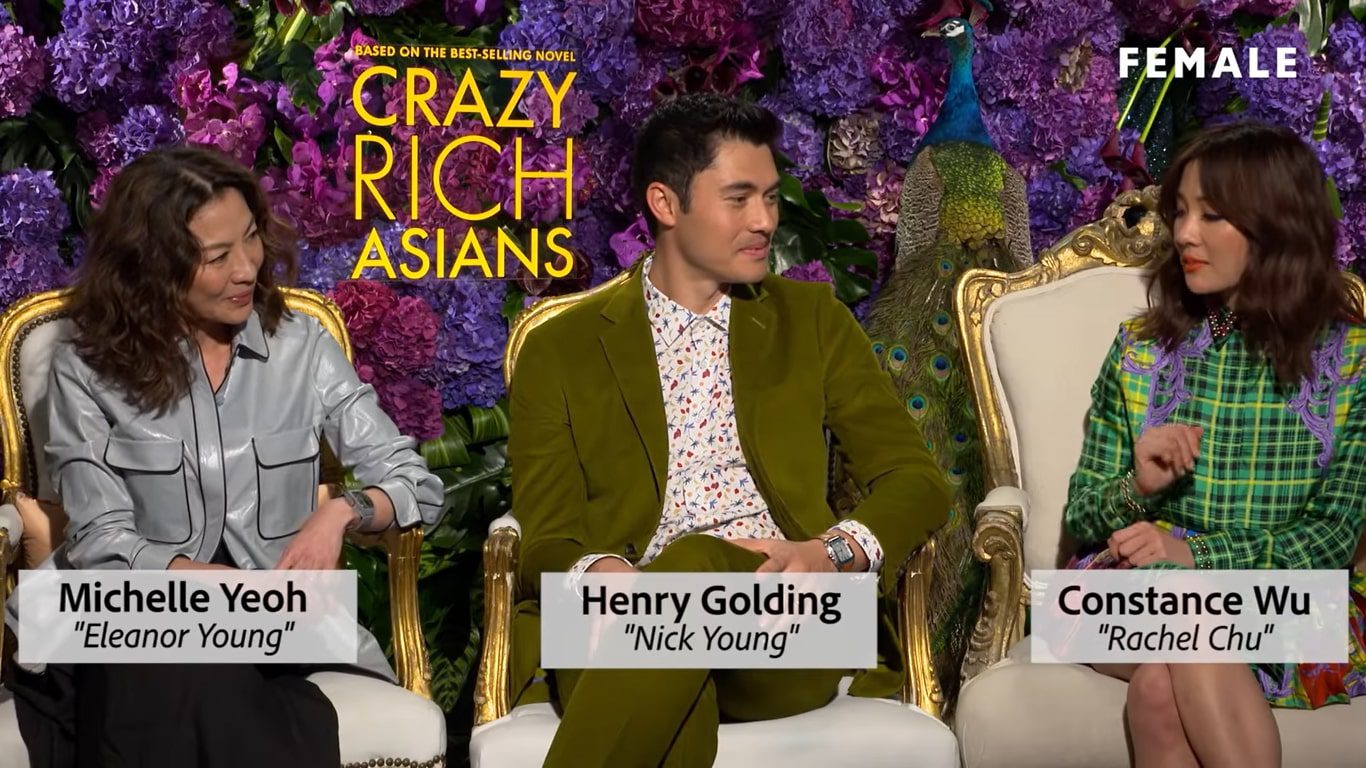 Where is Crazy Rich Asians Filmed? All The Locations

Crazy Rich Asians is filmed in Singapore and Malaysia.

Even though Asia is the largest continent, you can almost guess where was “Crazy Rich Asians Filmed!” The filming locations of this comedy-drama are in two countries, Singapore and Malaysia. The majority of the film is in Singapore. The first place you will see in the movie is the Changi Airport. The first thing Rachel says is, “What an up-scale resort”!! It’s one of the most beautiful airports in the world without any doubt! Then the first place where Nick and Rachel go is the Newton Food Centre. They have Hawkers centers, where there is a collection of food vendors. Nick says your visit to Singapore is incomplete without visiting the Hawker Center!

When Nick Goodman (wealthy boyfriend) and Rachel attend the wedding, they go to a luxurious 5-star hotel. That’s the Marina Bay Sands in Singapore, which is one of the most famous hotels in the world. Marina Bay has a rooftop that looks like a surfboard! The 57-floor building has the largest rooftop swimming pool!! No wonder why Rachel started investigating so early about their wealthiness! The crew also shoots in Merlion Park that is also in Singapore. From there, Rachel and Nick were able to get clear sights of Marina Bay. “Crazy Rich Asians” is like Hollywood’s movie postcard for Singapore. 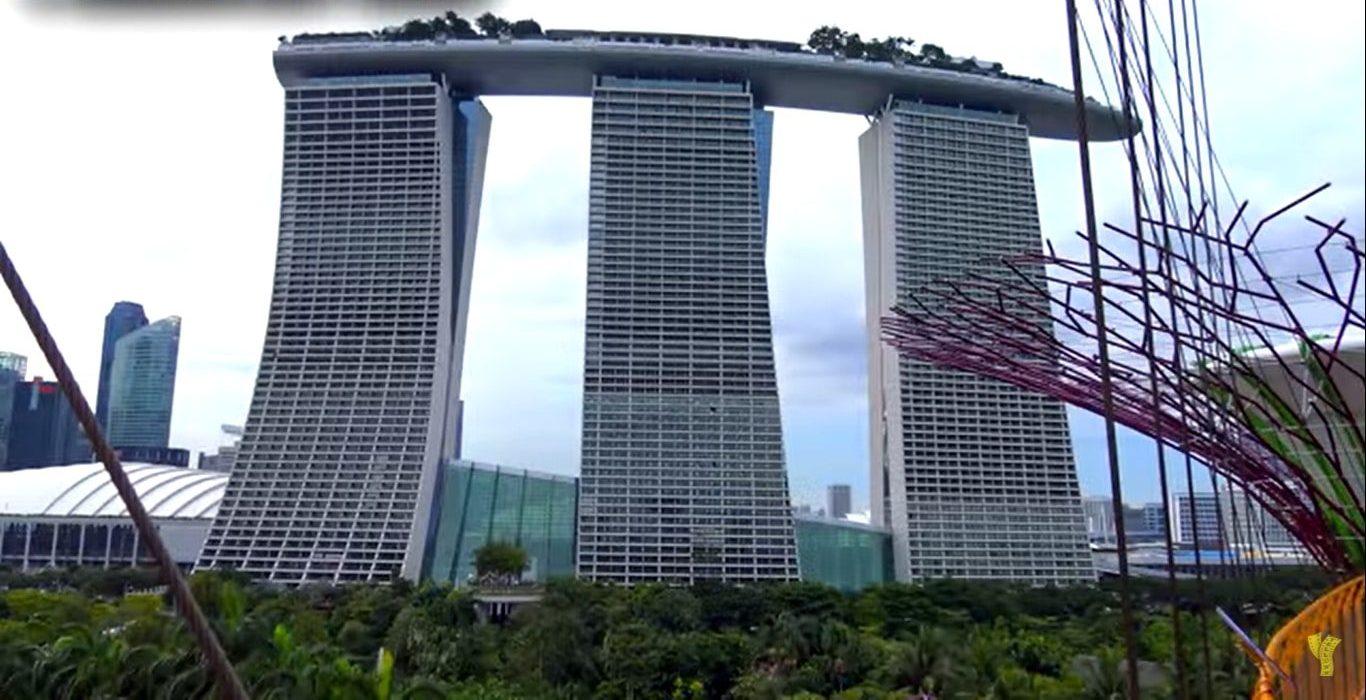 After Marina Sands Bay, Rachel’s next luxury outing is the Raffles Hotel. That’s where Nick and Rachel stay in the film. Nick mentions that the hotel’s owner is his friend Colin Khoo. The Raffles Hotel was opened back in 1887 and is a historic hotel. It is a suite, and per night expense is $10,000!! The hotel has 1100 seats in its restaurants, far more than the beds! It is quite foody as many cocktails were originated from that hotel. 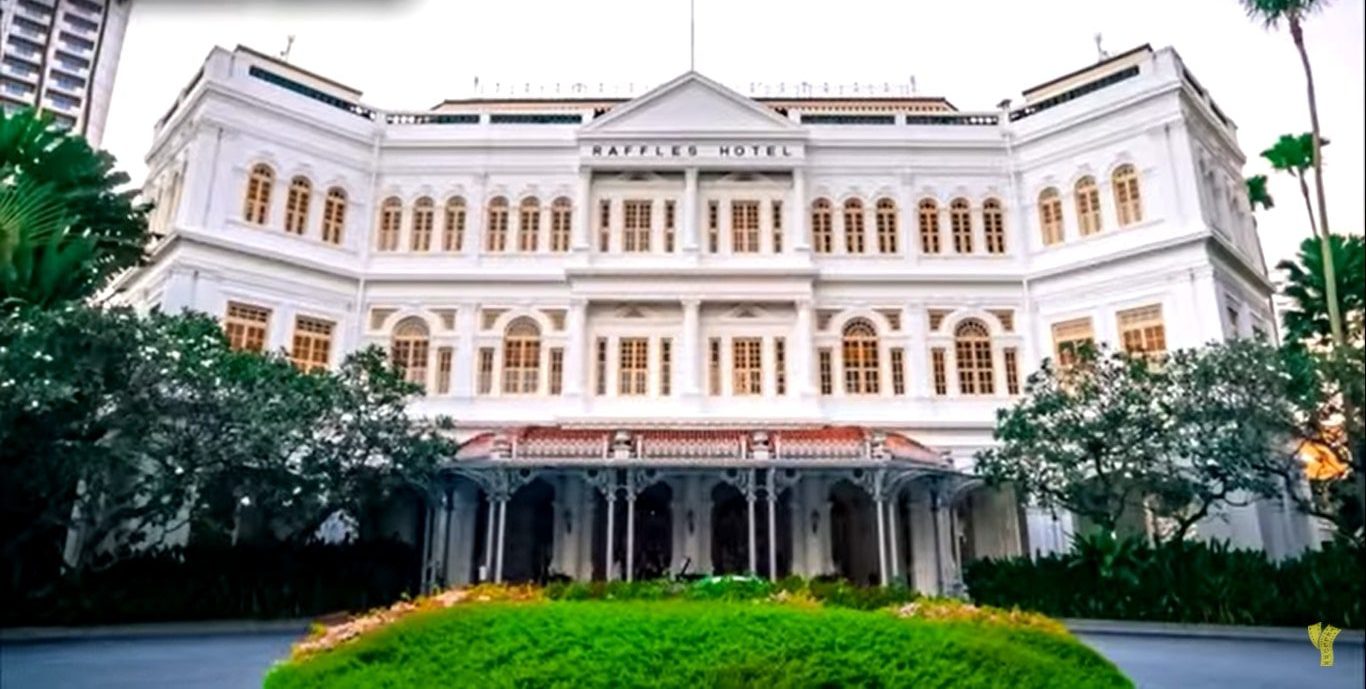 Nothing is Richer than True Love!

Rachel and Nick visited many more places like Chinatown, Gardens By The Bay, where the movie demonstrated the rich culture of Singapore! Apart from Singapore, some of the shooting is in Malaysia. Nick and his friends lavishly party together while Nick’s friends remind Nick of his stature and position in society. Nick is worried about Rachel, as she is having trouble dealing with his family and their culture. So these were the locations where the superhit drama “Crazy Rich Asians” was filmed. John Cho proved that unique thinking would get you unique results!

Also Read: Sleight Ending Explained: Bo May Have Levelled Up!