Cheap Old Houses sees Ethan and Elizabeth traveling across America to find the best old homes that come at affordable prices. The couple tours the homes and dissects the architecture, buildings, and other details. Giving the viewers a detailed tour of the old homes, they also delve into their history. The homes featured on both their Instagram page and the HGTV shows carry rich history. Viewers get to learn the various architectural details a well as the historical background of the houses. The couple picks the houses that they review and tour and post them on their IG page.

Their page started with the observation that there were a lot of old homes in the market for a steal. The uniqueness of their fixer-upper picks is that they’re the most historical. The official site for Cheap Old Houses claims of finding the houses with the most original character left intact. Ethan and Elizabeth traverse through different terrains and geographies to find the best of the best old architectural houses. Traveling in a blue vintage truck, the couple scours the online listings and showcases the best steals and deals. 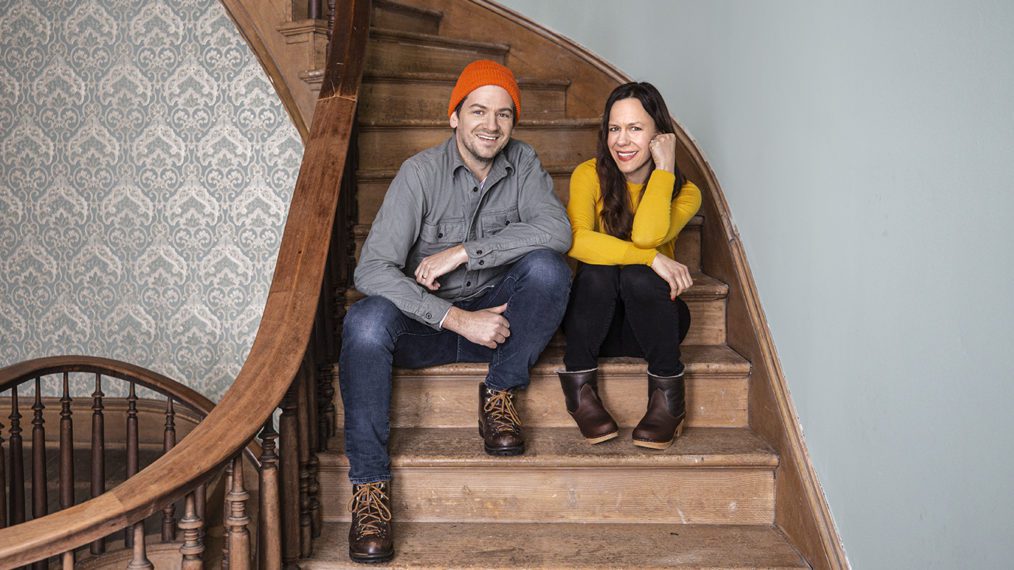 Following the success of their Instagram page, HGTV picked up Ethan and Elizabeth’s social media series for a TV adaptation. The 10-episode series takes inspiration from the couple’s Instagram feed. Their page has, over time, gained tremendous popularity and views. The IG page of the same name as the TV show receives millions of impressions on the various images. Their curation includes architecturally intact old homes that come under $150,000. This unique and entertaining concept attracts a large audience that eventually became the reason for the TV show. The HGTV show replicates the format of the page and sees a collection of old houses that the couple tours. Ethan and Elizabeth go through several old fixer-uppers and review them. After giving the audience a tour and reviewing each home, they select those they’d feature on their IG page.

One of the two primary locations where the filming of Cheap Old Houses takes place is Illinois. Peoria is a region in central Illinois from whence hail three intriguing pieces of old architectural steals. The series features three 100-year-old houses from this region, each containing a good amount of historical architectural decor and building. Apart from Peoria, the couple also tours properties in Richmond, Paxton, and Towanda.

The next one on the roster of filming locations of HGTV’s Cheap Old Houses is New York State. Ethan and Elizabeth tour a lot of old houses in the state, with the Victorian old house of the 1900s in Amsterdam. They also travel to Greenwich Village, adjacent to New York City. There they tour the old schoolhouse that has been meticulously restored. The couple also tours a huge 1850s home with a 1950s vibe in Fort Plain. The filming for Cheap Old Houses also takes place in Gasport in Niagara County. Upstate New York is also one of the prime locations where the crew shot some important scenes. The couple tours two cheap old houses in Upstate New York that cost just over $100,00.

Cheap Old Houses also covers Charlotte in North Carolina. The couple travels to Rich Square, Northampton County, to tour a property. Moving from southeast America to more down south, the couple goes to Houston, Texas. The city is replete with old 19th-century architecture and various landmark sites. Going towards the Northeast, the filming also takes place in Pennsylvanian cities Monessen and New Geneva. Several of the old houses we see on the show are from this region. 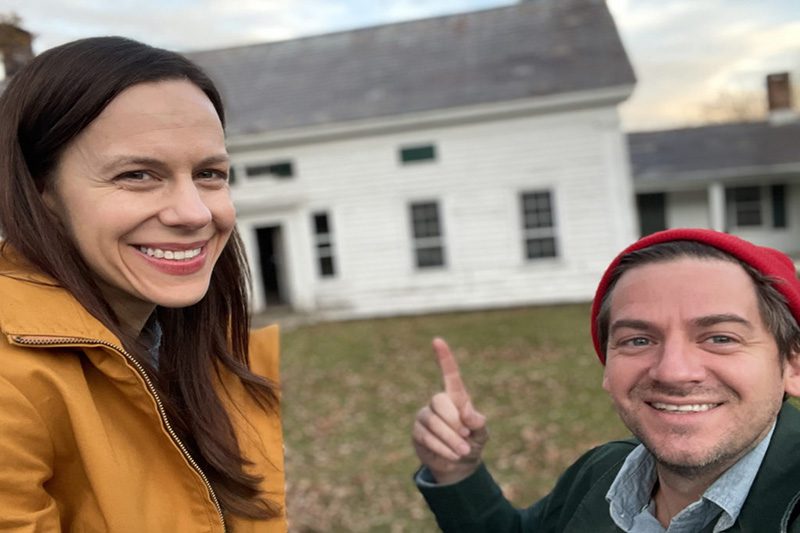 A still from Old About the season.

Washington houses a lot of old architecture. What’s more, is that architecture also comes with historical significance. It’s no surprise there would be some really old, surviving homes from 100s of years ago. Cheap Old Houses finished filming for some locations in Washington for season 1. Another location that the show has filmed in for this season is Ohio. Some of the filming has been done in Clarington, Ohio.