Where is the American Rust filming locations? Firstly, if you’re not familiar with “American Rust”, it’s a crime drama based upon a book by Phillip Meyer in 2009. Secondly, it runs on Showtime, and it stars Jeff Daniels (Dumb and Dumber) and Maura Tierney (ER). Moreover, Daniels plays a small-town Sheriff as he tries to restore law and order to the fictional town of Buell, Pennsylvania, after a bunch of gruesome murders turn up in his town.

In today’s article, we plan on covering the series’ photography, as well as a couple of other production aspects. Moreover, ‘American Rust,’ a crime drama series on Showtime, revolves in a middle-of-the-road town and the quandary its Chief of Police faces when the son of the woman he loves is accused of murder. The program follows a slow-burn sad storyline that creates a picture of a town that, like its mainly working-class inhabitants, has passed its prime. The core case seems to be as much a part of the narrative as the town itself, and the show’s creators have gone to considerable efforts to create an immersive environment for the story to develop. So, do you want to know where the movie ‘American Rust’ was shot? We’ve got your back here at Otakukart. Let’s begin!

American Rust’s photography is shot in a variety of Pennsylvania communities. Second, the series is set in a Pennsylvania town in the Rust Belt, a region dominated by run-down northeastern and midwestern industrial towns. The production of the program was scheduled to begin in March 2020. However, because of the COVID-19 outbreak, the production was stopped before the major filming could begin. Production started in mid-March 2021 and was finished in early August 2021. Now, let’s have a look at the specific filming locations that were used to bring the show to life. 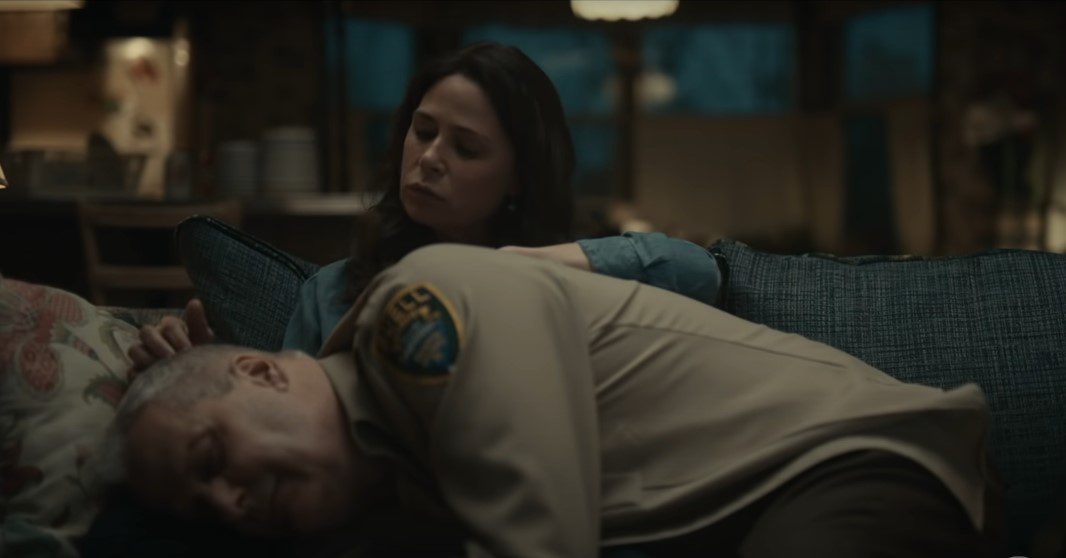 The production utilizes a variety of sites in and around Pittsburgh to represent this fictitious town. 31st Street Studios, situated at 77 31st Street, acts as the production’s headquarters. In addition, there are at least eight soundstages in the shooting studio and extra space for production offices, caterers, and the art department. Many of the images are shot in the Carrie Blast Furnaces, a National Historic Landmark and former site of the Homestead Steel Works.

The now-defunct steel mill is situated at 801 Carrie Furnace Boulevard in the Pittsburgh suburb of Swissvale. A backlot at Churchill Crossings is utilized to build outside sets that are often used for shooting. The studio is situated in a Pittsburgh suburb at 1310 Beulah Road. On the property, the exteriors of a trailer and a cabin, each representing the residences of the main protagonists (Grace and Del), are constructed. A few sequences are also shot in the State Correctional Institution – Pittsburgh, situated at 3001 Beaver Avenue and on Pitcairn Road.

Monroeville, situated approximately 14 miles from Pittsburgh, is heavily utilized in manufacturing. Tilbrook and Stroschein Roads were also reportedly closed during the season 1 shooting. A tavern beneath a bridge in the borough of Rankin and a Victorian house in McKeesport is also said to have been utilized for filming. Oakdale, Clairton, Allison Park, Glassport, Sewickley, Penn Hills, and Braddock are other Allegheny County sites used in the production.

Some episodes are filmed in the broader Monongahela Valley area. Including portions of Pennsylvania and adjacent West Virginia. The region was previously renowned for its thriving steel industry. Moreover, the photography crew shoots sequences in various towns and neighborhoods throughout Pennsylvania, including Ambridge, a borough in Beaver County. Additionally, Harmony and Portersville in Butler County. Also, Donora, in Washington County; Apollo, in Armstrong County; and Perryopolis and Belle Vernon in Fayette County, to accurately depict the region.

For infrequent shooting, the production also utilizes the State Correctional Institution – Greensburg in Hempfield Township. And the city of Monessen in Westmoreland County (near Third Street and Donner Avenue). New Castle and the McConnells Mill State Park in Lawrence County are also used for filming. Many identifiable landmarks from these places are utilized as backgrounds, which are ultimately blended together to give the show’s fictitious town of Buell a distinctively Pennsylvania look. In addition, the production makes extensive use of the area’s natural environment to make the presentation believable.