Robert Redford’s film adaptation of Norman Maclean’s book A River Runs Through It filming locations are today’s focus in this article. Firstly, “A River Runs Through It” is now a 1992 classic starring Craig Sheffer, a very young Brad Pitt —at the beginning of his career—, Tom Skerritt, Emily Lloyd, and Brenda Blethyn. Secondly, the movie tells the story of two brothers, a troublemaker, and a bookworm. As they come of age at a time where many things are happening in the world. The Great War, the Great Depression, and their lives as they grow up.

This 1992 classic by Robert Redford features many outdoor scenes. And that prompts the question many streamers ask. Where did they film this great movie? Well, today at Otakukart, we plan on answering that question for you. Moreover, “A River Runs Through It” was laureated by the Academy with an award for Best Cinematography. This makes it also one of the reasons why many movie fans query and search the internet about this movie. Without any further ado, let’s dig into this Robert Redford movie! 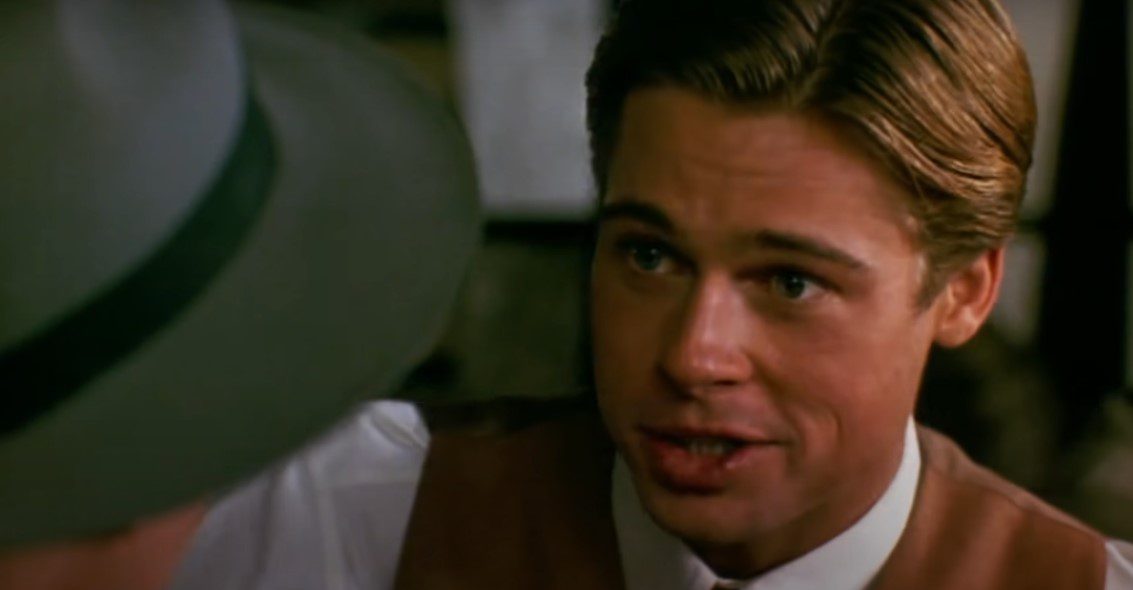 A River Runs Through It filming locations

This 1992 flick by Robert Redford takes place in Missoula, Montana. But the director chose a different part of Montana to do the photography. More specifically, Redford did the takes in Bozeman and Livingston, in the southern central portion of the state. The wide-angle shots of great nature and spectacular views were taken in several places, Firstly, some were shot in Yellowstone. Secondly, others were take in Gallatin. Lastly, the river shots were filmed in Boulder Rivers, and the waterfall is from Granite Falls, Wyoming.

A River Runs Through it Plot

Norman and Paul Maclean grow up in Missoula, Montana, with their father, Presbyterian pastor John, from whom they learn to fly fish for trout on the Blackfoot River. Norman and Paul are homeschooled and must follow their father’s rigorous moral and educational standards. The brothers cross a hazardous waterfall as young men. Norman departs to attend Dartmouth College; when he returns six years later, Paul has developed into a competent fisherman.

Norman meets Jessie Burns during a July 4th dance. Paul has worked as a fierce muckraking reporter for a Helena newspaper. He has enraged many people by falling behind in a large poker game in Lolo, Montana, where a pub serves as a cover for gambling and prostitution. He is also seeing Mabel, a Native American lady who is considered inferior by the white society. After battling a guy who has insulted her, Paul is imprisoned, and Norman is woken in the middle of the night by a phone call from the police asking him to come and bail Paul out of jail.

Following many dates with Norman, Jessie requests that Norman make an attempt to get along with her brother Neal, who is visiting from California. Norman and Paul dislike Neal, but at Jessie’s request, they ask him to go fishing with them. Neal arrives intoxicated with Rawhide, a lady he met the night before at a pub. Norman and Paul decide to go fishing anyhow, and when they return to their vehicle hours later, Neal and the lady have finished all the alcohol and passed asleep nude in the sun.

Norman brings a very tanned Neal home, where Jessie awaits them. She is irritated because the boys did not go fishing with Neal. Norman asks Jessie to take him home, much as he did when he returned Neal in Neal’s vehicle, and tells her that he is falling for her. She drives away enraged, but a week later begs Norman to meet her at the train station to say goodbye to Neal. After the train leaves, Norman gives Jessie a letter from the University of Chicago, which contains a job offer for an English Literature teacher. Norman informs Jessie that he does not necessarily want to go, and as it becomes apparent that it is because of her, her expression brightens, and she rushes to hug him.

A River Runs Through It Ending Explained

When Norman informs Paul about the job opportunity and marriage proposal, he encourages Paul to come with him and Jessie to Chicago, worried that Paul is creating strong enemies. Paul claims that he will never leave Montana. Norman, Paul, and their father went fly fishing one final time before departing for Chicago. Paul hooks a massive rainbow trout, which pulls him down the river via a series of rapids before he can land it. To Paul’s pleasure, John proudly tells him what a great fisherman he has become and how he is an artist in the trade. They pose for photos with the big fish.

Soon after the fishing trip, Norman is contacted by the police, who inform him that Paul has been discovered battered to death in an alley. Norman goes home and tells his folks the news. Years later, Mrs. Maclean, Norman, Jessie, and their two children listen to a sermon being delivered by John, who dies shortly after. With this, we bring to a conclusion our coverage of this topic here at Otakukart, thank you for reading this article. And please keep coming back for more updates on all your favorite movies!