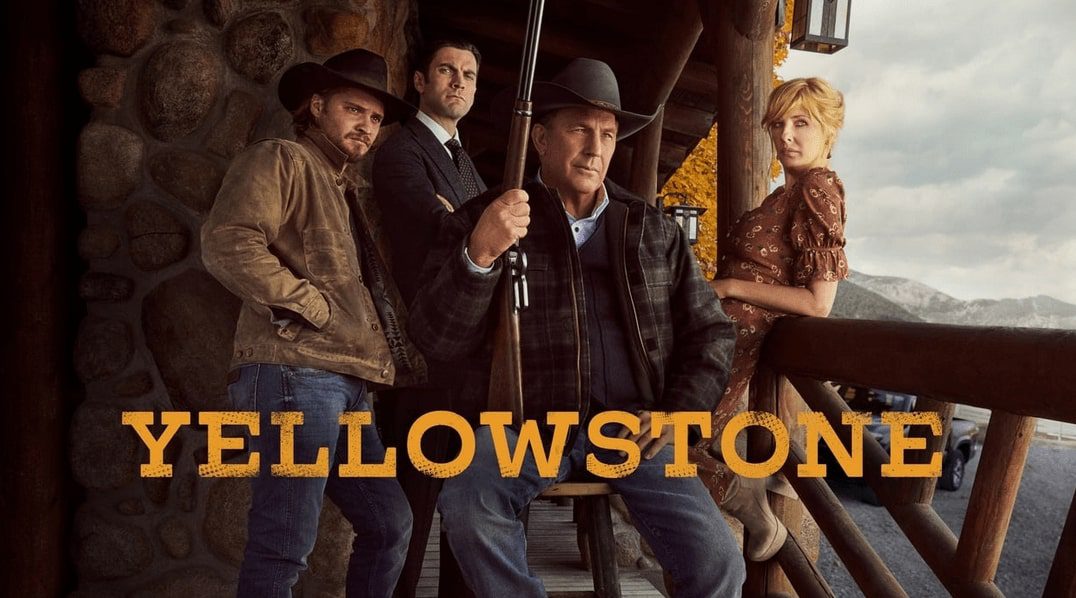 Recently there has been a surge in drama series, and if you are a fan of the genre, then you must have checked out Yellowstone. This drama series was released back in 2018 but has gained quite a good amount of viewership and also a good enough rating. This series has been running for four seasons now, and the fans are more than eager to know about the series. They want to know everything, from what happens in the finale to what is going to happen in the next seasons. In this article, we will be answering one of the most asked questions about the series right now, When Will ‘Yellowstone’ Season 4 Release On Peacock?

Created by Taylor Sheridan and John Linson, the series is produced by Linson Entertainment. However, there has also been an addition to the production companies for the show. We will reveal the name itself in this article. However, as with many series, there is only a specific channel or streaming website where you can stream particular series and movies. Hence, if you do want to watch Yellowstone but are utterly confused about what is happening, then we would ask you to keep on reading.

Also Read: The Cast Of Love (ft. Marriage and Divorce) Held A Press Conference Before The Season 3 Premiere!

When Will ‘Yellowstone’ Season 4 Release On Peacock?

Before we go for any other extra information, let us get done with the most burning question of “when will ‘Yellowstone’ Season 4 release on Peacock?” Now, fortunately, there is good news for this one. Season four of the series will be released on Peacock. Well, then there was one doubt. When will it be released? Some of the representatives of Peacock have informed us that season four will be released on the streaming website after the season finale is aired on television. Hence, we can only guess when the season will release on Peacock. 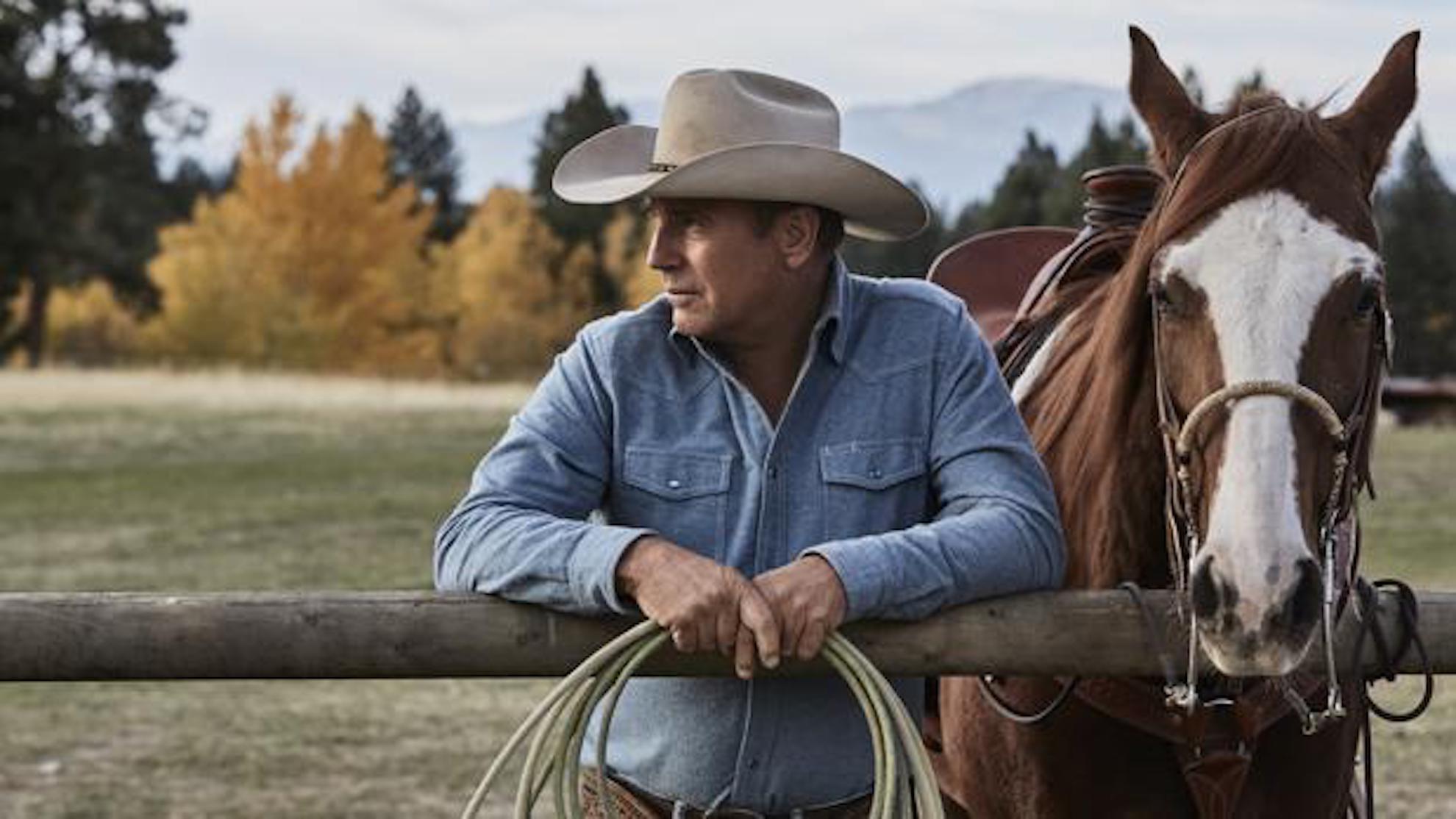 Kayce is played by Luke Grimes in the series “Yellowstone”. The picture is from one of the scenes,

If we were to calculate by estimating when Season 3 was released, we would make a wild guess that as the series finale was aired on January 2. Hence, there is a chance that either we will get the season in April or perhaps in the later months of 2022. Thereby, we would recommend you to keep an eye out for when Peacock finally decides to launch Season 4. You can also keep an eye on your website for further updates on the release date. However, till then, you can also binge watch the other seasons and try to catch up with the recent seasons.

Also Read: ‘The Executioner And Her Way Of Life’ Release Date, PV & Cast

Can You Watch Yellowstone On Netflix?

You can catch the live streaming of the series if you have a special subscription to Hulu+ TV. However, the series is not available right now on Hulu even. Some of the fans disapproved of the fact that the series is not present on some of the major streaming websites. However, it is all based on the fact that the producers might not want to give away so much of the streaming websites. One of the production companies of the series is MTV Entertainment Studios, though they have been involved since Season 4. But the good thing is that you can at least stream Yellowstone Season 1 on Amazon Prime. 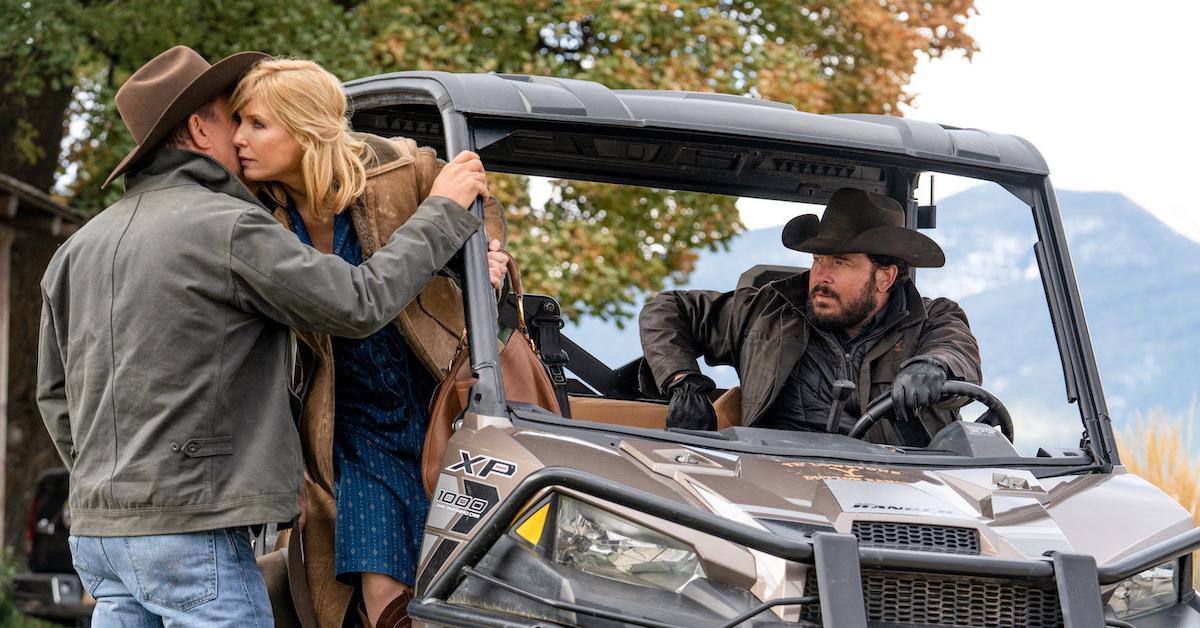 The given picture is taken from one of the seasons of the series.

Some of the fans who are quite interested in watching Season 4 as soon as possible, as they were quite keen to know about the Season 4 release date and the release date of the finale. Well, Yellowstone Season 4 was released on November 7, 2021. The finale was released on January 2, 2022. Thereby, the whole season ran for almost two months. As mentioned before, it will take several months, after which the season will finally get its release. Hence, we still have a long wait to go through. It is the end of February, and there has been no news from Peacock’s side. 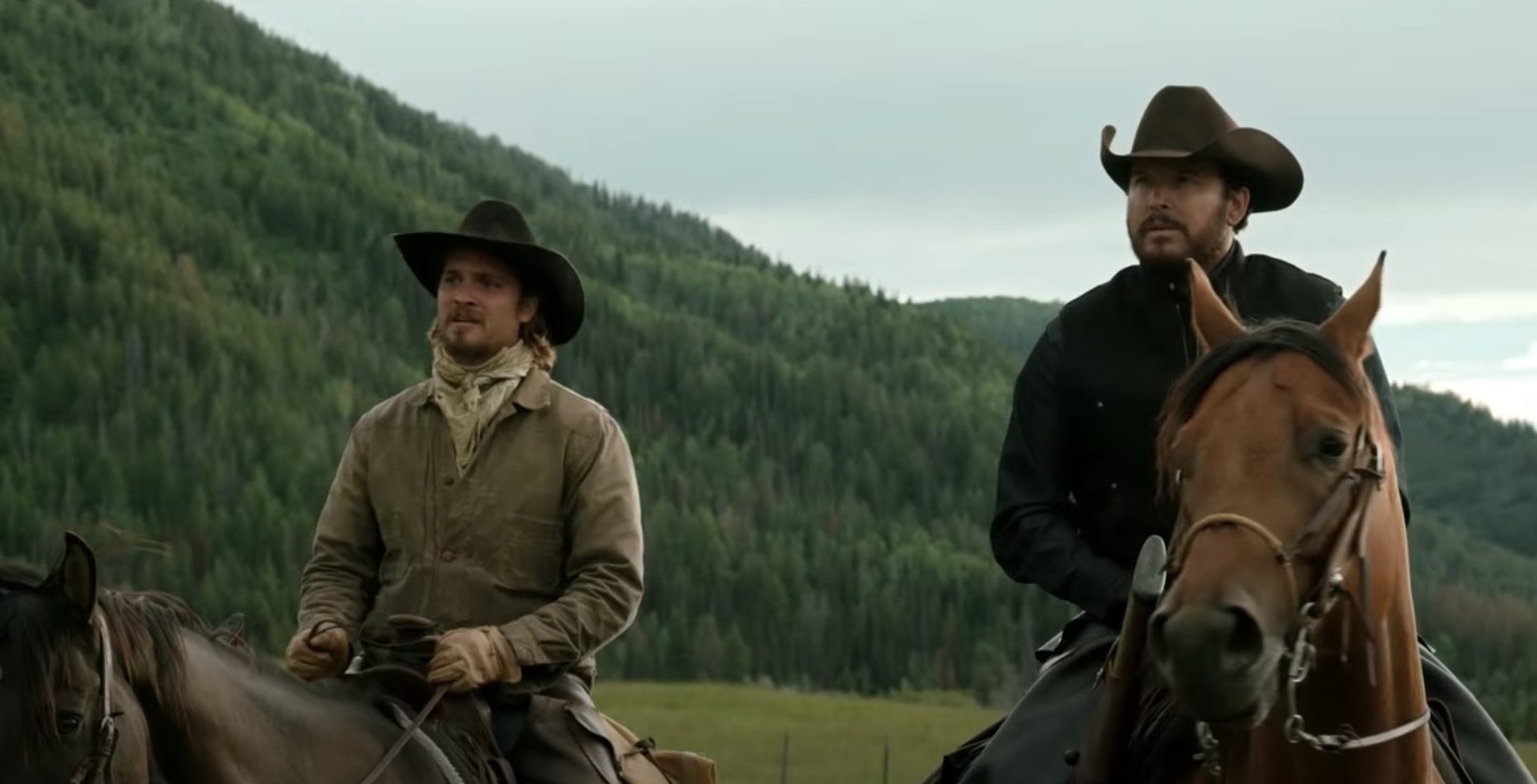 Another picture taken from one of the episodes of the recent seasons in the series.

Also Read: Are Mallory And Salvador Still Together? Inside The Love is Blind Season 2’s Couple!

If you have not yet caught up to the Season 4 finale, then we are already warning you of the spoilers. The ending of Season 4 was far more psychological than an explosive one which was a different path from what was shown in Season 3. The end of Season 3 was a blast. However, everything in Season 4 seemed to be falling apart, as Kayce had moved out from the Dutton’s family ranch and is staying in a nice house and running for being the Governor. On the other hand, we get to see Beth just getting more manipulative by the second. However, she feels shattered by the blast. Yet she manages to get up the ranks and even get married to Rip. 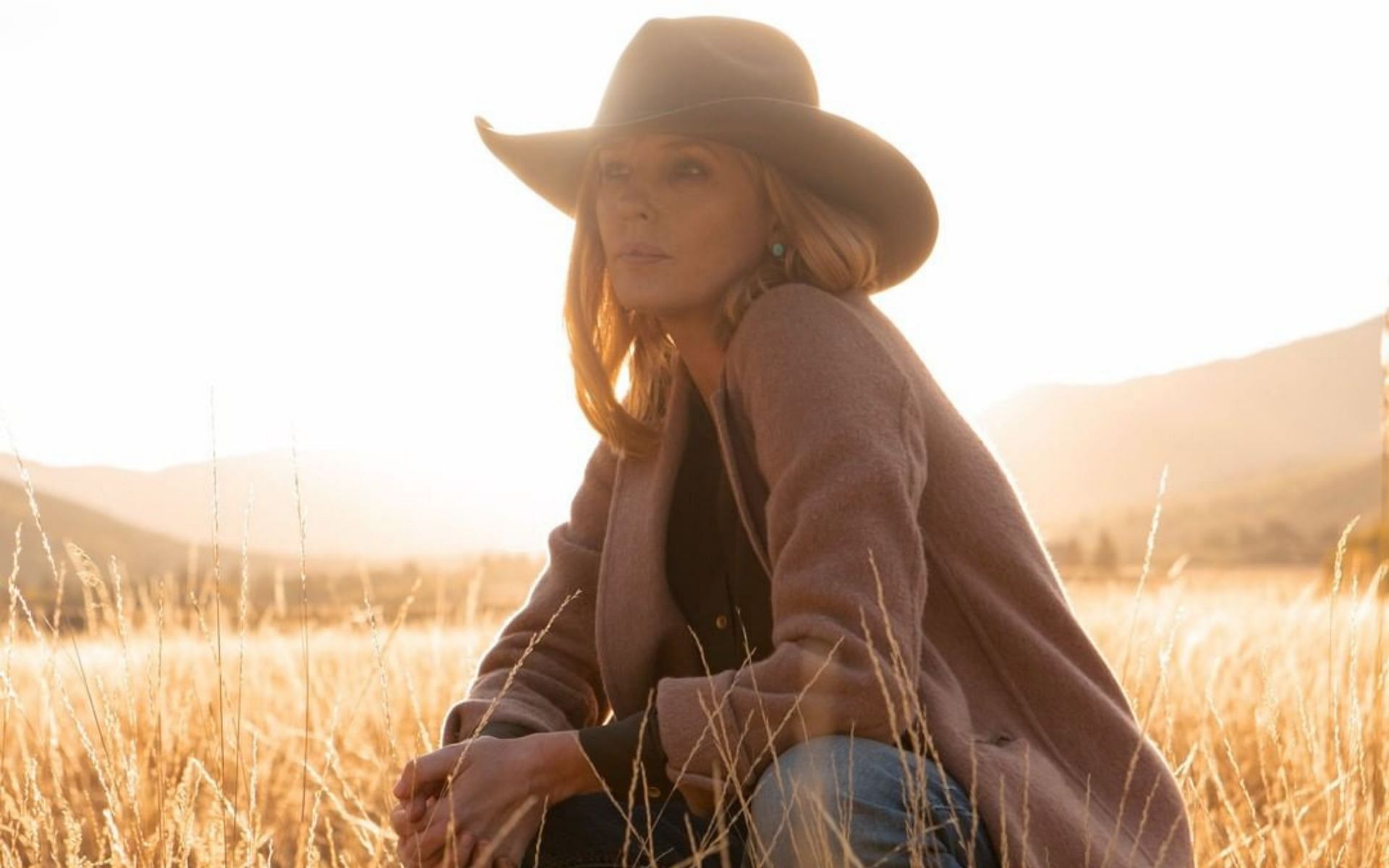 Kelly Reilly plays the character of Bethany Dutton. Fans are absolutely crazy with her performance.

What blew our mind more was that she was the person who wanted Jamie to kill his biological father, Garett, and not their father, John. As Jamie kills off Garett, we see Beth recording the whole thing on her phone. All of this means that she has strong control over Jamie now. This was perhaps another level of manipulation that Beth had managed to reach. On the other hand, things are not that smooth for Kayce. He had been getting visions, and he could not understand what was happening to him. Overall, there seems to be something completely different waiting for us in Season 5. There were no such cliffhangers after the finale, which made some of the fans question if there would be another season for Yellowstone. Well, there is nothing to worry about as the show has been renewed for another series.

Also Read: The Penthouse Actress Kim So Yeon Confirmed To Star In ‘The Tale Of The Nine Tailed’ Season 2

As mentioned right before, Yellowstone Season 5 has already been confirmed. Want to know better news than that? Well, one of the actors of the series had already revealed that they would start shooting for the next season in the summer of 2022. Thereby, if we were to calculate the timings and everything, the next season will be dropping by the end of this year. Another piece of information that we got is that the way Season 4 had ended and the way Season 5 will proceed will make us question everything that we saw. This means it will only keep on getting interesting with every episode. We are quite sure that you will not be able to control your excitement after this at all. 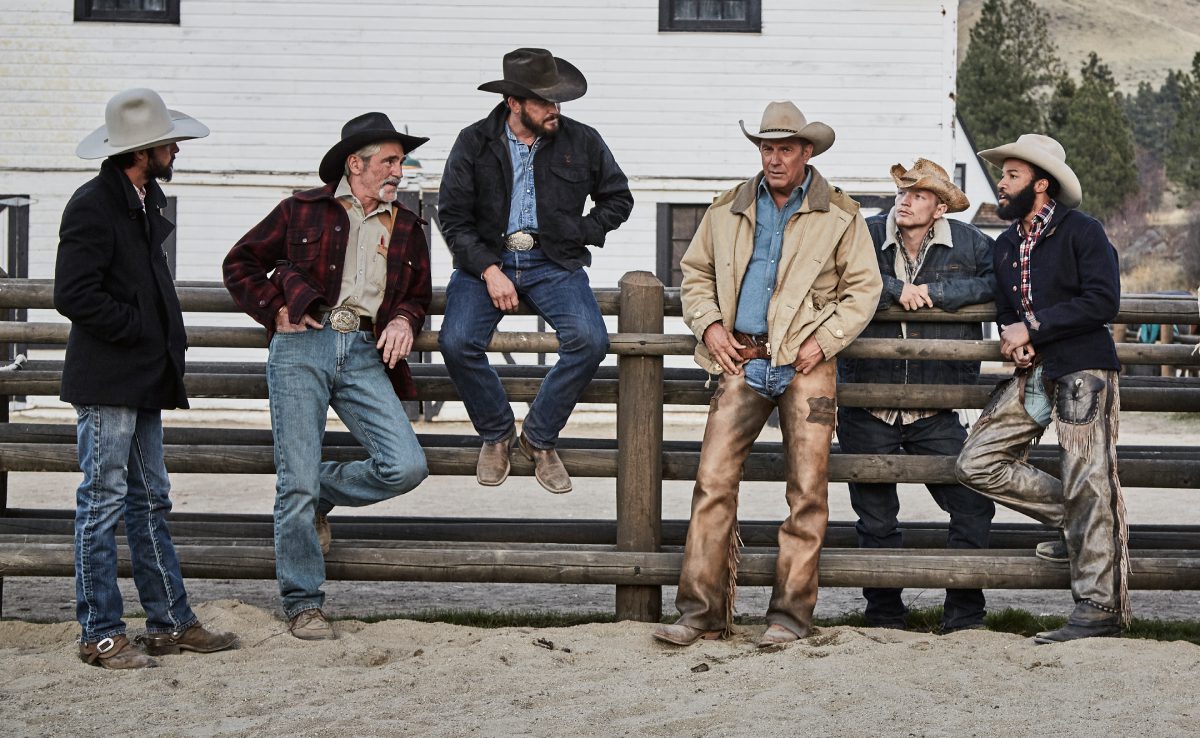 A still taken for the promotion of the series, and also for the posters.

Another good news about the series is that to date, every season of Yellowstone has had a maximum of 10 episodes. In Season 5, there will be 14 episodes. However, they will not be released immediately after the other. Apparently, the makers of the show have decided to release the first set of 7 episodes first, and then they will be taking a small break. After the break, they will be releasing the next set of 7 episodes. Therefore, you can only imagine that the show is going to get better from here. If the show can maintain to bring such a high rate of viewership, like the Season 4 finale had some 9 million, then there is no doubt that there will be more seasons to come for Yellowstone.

Also Read: Jumanji 4: The Jumanji Game Characters Are Going To Create Problems In The Real World