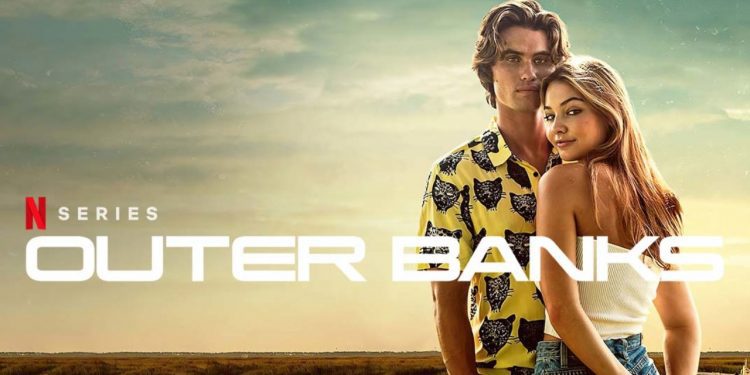 Outer banks fans should now get ready to rejoice as there is some amazing news for them! Other Banks came out in 2020 when the world just got hit by the pandemic, and we would spend the whole day binging Netflix. This drama series managed to capture people’s attention owing to the great storyline and the amazing characters. This mystery drama series has a rating of 7.6/10 in IMDB and just got renewed for the third season. Hence, we will get to know when is the new season of outer banks coming out (season 3)?

Outer Banks had gained popularity from the very first season, however, the second season came out quite late in 2021, and fans thought that the show must release the seasons with quite some time gap. However, the team has confirmed that they plan to reduce the time gap with every season. They were overwhelmed with the response they got in the first season. Hence, it took them a bit of time to produce the second season as they want the best for their fans. However, with the coming of the 3rd season, fans are more than excited and have multiple questions for the upcoming season.

When is the New Season of Outer Banks Coming Out?

Netflix ended the year 2021 with a bang as they announced that Outer Banks Season 3 was soon to come out. However, fans were left with questions as to when is the new season of outer banks coming out. Unfortunately, no one has announced that yet. Netflix has confirmed Season 3, which means they will be getting to work on the third season, and then it comes out. If we were to take into account the whole shooting and then the post-production work, then we can guess that Outer banks Season 3 will be released in the middle of 2022. However, with the rise of the omicron wave all over the world, it could also take more time than that. All that we can do is now wait for the team and Netflix to announce the dates for Season 3.

However, there is nothing to be disappointed about as we have a small piece of good news left! The team has admitted that from the next season onward, they will try to reduce the time gap between the seasons. Hence, you need not wait for a year after a cliffhanger to know what will happen next. Also, there is a high chance if Season 3 gets a high rating, then Netflix might confirm Season 4 and 5 together, as it does with a lot of shows. If that does happen, then you can be assured that Outer Banks is just getting started.

What was Outer Banks Season 2 Ending?

In case you cannot remember how exactly Season 2 ended, here is a small reminder from our side. Unlike Season 1, Season 2 ends with a huge cliffhanger, and fans were left wondering what is to come next. The Pogues were headed for the heist in taking back John B’s heirloom, a golden cross, which might have the Shroud of Turin inside. His father had also tried to get this heirloom back but had supposedly died on the way to complete the mission. However, the Pogues to get their hands on the Cross, but unfortunately, it drowns. Yet, we find Rafe bringing up the Cross, and now it is with the Camerons. On the other, as the Pogues escape, they are washed up on a deserted island and are now stranded there.

In the end, we saw that Cleo is the new addition to the group of Pogues, and in OBX, we find Kie’s mother putting up the missing poster. It will be quite interesting to find out how the Pogues will return from the island. Another thing that was discovered at the very end of Season 2 was that perhaps John B’s dad is not dead after all. Limbrey summons a man who is revealed to be John B’s father, and he requests her to help his son so that she could get the shroud.

What to Expect from the Outer Banks Season 3?

Now the next thing that fans tend to question is what will Outer banks Season 3 have in store for them? If we were to consider the ending of Season 2, then we definitely know that John B’s father is going to come back. However, it will be quite interesting to find out how are the Pogues going to take the news and then get on to again recover the Golder Cross from the Camerons. More importantly, how will the Pogues get out of the Island? There is a high chance that the whole mystery might get unraveled on the Island. Another interesting thing will be to see the new set of villains. As we saw in Season 2, Rafe had pledged to bring Sarah back home, and then there are the Camerons who have the Cross, on top of that, Limbrey wants the heirloom of John B’s family.

For the fans who are shipping some of the characters, we have news for you too! There might be a pairing between Pope and Cleo. We just have to wait to see if that would be the case or not, and who else will be paired by whom in the next season. Though we are far from guessing the right plot, we can just wait for the hints that the team drops and the trailer to know what is going to come for the Pogues.

Unfortunately, Netflix has just announced that there will be Outer Banks Season 3, and hence we did not get any trailer as of now. However, once the team is done with the majority of the shooting and post-production, then we can expect the Outer banks Season 3 trailer. However, we can guess that the trailer might come out near about the middle of this year.

The main cast from Season 2 and Season 3 is supposed to be the same, however, there might be some new additions when Season 3 will be shot. Though we have a little to zero clue about what is going to happen in Outer Banks Season 3, here is our guess for who would be starring Season 3. The main group of five, starting with John B Routledge (by Chase Stokes), Sarah Cameron (by Madelyn Cline), Kiara “Kie” Carrera (by Madison Bailey), Pope Heyward (by Jonathan Daviss), and lastly JJ Maybank (by Rudy Pankow) will be there. Additionally, there seems to be a new person who joined the Pogues, Cleo (by Carlacia Grant), will be there too.

Other than them, we will definitely get to see more of John B’s father, called Big B( by Charles Halford). All the family members of the main characters will definitely be there, for example, Rafe (by Drew Starkey), Sarah’s elder brother, and Ward Cameron (by Charles Esten), Sarah’s father. We might also get to see Limbrey (by Elizabeth Mitchell) in Season 3, as she was shown in the very last shot of Season 2.

Where to Watch Outer Banks Season 3?

Outer Banks is a Netflix production, and hence if you are wondering where Outer Banks Season 3 will be streaming, it will be on Netflix. However, we are not sure when Season 3 could be released, so all you can do is wait for Netflix to announce the trailer and the date when it will come out. In the meantime, you can definitely go ahead and watch the two seasons of Outer Banks if you have already not. And if you are done with them, well, another re-watch never hurt anybody! Make sure to keep the ranking of the show high to get your favorite show another season!

Also Read, Every Netflix Original Coming Out In January