Sasuke left the village to seek power under the care of Orochimaru. He left behind his friends, his teachers and his emotions and what left with him is his desire to seek Vengeance. 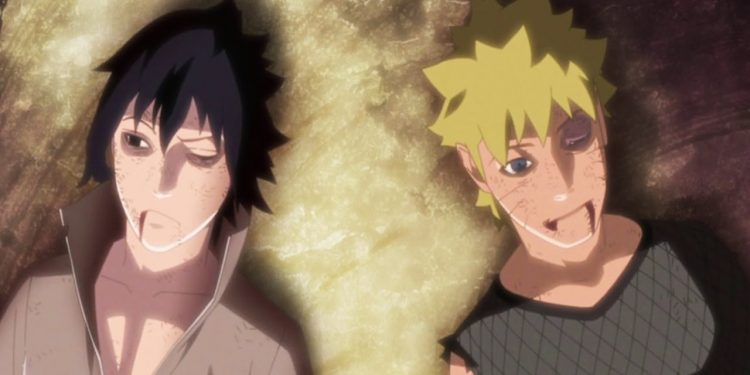 If we summarize Naruto, it is a journey of Uzumaki Naruto seeking the way to get acknowledged by fellow villagers and become Hokage. In the whole series, he tried hard to bring back his Teammate Sasuke Uchiha, who left the village for certain reasons. Many times, he faced demotivation as well as defeat, but his never-ending will helped him to bring him back. What was the reason behind Sasuke leaving the village? Will he ever return? If yes, Then When? There are many questions we have in our mind but don’t worry, we will clear them in this particular article. So without wasting any time, let’s get started.

Sasuke Uchiha is one of the shinobi of the Leaf and the elder brother of Itachi Uchiha. He is the second major protagonist of Naruto and Naruto Shippuden anime. His goal from starting was to kill certain someone and take Revenge for a certain cause. He was extremely talented in his younghood as expected from Uchiha kids. He grouped under Team 7 which includes, Naruto and Sakura with a mentor Kakashi Hatake. Initially, Team 7 worked together to defeat many bad shinobis, but later in the series, the Team breaks into two paths with the same goal. You will learn about the cause later in this article, so make sure you read this article till the end.

Why Did Sasuke Leave Village?

Let’s hit the major cause Why Sasuke Leave the Village? When Sasuke was young, his whole clan, including his parents, was murdered by his Elder brother Itachi Uchiha. Itachi told Sasuke to get stronger and avenge the death of his loved ones and showed him the fake reality through his Mangekyou Sharingan. Well, the murder of the Uchiha Clan and the reasons behind doing this will take this article to a different point, so we won’t discuss the Whole Itachi Story in this article.

From that day, Sasuke took pledged to avenge his clan and to kill his elder brother someday. He enrolled in the academy and trained under Kakashi Hatake, the copy Ninja. Kakashi taught him Chidori and many other Sharingan skills. The first encounter between Itachi and Sasuke happened when Itachi visited Konoha in search of Naruto.

There, Sasuke was terribly beaten by Itachi, which showed him the difference between the power level between him and the guy whom he wanted to kill. He later finds that the people around him and the love, making him weak, so he decides to sever the bond with the people he loves and leaves the village to gain more power to defeat his elder brother Itachi. He saw Orochimaru and his hideout as a perfect place to get trained and become stronger. So this was the main reason why Sasuke left the village.

When Did Sasuke Return To Village?

When Sasuke left the village, Naruto tried hard to bring him back to the village at any cost. He said he wouldn’t be Hokage if he couldn’t save one of his friends. Naruto Sasuke faceoff each other in the finale of the first season of Naruto, in which Naruto faced a terrible defeat from Sasuke. In Naruto Shippuden, Naruto and Sasuke lived and fulfilled their own goals until the fourth great Ninja War, in which they fought together with the same enemy.

After the defeat of Kaguya Otsusuki, Sasuke desired to change the whole shinobi era and encaptured all the tailed beasts. He desired to finish off all the Kages and wanted to mark the new beginning. Naruto comes in front and faces off Sasuke for the very last time. They fought with their full might and caused extreme destruction. In the end, Sasuke and Naruto both clash with their signature moves, i.e., Chidori and Rasengan. The outcome was tremendous, resulting in their hands rip off from their bodies, but Sasuke finally acknowledged Naruto in the end and told him how he sees his Elder brother in Naruto. He told Naruto that he always loved him and cared for him. These all incidents happened in Episode #478 of Naruto Shippuden, whose title is The Unison Sign.

Now it’s time for the final part, Where to Stream Naruto? You can stream all the episodes of Naruto and Naruto Shippuden from Crunchyroll. It allows us to watch thousands of top-class anime anytime, anywhere, on a minimum monthly and yearly fee. If you don’t want to pay for the subscription, Crunchyroll also supports ad-supported content, which allows us to watch our favorite show free of cost with ads in Standard Quality.