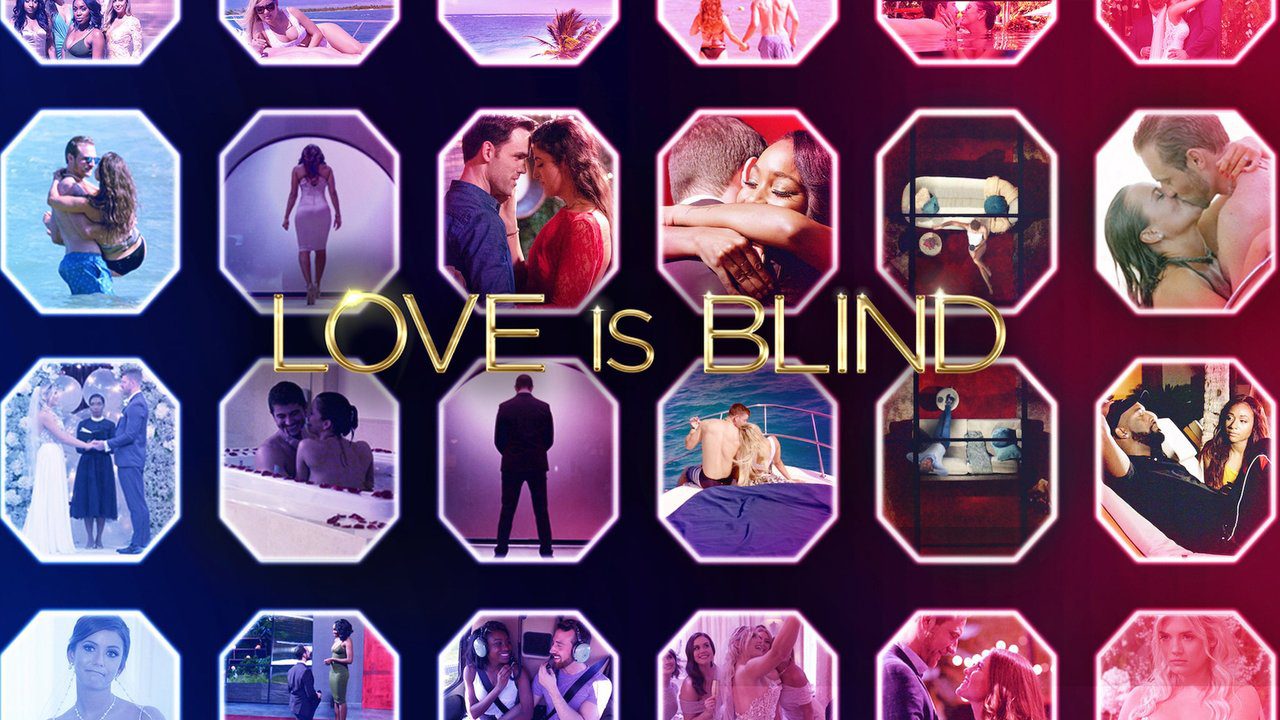 Love Is Blind is truly unique. There are no other Netflix shows like it, and nothing on television compares to the romance and drama of this show. That’s what makes Love Is Blind such a compelling series – and why you’ve come to find out more! You’ve just finished Season 2 and can’t wait to witness more singles get engaged to complete strangers in Love Is Blind Season 3. They will have their entire lives turned upside down in a month. Season 1 featured success stories like Amber Pike and Matt Barnett, Lauren Speed, and Cameron, while Season 2 saw two sets of “I dos”: Nick Thompson and Danielle Ruhliy, Anna McNeely, and Jarette Jones.

Despite the show’s shaky marriage record, there’s no disputing that it’s here to stay. Love is clearly blind, and this experiment works… even if it doesn’t always end happily ever after, as most of the show’s participants appear to agree. However, Love Is Blind is a difficult show to make, and the first two seasons took two years to complete. Is Season 3 going to be that long? Is there a chance that other couples will emerge from the pods later this year? So far, here’s everything we know about Season 3 of Love Is Blind.

What Is ‘Love Is Blind’ About?

Once the proposal is accepted, the couples are able to go on longer dates, meet other couples from the program, and be relocated to the same apartment complex in the city where they both live. That’s where they’ll be able to put their physical as well as emotional compatibility to the test, a process that will continue when they return to live together for another month. 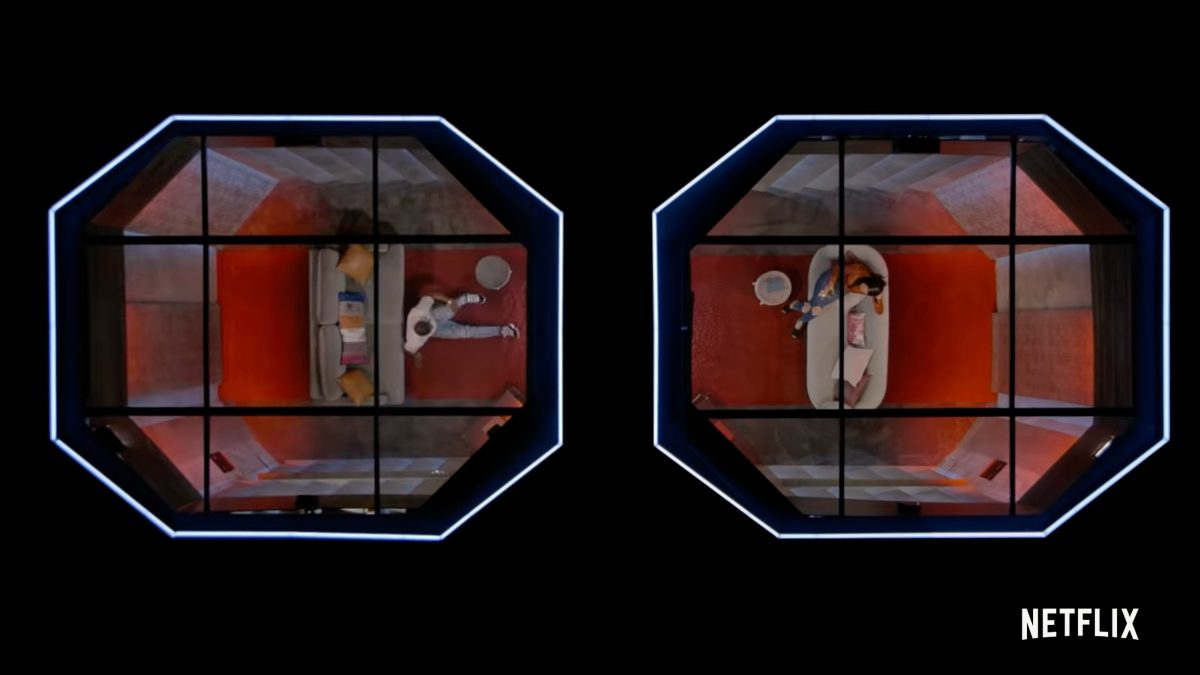 The couples here get to know each other and even meet each other’s families while living together in order to discuss essential marriage issues and arrange the wedding. Only then, in front of friends, family, and the entire world, will the couples, at least those who have made it this far, walk down the aisle to answer the question of whether love truly is blind. The final decision is made at the altar when the couple can choose whether or not to say “I do.” On the reality show, four couples have married and are still going strong, two in each season.

Will There Be Love Is Blind Season 3?

Yess!! Following the popularity of the first season of Love Is Blind (which premiered on Netflix two years ago in February 2020), the program has been renewed for two more seasons. Netflix announced on Twitter on March 24, 2020, that both Love Is Blind and The Circle has been extended for a total of TWO additional seasons! Yes, that is fantastic news.

In a press statement issued the same day, the streamer disclosed much more, adding, “Is it true that love has no sight? Season one’s emotional roller coaster demonstrated how difficult it can be for some, but hosts Vanessa and her husband Nick (obviously) will raise the subject once more as new individuals prepare to enter the dating experiment pods.” Season two was already casting in Chicago at the time (March 2020), with season three on the way.

Love Is Blind Season 3 Release Date: How Long Do We Have To Wait?

Season 2 of ‘Love is Blind’ premiered on Netflix on February 11, 2022, after a two-year wait due to production delays caused by the coronavirus outbreak. The ten episodes of this season, each spanning 46-76 minutes, were shown across three weeks, continuing the first season’s successful launch pattern. The first five episodes aired simultaneously on the above-mentioned date, followed by the next four episodes on February 18, with episode 10 wrapping up the fantastic show on February 25, 2022.

Are you ready for more Pod love? Despite the fact that Season 2 has just ended, people are already looking forward to Season 3. Seasons 1 and 2 of Love Is Blind had a long gap between them, so it’s fantastic to hear that Season 3 is already in the works. That means Season 3 will most likely be released sooner rather than later. Both The Circle and Too Hot to Handle recorded their second and third seasons back-to-back, similar to Love Is Blind.

As a result, there was a four-month gap between Seasons 2 and 3 of The Circle. Between Seasons 2 and 3 of Too Hot To Handle, it was closer to a 7-month gap. Knowing this, it wouldn’t be surprising if Netflix continued the trend and released Love Is Blind Season 3 in the late summer or fall. Alternatively, given that both Season 1 and Season 2 had Valentine’s Day premieres, the show may wait and broadcast Season 3 around Valentine’s Day 2023. 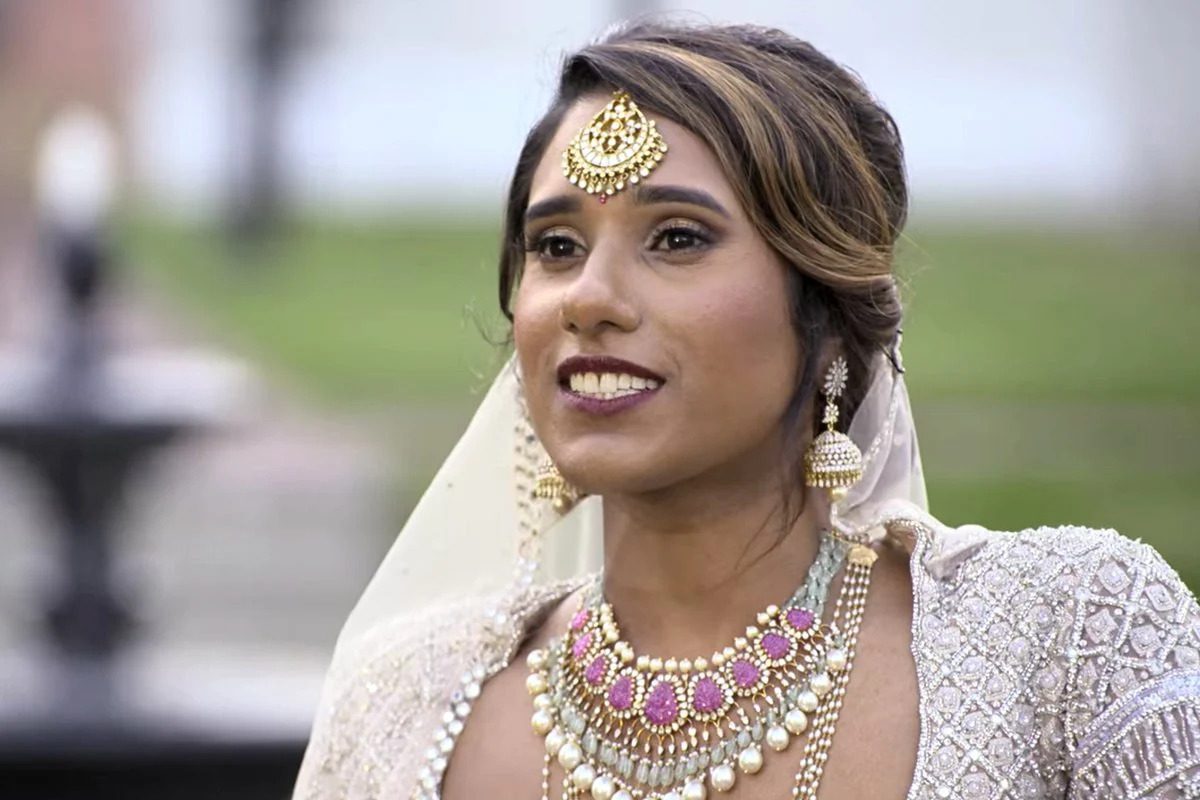 Has Filming Of ‘Love Is Blind Season 3’ Started Yet?

Season three of Love Is Blind has not only been confirmed but it has also been filmed! Vanessa Lachey, the show’s host, confirmed the news during an interview within September 2021, informing the journal that they shot season two, which premiered in February 2022, and that, despite not being allowed to say so, they had already shot season three.

So there’s a slew of Season 3 contestants lurking around in the shadows? Exciting! Vanessa previously confirmed that filming for Series 3 would begin in April 2021. She informed me that they are filming seasons 2 and 3 by the end of March 2021! And they’ll bring those to us as soon as they can, adding that they started shooting them in less than a month and are extremely enthusiastic about it.

Also Read: Love Is Blind Season 2: Who Is Abhishek’ Shake’ Chatterjee? He Says That He Has No Regrets!

Who Are The New Singles In ‘Love Is Blind Season 3’? – Cast

Given the foregoing, it’s safe to assume that Nick and Vanessa, who are happily married, will return to host season 3 of ‘Love is Blind.’ We don’t know who the candidates will be or where they came from, and we won’t know until the weeks leading up to season 3’s launch. After all, Netflix didn’t divulge anything about the season 2 singles from Chicago until two weeks before the show’s premiere date in early 2022.

They really sought to have a diverse pool of volunteers in every meaning of the term, whether it was the experience, body type, race, or whatever, according to Chris Coelen, in both Season 1 and Season 2. Love Is Blind, on the other hand, has been chastised for having a cast that isn’t sufficiently varied. He went on to say that they could only show so many people. They brought in every type of person they could think of, and everyone was treated equally. 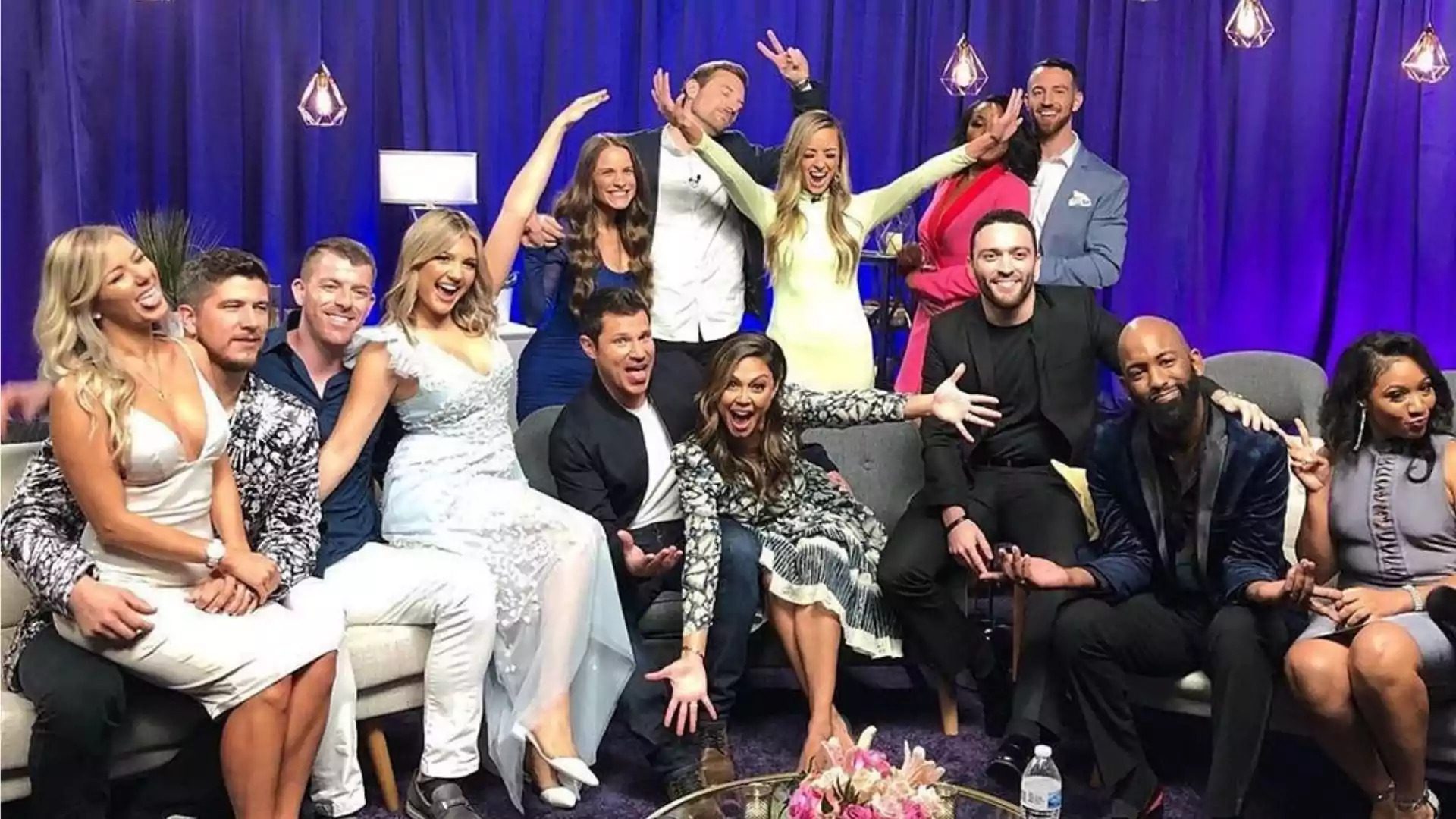 They have no say or influence over any of it. They simply set up the system and assist in moving the singles around depending on who they wish to spend time with. Chris Coelen also revealed that the casting committee for Love Is Blind was on the lookout for possible competitors who weren’t just in it for the attention. He is sure there are plenty of locations for folks who want to do things for the spotlight. He desired to work with people who were truly interested in [finding love].

How Many Episodes Will Be There in ‘Love Is Blind Season 3’?

There were 11 episodes in total in Season 1 of Love Is Blind, including the reunion. On July 28, 2021, Netflix published a three-episode special called “After the Altar,” which was more than a year later. “After the Altar” followed the couples from Season 1 to see who was still together, married, and on shaky terms (clearly, that’s Pike, Barnett, and Jessica Batten).

There were 11 episodes in Season 2 of Love Is Blind, including a reunion episode. There’s no indication on whether a Season 2 follow-up special, similar to Season 1’s “After the Altar,” will be released. That said, there’s no reason to think Season 3 of Love Is Blind won’t have an 11-episode run. 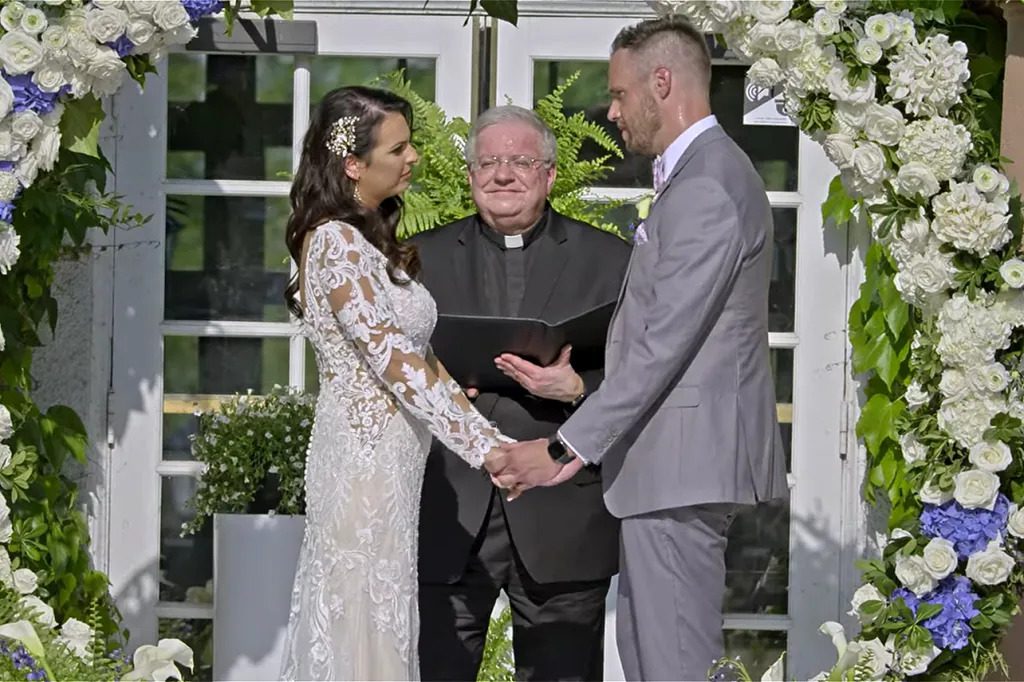 What Is Going To Happen In ‘Love Is Blind season 3’? – “Very Different”

Though no official teaser for LIB season three has been released, we can anticipate seeing a lot of the same in terms of dating pods and individuals looking for love. Season three, according to series producer Chris Coelen, will be “quite different” from seasons one and two. Yes, they’ve already started filming season three, he said, before going on to say that each season is different. Season three is unlike season one or season two in many ways. For the time being, he’s just excited for season two to premiere. They’re a fantastic bunch of folks, and he hopes everyone has a good time with them.