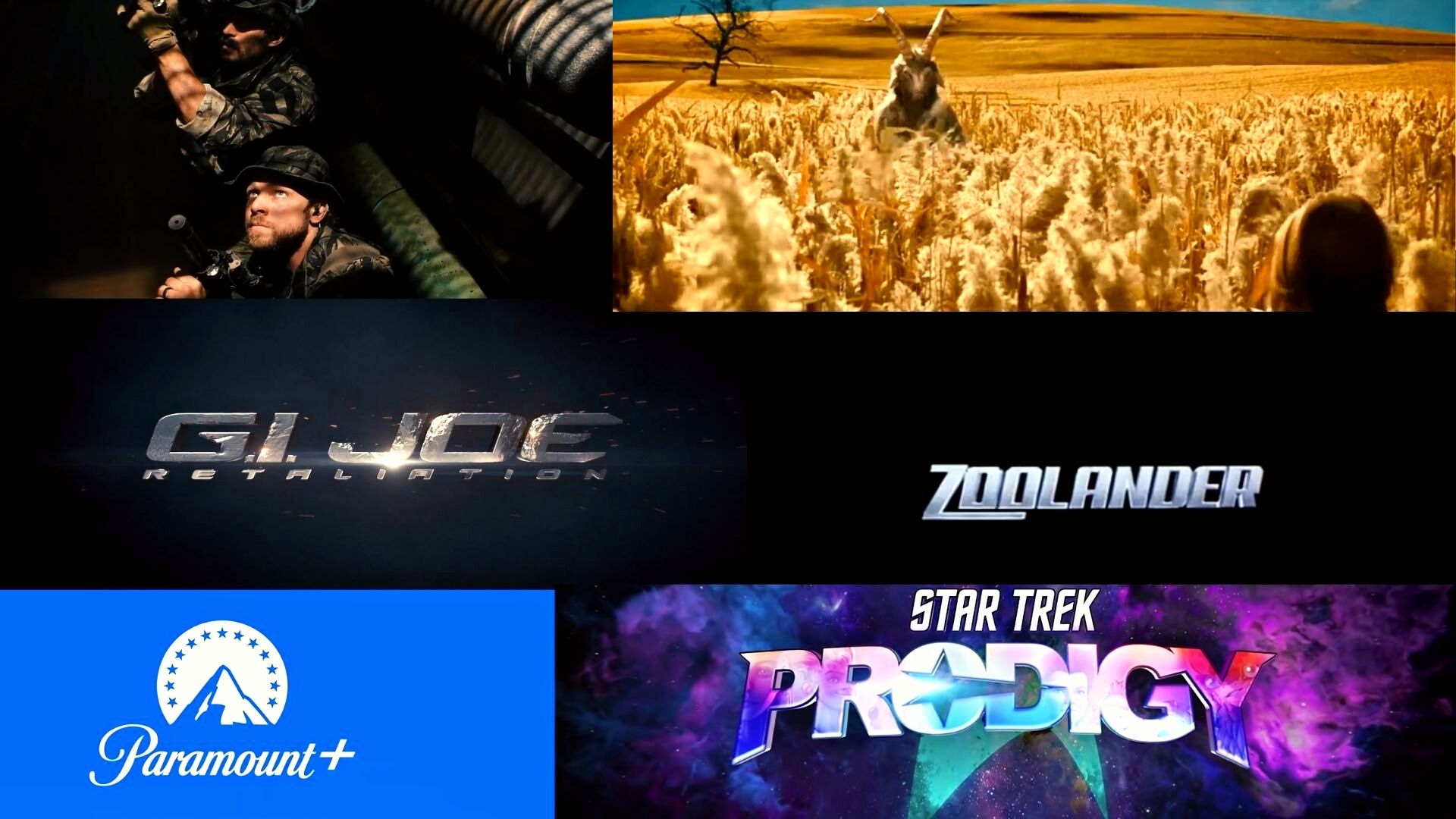 What’s Coming To Paramount+ In October 2021 is a hot topic of discussion these days. Moreover, a topic that has created quite a buzz on the internet needs a proper explanation. Hence, we are here to look upon What’s Coming To Paramount+ In October 2021. Likewise, which movies and television series will debut on the streaming platform in the next month will be a topic of discussion. As the month of September is coming to its end, people have been wondering what to watch in October 2021 on Paramount+. In addition to this, what new shows and movies will be a part of Paramount+ from October 1 will be indeed an exciting topic. For the viewers and subscribers, this stands out to be a perfect Halloween gift.

Paramount+ is a streaming site and OTT platform belonging to the United States. Likewise, it is being managed and operated by ViacomCBS Streaming. On the other hand, ViacomCBS is also the owner of this streaming platform. Paramount+ was first launched in the year 2014. However, at that time, it was launched as CBS All Access. It took a long time for CBS All Access to switch into Paramount+. However, on March 4, 2021, the most awaited change occurred and we got Paramount+. With the formation of the latter, viewers all over the world are able to access the platform.

It was a result of CBS and Viacom’s remerge in the year 2019. Paramount+ features the shows and movies by CBS, Nickelodeon, Comedy Central, Paramount Network, MTV, VH1, Showtime, and BET. No wonder, we can assess the crowd on this platform. Moreover, various Paramount+ originals have been stealing our hearts. The gifts fans will get from Paramount+ in October 2021 will be worth the wait. 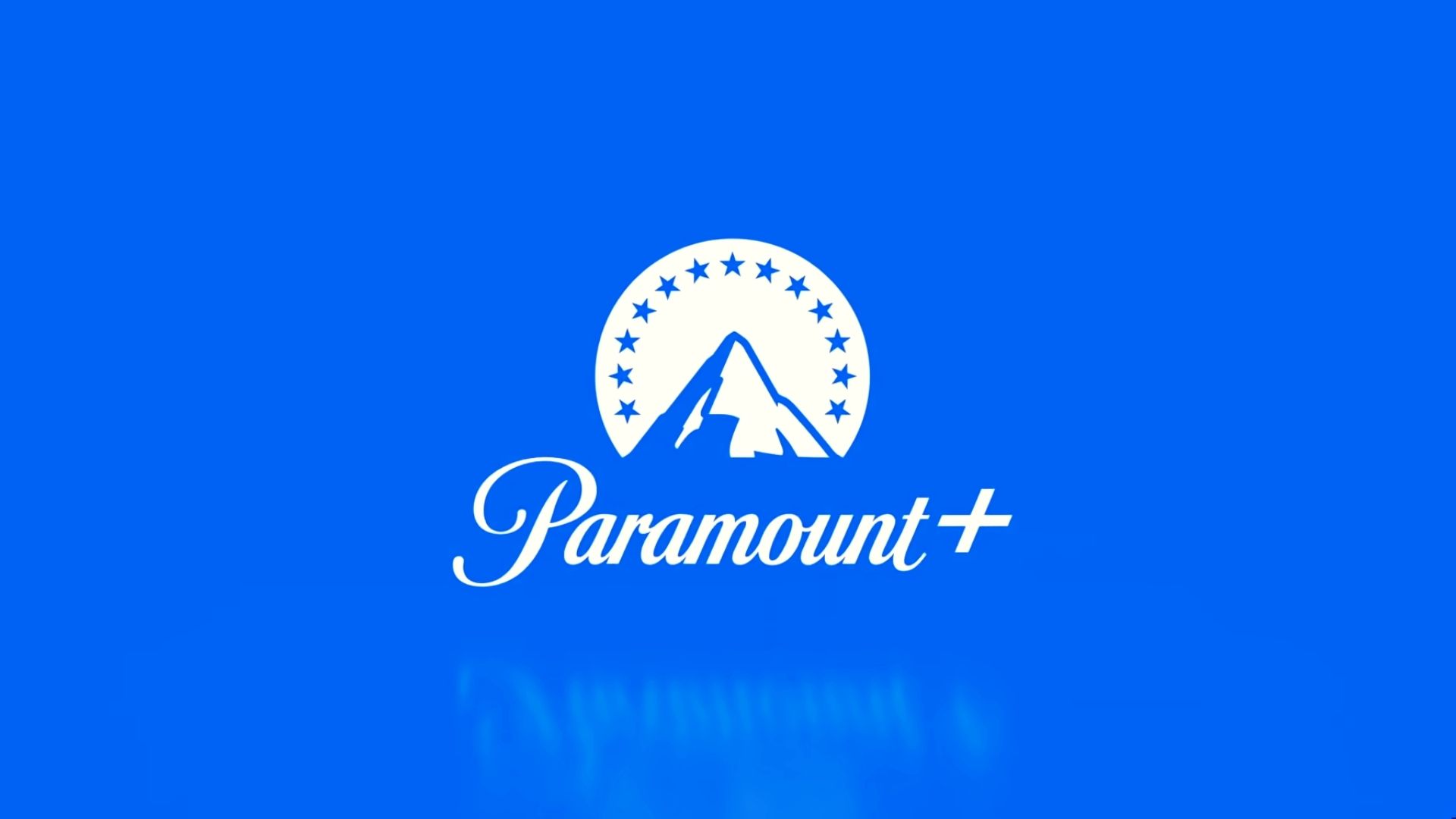 Paramount+ Originals To Release In October 2021

Paramount+ will be featuring a lot of new movies and television shows on its platform in October 2021. As the month is about to start, fans are curious about what kind of content will be a part of Paramount+ in the upcoming month. Consequently, the hype of new Paramount originals is high. Many shows will have their final episode premiering on the streaming platform this month. Also, various films and sports events will be a prominent part of this month’s activities. Hence, we can say that the month of October is going to be filled with a lot of drama and action. A perfect dose of entertainment has been prepared for the viewers in the month of Halloween.

Evil is a popular television series ongoing across the world. Moreover, the show has gathered immense popularity from the viewers. Be it the show’s amazing plot or the cast, every aspect has done justice to the fan’s expectations. As the name suggests, the show is based on something evil happening around the lives of the cast. Evil is a supernatural drama by CBS Studios. Hence, it is a prominent feature of Paramount+. As of now, around 11 episodes have been released of Evil Season 2. With the onset of October, fans will be eager to stream the finale episode of Evil Season 2. 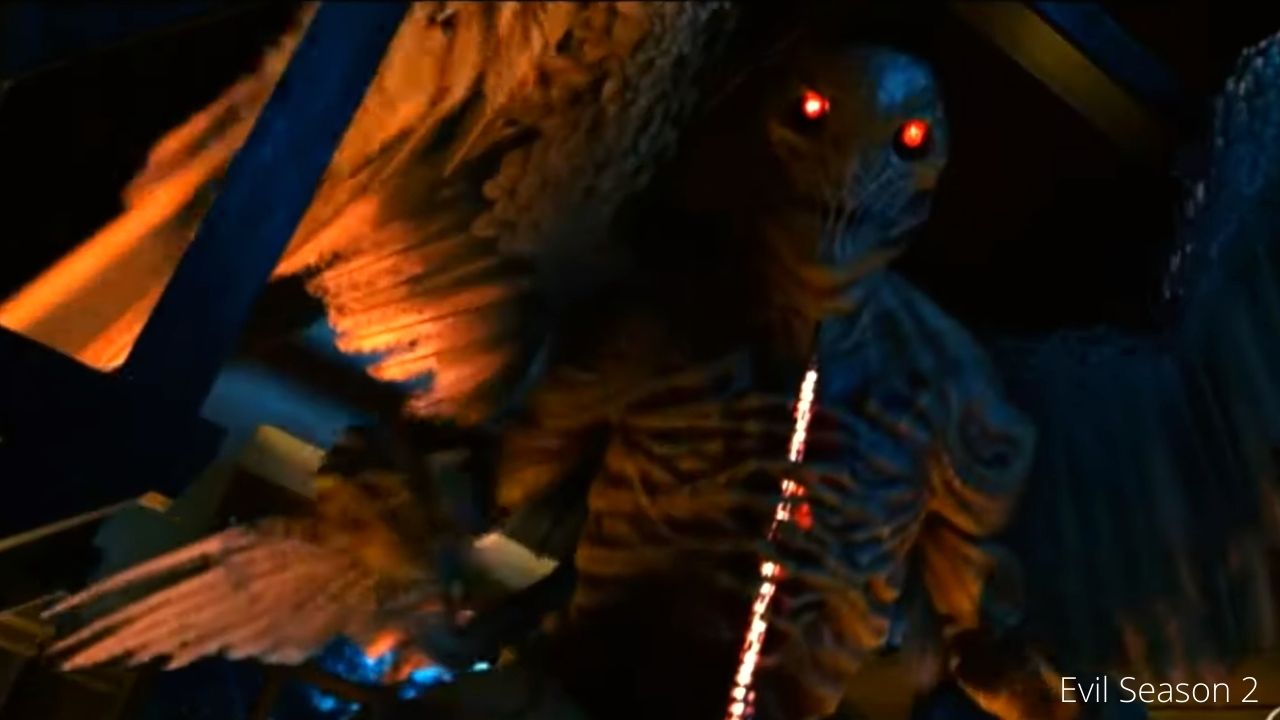 The plot revolves around the female protagonist, Dr. Kristen Bouchard who is a forensic psychologist by profession. She somehow turns out to be skeptical about the events happening around her. Hence, she allies with a Catholic seminarian to go through the depths of the events. Revolving around the theme of supernatural powers and events, Evil has created quite a buzz on the internet. As a result, people are waiting eagerly for the show’s final episode.

The military action drama has been a topic of discussion in recent times. Seal Team will be back on Paramount+ in the upcoming month of October. This time, the series is back with the fifth installment. Seal Team has been created by Benjamin Cavell. Since the year 2017, Seal Team has been entertaining the viewers through premiering on CBS. However, now the series will be premiering for season 5 on Paramount+ on 10th October 2021. 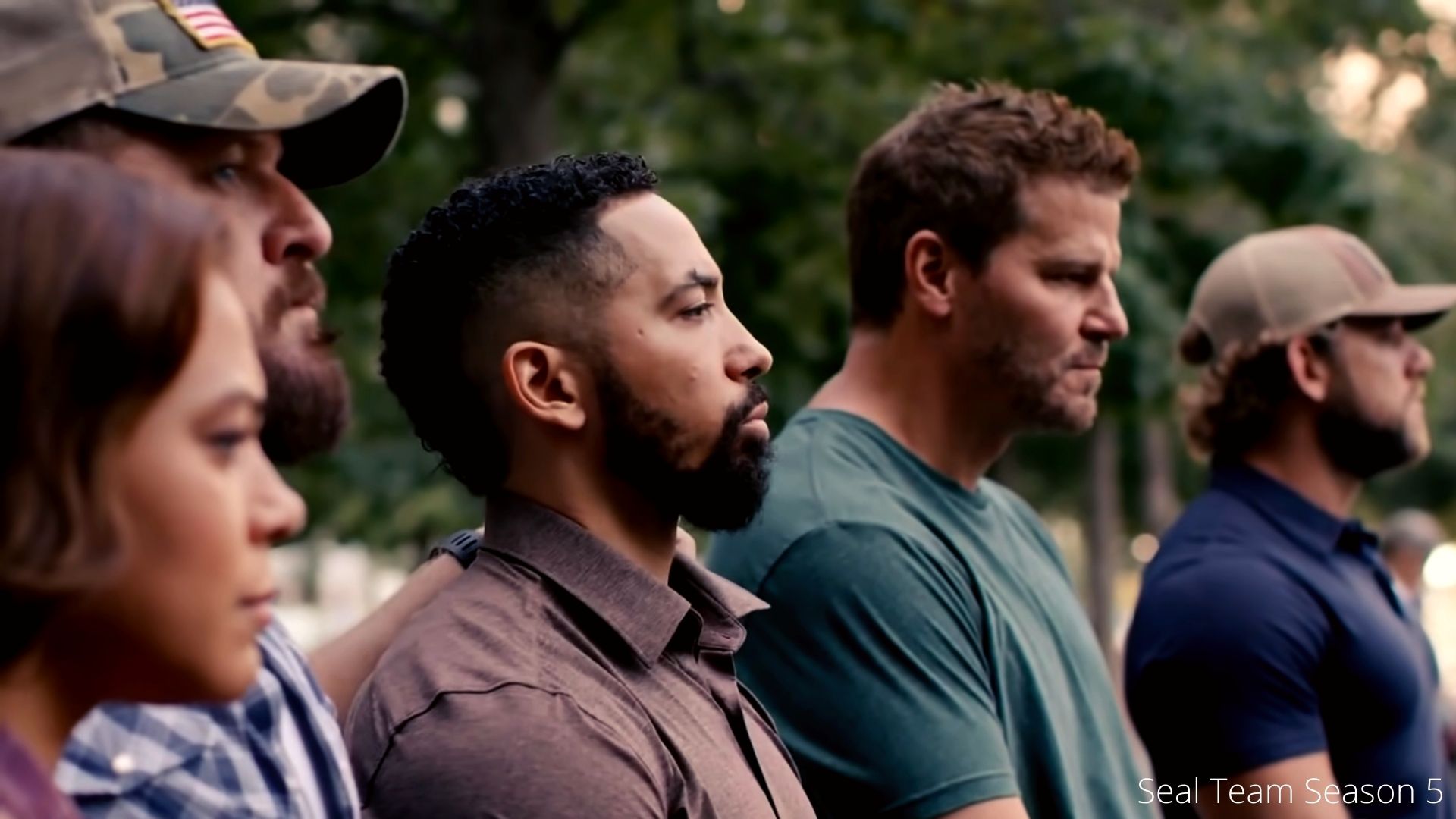 Seal Team revolves around a special unit of the United States Navy SEALs. The unit is named “Bravo Team”. Their missions and tasks are not easy to carry out. However, it is their duty to carry out these tasks without any glitches. This somehow leads them to a lot of problems in their personal and professional lives. What are these tasks and how does this team of six brave people deals with the situations is worth watching. David Boreanaz, Max Thieriot, Jessica Paré, Neil Brown Jr., A. J. Buckley and Toni Trucks are the prominent cast of this series.

Star Trek: Lower Decks will be a prominent feature in this month’s watch list on Paramount+. Interestingly, the animated series will be coming to the end of its Season 2 in October 2021. Star Trek: Lower Decks Season 2 final episode will air on Paramount+ on October 14, 2021. This series is one of the most liked animated series in recent times. Hence, the subscribers will be having a perfect getaway with this season’s final episode on Paramount+. 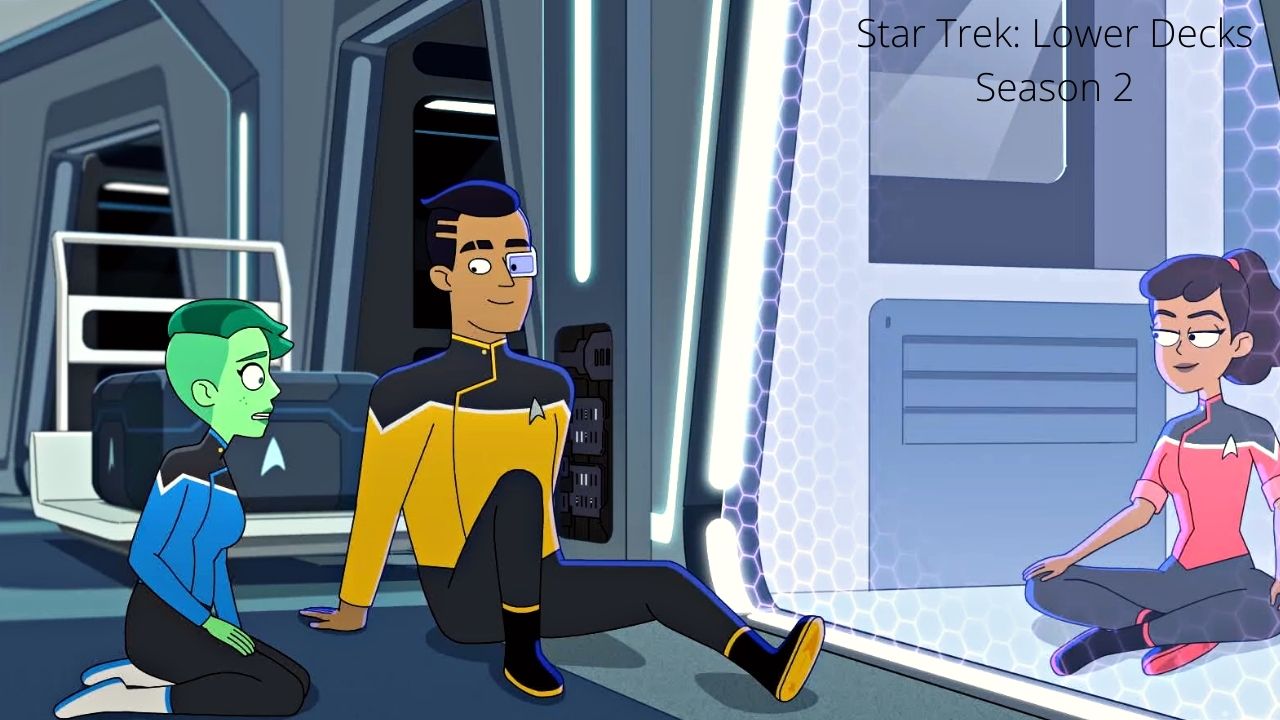 Star Trek: Lower Decks is based in the future year of 2380. The series revolves around a special team of the U.S.S. Cerritos. Mike McMahan is the leading producer of the show alongside Barry J. Kelly as supervising director. Star Treks: Lower Decks has been renewed for the third installment in April 2021. Interestingly, the show has gathered immense fame making it one of the most anticipated releases of October 2021 on Paramount+.

What’s Coming To Paramount+ In October 2021? Every Movie and TV Show

As we all know, the competition among the streaming platforms has increased in folds in recent times. Likewise, the quality and quantity of the content available on these platforms have a direct impact on the count of subscribers the platform gains every month. Hence, with the passage of time, OTT platforms like Netflix, Amazon Prime Video, Paramount+, HBO Max, etc have been shuffling their content and adding new ones to entertain more audiences. As a result, What’s Coming To Paramount+ in October 2021 holds importance in the eyes of the fans as well as the paparazzi. Here’s the list of movies and television shows that are going to make their way to Paramount+ in October 2021.

Also Read: How to Watch Netflix on Facetime iOS 15?