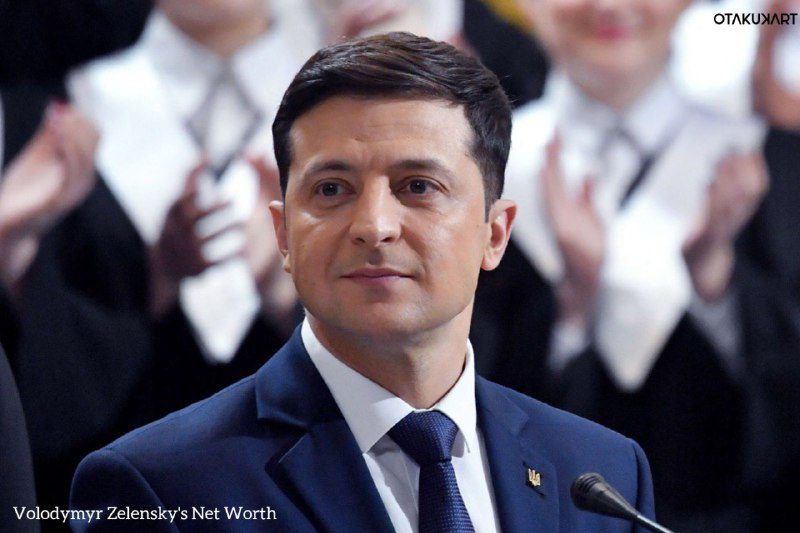 Amidst Russia declaring war on Ukraine, the Ukrainian current President came under the limelight! Though later Russian President Vladimir Putin cleared it as “Military Operation!” In between the ongoing loss of the Ukrainian property grabbed the attention of people on the question that how much does the president makes alone? What is the Net Worth of Volodymyr Zelensky? And if you too are curious, then this article is all that you need to quench your thirst! However, before we move towards the main topic of today’s article, let us know a little more about him.

So, his full name is Volodymyr Oleksandrovych Zelenskyy. He is a Ukrainian politician, former actor, and comedian, and most importantly is the sixth and current president of Ukraine. He has been serving in this position since the May of 2019. Before his career in acting, he had earned a degree in law from Kyiv National Economic University. Well, the process through which Volodymyr Zelensky made his way towards politics is itself interesting and worth knowing! After the completion of his studies, Volodymyr paved his way in the world of comedy and had then created the production company Kvartal 95. It produces cartoons, films, and TV shows. Interestingly, the same company produced “Servant of the People.”

And to your information, the current president of Ukraine, Volodymyr Oleksandrovych Zelenskyy, had played the role of president of Ukraine in it. The successful and popular series aired from 2015 until 2019. Surprisingly, the employees of Kvartal 95 together had created a political party bearing the same name as the television show in the March of 2018! And interestingly on the evening of 31st December, Volodymyr Zelensky announced his candidacy for the 2019 Ukrainian presidential election. Following this, he won the election with 73.2% of the vote in the second round and had defeated Poroshenko. 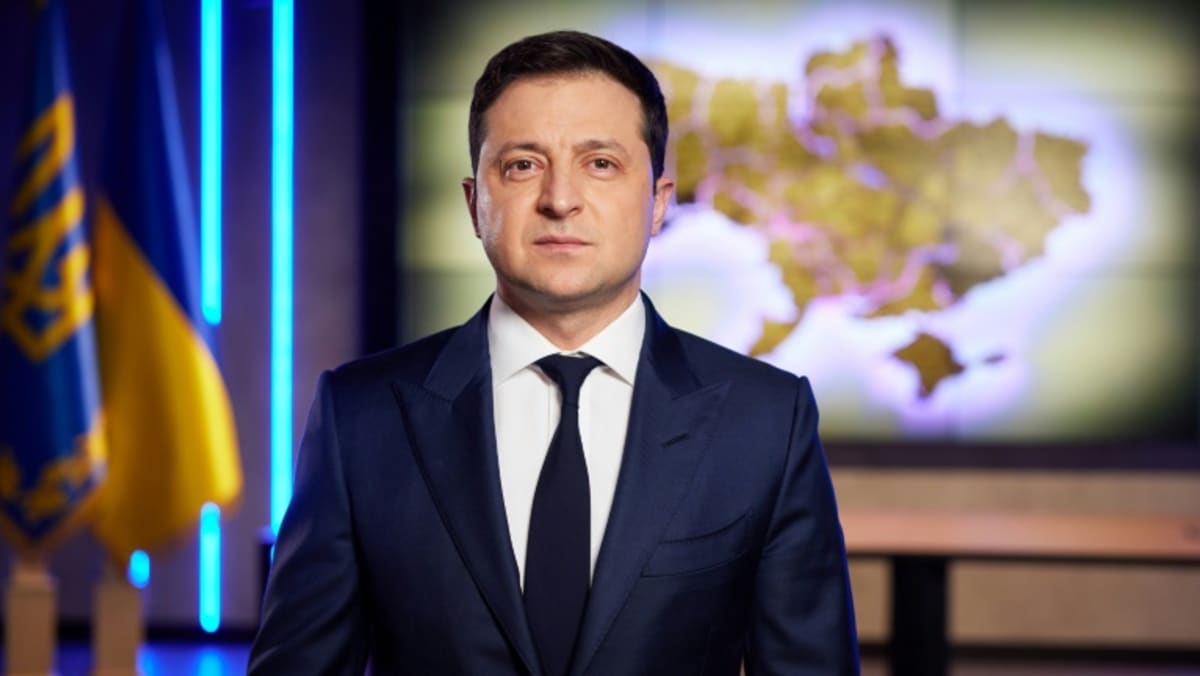 Volodymyr tries to prove himself as an anti-establishment and anti-corruption figure. And now the latest tension in the country has attracted worldwide attention! Ukraine has even urged the UN to stop all these anyhow! And the UN Secretary-General has made a direct plea to the Russian President Vladimir Putin to please stop at least for humanity’s sake. However, the tension is still enhancing! Well, as of now, let us move towards the main topic of today’s discussion, what is the Net Worth of Volodymyr Zelensky! A look into his fortune!

Volodymyr Zelensky’s Net Worth in 2022! How rich is the current president of Ukraine!

The journey which Volodymyr Zelensky traveled from the reel Ukrainian President to the current real-life Ukrainian President has eventually lined his path with huge respect across the country as well as wealthy Net Worth. However, it’s believed that he probably earns less money as the President than he used to earn as an actor. Unfortunately, the latest details regarding his Net Worth aren’t available. But to everyone’s interest, the most updated information on Zelenskyy’s Net Worth is available for the year 2019. The financial statements of that year claimed that Volodymyr Zelensky’s Net Worth was UAH 28,602,468. And if we equate it with that time’s conventions then it is estimated to be around 1.5 million U.S. dollars. Earlier, in 2018 also it was similar when Volodymyr Zelensky’s assets were worth about 37 million hryvnias.

Interestingly, it is believed that from then his income comes from his employment in the state department, and had not participated in any private sector entrepreneurial activities. Volodymyr is the sole owner of several trademarked properties, which also includes the name “Servant of the People,” Volodymyr’s own political party. And he earns royalties based on those trademarks. 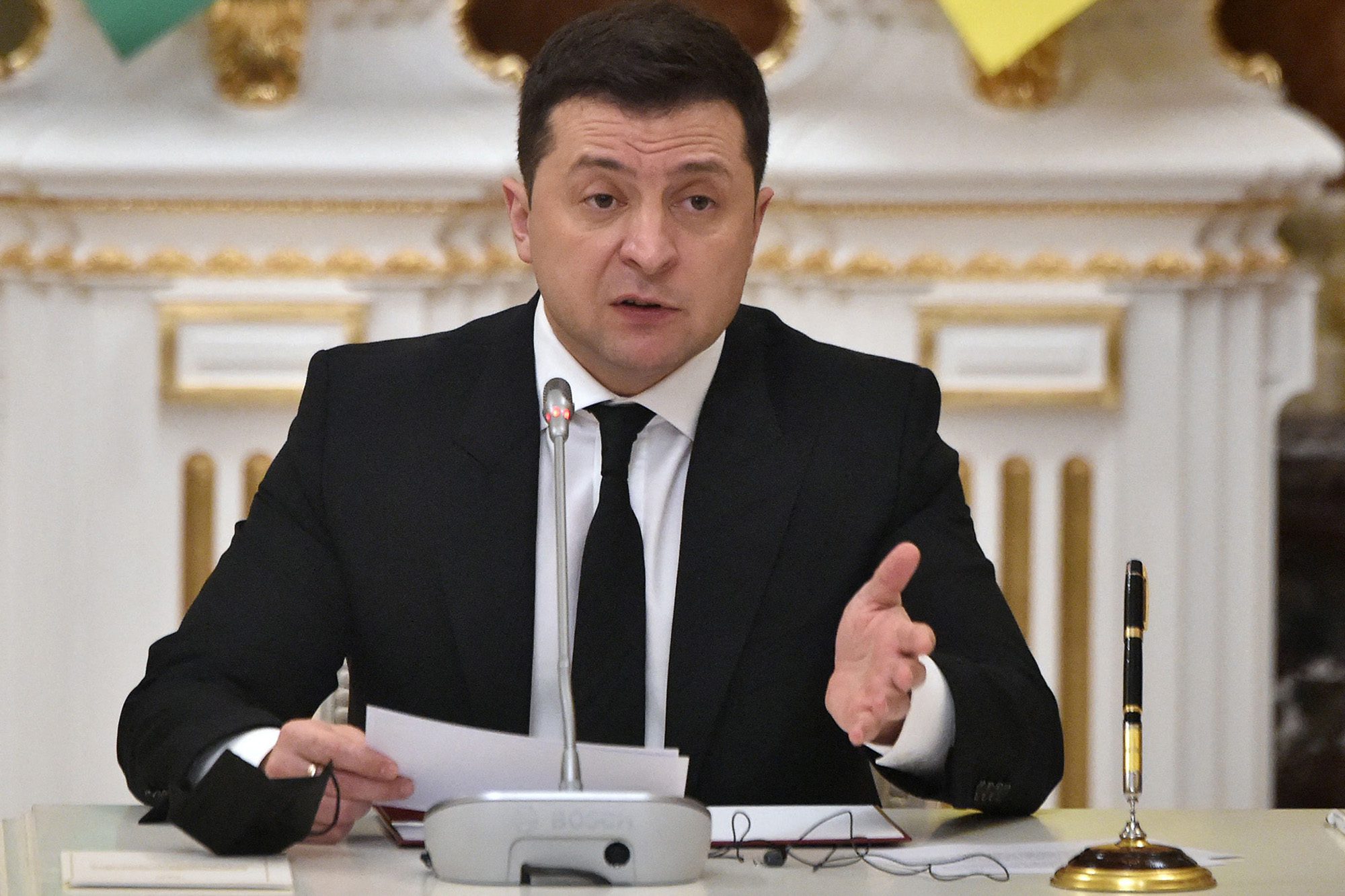 A look into the personal life of Volodymyr Zelensky!

Well, Volodymyr Zelensky is a devoted married man who has tied the knots with a Ukrainian architect and screenwriter with whom he had attended school. The name of the current First Lady of Ukraine is Olena Volodymyrivna Zelenska. In July 2004, the couple had welcomed a daughter named Oleksandra. And in the January of 2013, a son named Kyrylo. Though Zelenskyy’s first language is Russian, he is also fluent in Ukrainian and English!