What is the name of Pepe Le Pew’s girlfriend? Who is Pepe Le Pew Dating?

Lately, a tagline was catching the attention of the folks that how far can you think of going for your love! And Pepé Le Pew turns out to be your competitor in this challenge! Want to know how? The below article is all that you need! 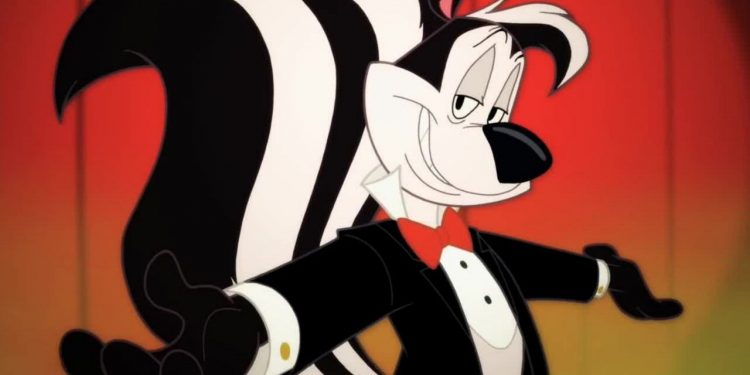 If you are in love, why better not express it! And if you think that you are lacking courage, then you would be blessed to have Pepé Le Pew. As he would have your back! He would be your perfect guide on this journey. As he had already proven his love by crossing every boundary. Not even his putrid odor could stop him from chasing his love! But what is the name of Pepe le Pew’s girlfriend? Well, before we discover more about Pepé Le Pew’s love life, let us first know a little more about him and his journey.

So, Pepé Le Pew is an animated character introduced in the Warner Bros. Looney Tunes and Merrie Melodies series of cartoons. He was brought into the limelight in 1945. He stinks as he is depicted as a French striped skunk. Pepé is known for his unapologetic quest for love. When he got to know that he was in love, he gathered all of his courage to chase his love interest. But other characters were not in a good mood following his offensive skunk odor and his aggressive pursuit of romance. And as a result of this, they all used to run away from him. So, was he able to chase his love interest? If yes, then what is the name of Pepe le Pew’s girlfriend?

Well, if you are willing to know the answers to the above questions, then the below paragraphs will help you to quench your thirst. As the article would open its folds, you would be getting to know many more interesting facts related to the love life of Pepe le Pew. On this note, let us begin our hunt to know all about the love interest of Pepe le Pew!

What is the name of Pepe le Pew’s girlfriend?

“Mm…..So lucky. So so lucky!” If this catchphrase is knocking your head, Pepé Le Pew had potentially grabbed your heart! But who is in the heart of Pepé Le Pew? And what is the name of Pepe le Pew’s girlfriend? Well, she is none other than the cutest Penelope Pussycat. Want to know more about her? The next lines would not let you down!

Penelope Pussycat is an animated cartoon character who was featured in the Warner Bros. classic Looney Tunes animated shorts. Where she had played a significant role as the protagonist of the Pepé Le Pew shorts, in a general concept, we all might think that the love interest of Pepe would also be a skunk. Well, to everyone’s interest, it would be worth mentioning over here that Pepe le Pew had also thought the same way. Unfortunately, he mistakes her for a skunk. But in reality, Penelope Pussycat is a female black cat. But why was all of this confusion?

Confusion took place because Penelope Pussycat often has a white stripe painted down her back, usually by accident. Like when she tried to dash off under a fence with wet white paint. No matter how much she tried to resist, Pepé kept his flirting game continued at a leisurely pace.

Under this subheading, it would be worth mentioning over here that the relationship between Pepé Le Pew and Penelope Pussycat is not that flat as it might look from a distance. Penelope was the one who usually found herself being followed by the overly energetic Pepé. But it was always not the same! Many a time, fate sprinkled its magic dust over the love life of Pepé. And as a result of that, we have witnessed the switch in the role of a pursuer. As several times, Penelope was portrayed as the chaser. As whenever the scent of Pepé got neutralized, Penelope Pussycat was seen developing an attraction towards Pepé. This means that both of them share mutual feelings towards each other.

Adrian Peterson’s Net Worth: How Much The Footballer Earns in 2021?