Mega Raid is a new tier of Raid Battles that will occur in Gyms on a regular basis. 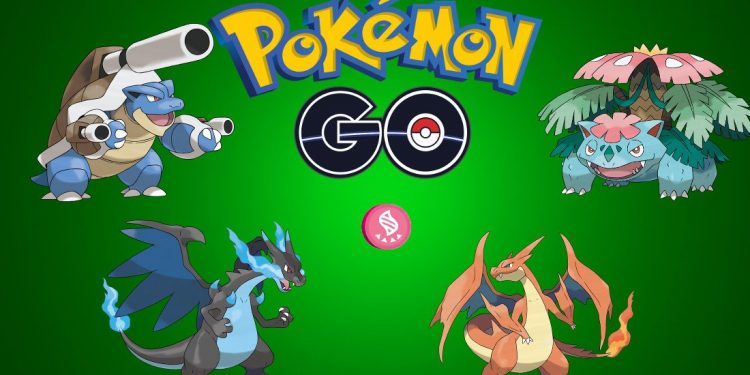 Pokémon Go is an augmented reality (AR) smartphone game that was released in 2016 with Niantic in partnership with Nintendo and The Pokémon Company for iOS and Android devices. It uses GPS-enabled mobile devices to identify, catch, train, and fight virtual monsters known as Pokémon, who seem to be in the player’s real-world locations. Lately, the game has been coming out with lots of new updates. Through these updates, the players have learned about a new component in the game known as Mega raids. So, what is Mega raid in Pokemon Go?

The game is free to play. Furthermore, it employs a freemium business model in conjunction with local advertising and offers in-app payments for extra in-game stuff. The game began with about 150 Pokémon species, which had grown to over 700 by 2021.

What exactly is Mega raid in Pokemon Go?

Mega raids are a form of the boss battle against Mega-Pokemon in Pokemon Go. They are among the most challenging battles in the game, while the rewards are debatable. Mega Raids are a new kind of Raid Battle that is identical to conventional Raids but pits you against a Mega Evolved Pokémon. Instead of the Mega Pokémon, players are awarded Mega Energy at the completion of the Mega Raid. The sooner you finish the Raid, the more Mega Energy Trainers you get.

Thus, Mega Raid is a new tier of Raid Battles that will occur in Gyms on a regular basis. In terms of difficulty, they are similar to Legendary Raids, except that the Raid boss is a Mega-Evolved Pokemon. Whenever you beat the Mega-Evolved Pokemon, you will get its Mega Energy, which you will need to Mega Evolve your own Pokemon. The quicker you beat the Raid boss, the more Mega Energy and other benefits you will get after the fight.

You’ll also have the opportunity to capture the Raid boss (in its standard, non-Mega-Evolved form). Mega raid in Pokemon Go may be identified before they begin with the presence of an egg in the Gym. They also feature a special emblem above the egg that is only used for Mega raid eggs—making it very simple to determine if an imminent raid spawn is a mega raid or not in Pokemon Go.

When these eggs hatch, they will produce Mega-Evolved Pokemon like as Mega-Venasaur, Mega-Charizard, and others. This Pokemon will thereafter be the Mega Raid’s boss. The egg’s outcome will be a Mega Raid for the Pokemon chosen. Mega Raids are as powerful, if not more so than Legendary raids. It should be tackled with the care of any Trainer who is familiar with them.

How to find Mega Raids in Pokemon Go?

The bad news is that there is no foolproof method for causing one to emerge. If there were, everyone would do it, which would take some of the joy out of it. However, there are methods for detecting Mega Raids before they begin, allowing you to remain nearby.

When there are Raids nearby, you may find them by utilizing the Raid Battles option in your menu. You may also join Raid combat from anywhere if you get an invite from a buddy. Normally, before a Raid starts, a Pokemon egg will hatch on top of the Gym, the color of which indicates the severity of the Raid.

However, if you see a Raid egg that is glowing and moving between a variety of hues, it signifies a Mega Raid is about to begin! The Mega Evolution icon should also be shown on the Raid indicator. There are prizes for bringing out Mega Evolved Pokemon if you have the courage and/or manpower! Hopefully, you’ll be fortunate, and one will spawn near you.

What are the Mega Raid Bosses?

Mega Raids were released with four bosses: Mega Venusaur, Mega Charizard X, Mega Charizard Y, and Mega Blastoise. Niantic has now added Mega Pidgeot to the mix, and Mega Houndoom also made its debut in Mega Raids on September 29. Each Mega Raid monster has the same power and CP as a Legendary Pokemon, so you’ll need to join up with other players and carry the right counters before facing them.