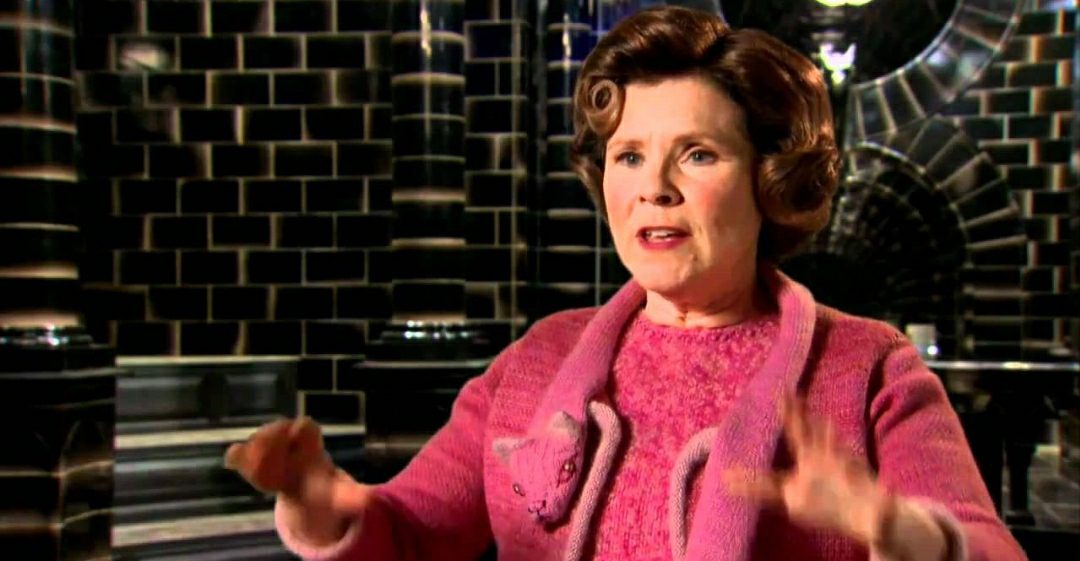 What happens to Dolores Umbridge? One character from Harry Potter that you hate the most than anyone else. The one person who makes your blood boil when they appear on the screen or in the book, for me, it’s Dolores Umbridge. I think it’s safe for me to say Dolores Umbridge that a lot of you would choose. Yeah Fine, I get it not everyone hates her but come on, she has to be up at the top for sure. I have even heard people saying she is worse than Voldemort, well maybe. But anyway, you have seen the title of the article, unlike me, you wondered the same thing about what happens to Dolores Umbridge after the battle of Hogwarts. Why didn’t she participated in the war or is there any chance of her getting some reprieve to avoid punishment. All that we are going to discuss in the article.

One of the most wicked teachers in the history of  Hogwarts is Dolores Umbridge.  However, she is the most fascinating villain, and the lady who played the character, Imelda Staunton is a versatile and most talented actress. Dolores joins the Harry Potter series in the fifth installment, Harry Potter: The order of Phoenix. What happens to her?  Does she die or still alive? All that you wanna know is there in the article.

All About Dolores Umbridge

Dolores Jane Umbridge was the eldest child of Orford Umbridge and Ellen Cracknell. An accomplished witch, she joins the Ministry of Magic as an in the Improper use of the magic office. Even at eighteen, Dolores was judgemental, arrogant, and sadistic. Although her saccharine manner, ruthlessness, and stealth with which she took credit for all good works of others gained her advancement. While most of the people of ministry valued her hard work but those who got to know her found it difficult to like her. As she grew older and rose higher in ministry, her taste in little girlish accessories grow more and more.

Even her name was taken very carefully by the writer JK Rowling. ‘Dolores’ means sorrow, something she inflicts on all around, and ‘Umbridge’ means an offense, which truly describes her personality. 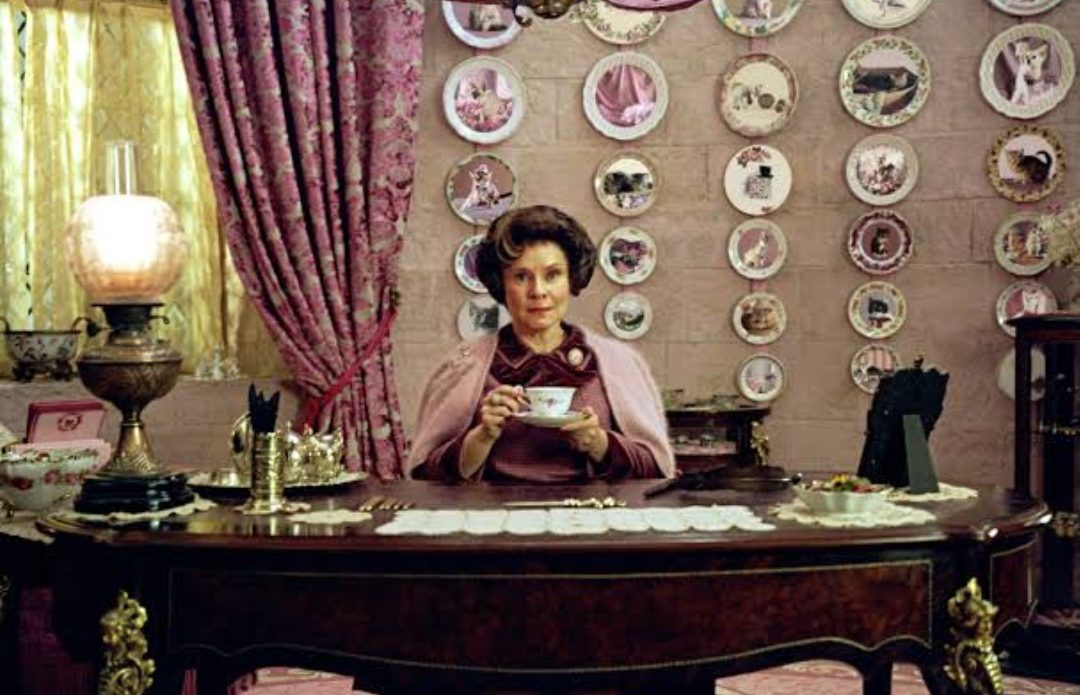 What happens to Dolores Umbridge?

As the new defense against the Dark arts instructor, the Saccharine pink-colored is only there to dissuade students from actual learning. This forces Harry and his friends to create an illegal secret study group so they can teach themselves defensive spells. If that’s wasn’t bad enough, Dolores also tortures her students, and in The Order of Phoenix, she has even got a little slap-happy with Potter.

Umbridge made her appearance in three parts of the series. She was introduced in the fifth installment, thereafter we can see her Half-blood Prince and finally in The Deathly Hollows.

In order of Phoenix, Umbridge has carried away by the Centaurs but was rescued by Dumbledore. Here is the video from Harry Potter: Order of the Phoenix.

Even though she’s driven out of  Hogwarts by the end fifth part, she returns to work at the Ministry of Magic.

She again appeared during the second last installment of the series, Harry Potter and Deathly Hollows part 1. In classic Umbridge style, she’s back to old ways of abusing power. Moreover, she has taken a new position as the head of the Muggle-born Registration Committee, where she resides over show trails of Muggle-born. She even didn’t participate in the battle of Hogwart, it’s not exactly known why but it was speculated she is being clever and tactical knew if the current ministerial regime would fall, she can defend herself. But nothing could save her from getting punished.

With the fall of Voldemort, Dolores Umbridge was sentenced to the prison of Azkaban for her crimes against the Muggle-borns. Currently, she in prison for the last 20 years, having plenty of Time to reflect her cruelty.