Zenith is the mother of the protagonist and also a major supporting character. 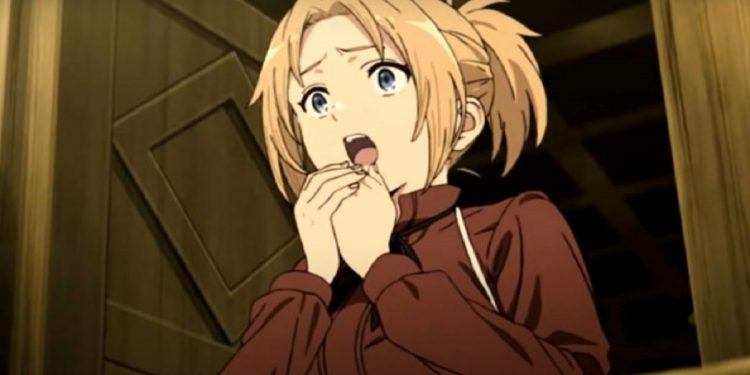 Zenith Greyrat had disappeared in the teleportation incident, and everyone was left wondering what happened to Zenith Greyrat? Do not worry; a mother like her tends to fight against enemies. After all, she was an adventurer, and she knows how to handle the situation. But, seriously, why is she the only one who was not revealed by anime creators at the ending scene of season 1. Do you guys want to know? Okay, we have some important news regarding her. So, read the full article to know what happened to Zenith Greyrat.

Zenith Greyrat is the mother of Rudeus, who is the main protagonist of the anime series Mushoku Tensei: Jobless Reincarnation. She is also a major supporting character alongside Paul Greyrat. She is the wife of Rudeus’ father, Paul Greyrat. She has two children, Norn and Rudeus Greyrat. She was an adventurer and worked as a healer.

We know that the central focus of the story is Rudeus because he is the main protagonist, but it does not mean that Zenith Greyrat is not going to shine. She is one of the most significant characters throughout the anime series Mushoku Tensei: Isekai Ittara Honki Dasu. Her childish and naughty behavior makes her a kind of funny character.

Zenith Greyrat is one of those characters who we have not been seen after the teleportation incident. Then, what happened to Zenith Greyrat? No need to worry, as nothing much happened with her, and she is still alive. And this is confirmed by the Great Emperor of the Demon World, Kishirika Kishirisu. She has a demon eye that can see and find anyone, so she helped Roxy Migurdia, who was searching for Zenith Greyrat.

Kishirika Kishirisu told her that “She is on the Begaritt Continent in the Labyrinth City of Rapan,” so it is clear that alive but what her current state, this is not cleared. In the ending scene of season 1, where we have seen some major clues about Sylphiette, but there is not much detail about Zenith except her approximate location and her current state. That means she has a major part to play in season 2. At least for now, she is still alive.

Zenith Greyrat tresses are yellow-colored, and her eyes are azure-colored. She looks like a middle-aged woman. We have seen her in a lengthy shirt which is crimson in color pattern and also dons a light emerald color skirt with the stripes in a pattern of light black. And grizzly colored boots and belts. Her appearance and her physique are quite attractive. She has a lean body with a lady-like figure.

Zenith Greyrat has a very kind and welcoming nature. And she behaves calmly and steadily in difficult moments. She usually gets angry when Paul Greyrat shows that he is famous as a ladies’ man. She does not like it if anyone tries to harm her garden. Zenith is shown as a strong woman who does not like to show her pain in critical situations. She is a very decisive personality and is an intelligent woman.

Zenith loves her children Rudeus and Norn, and she also loves Aisha. Her accepting and understanding nature makes her unique to stand alone on top of other characters. Zenith displays her feelings, mainly when she feels down, and always tries to hide them in behind one sweet and simple smile. One of the best things is that her naughty and childish personality surprises everyone, and she can make fool anyone. That looks kind of funny, though.

After knowing about Zenith Greyrat, you might want to catch up with Mushoku Tensei: Jobless Reincarnation. The anime has 1 season with two cours, all of which are available to watch on Crunchyroll, Hulu, FUNimation, and Muse Asia YouTube Channel.

You will be required to either log in or subscribe to the streaming websites. Meanwhile, in the case of Muse Asia YouTube Channel, it is only available for Southeast Asian Countries.