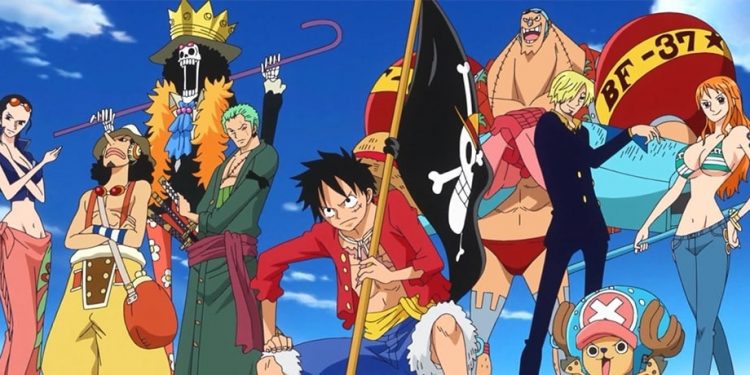 What episode is the time skip in one piece? So, I guess you are new to this fandom, you must have begun watching One Piece and someone told you about the time skip and here you are. You are being restless I must say. You are being so eager to get a heavy dose of spoilers. Your wish is my command. I will take you to the very last inch of the spoilers and will disclose every important detail of this ultimate time skip. So, let’s begin with the introduction of the series along with the plot that you will go through while watching it. The series of One Piece is one of the oldest series. It is the longest manga and anime series, that has the most number of episodes and chapters.

You might have seen much other anime series that are from the pirate and shonen genres. However, if you haven’t watched One Piece yet, it is just not high time to decide your favorite one. The plot of the anime and manga series One Piece is set up in a fictional world where humans and other races coexist. All types of mythical creatures, humanoids, dwarves, minks, fish-men, and merfolk live in this world. The protagonist of the series, Monkey D. Luffy, who has gained the properties of rubber is the center around which the plot revolves. Luffy has this dream and aims to become the greatest pirate in the world and find the mythical One Piece. He himself is the leader of a group of pirates named Straw Hat Pirates. The whole journey and adventures that he goes through to achieve his aim have been depicted in the series.

What Happened After the Timeskip?

As the series was almost halfway from completing its 1000 episodes, the creator decided to put in a time skip. This is the most fascinating twist among all of them you will witness throughout the series. The reason why people are so much interested in this is that they wanted to see what will happen after this time skip. How their favorite character will develop? what new abilities and powers they will achieve? Will they become stronger? Will they become more beautiful and handsome? I will give you the answers to every question.

The time skip which is been included in between the anime series was of 2 years. The duration seems to be quite less but no one knows better than the quarantine survivors, that how long 2 years can be. In these 2 years, the characters have massive development. We don’t know whether it was planned or not, but somehow the animation of the series turned out to be much more beautiful. All the characters grew out stronger and much more handsome and beautiful than before.

To be particular, Luffy the protagonist who was a thin petite looking man, turned out to be very muscular. He finally learned to use his Conqueror Haqi and gained some characteristics, that made him look like an actual protagonist. In the course of these 2 years, Zoro gained training from Mihawk and grew even stronger. As for Nico Robin, she was the one who shooked the entire fandom. After this 2 years time ship, she was revealed as a very beautiful lady with fairer skin, curvaceous body, and whatnot.

What episode is the time skip in one piece?

The first episode after the time skip was titled the “New Beginning”. As strongly the straw hats wanted to reunite, they knew they have to become stronger for further challenges. Hence, they took these 2 years to grow separately. The first arc that began after the 2-year time skip is the Return to Sabaody Arc. Episode 517 of the anime and chapter 597 of the manga was when the time skip happened. This is a lot of spoilers I guess, yet I haven’t gotten into the depth of the matter just to be lenient on newbies.