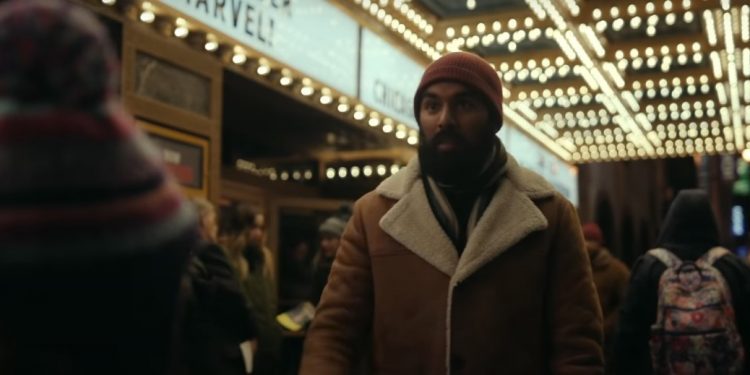 Station Eleven Season 1 Episode 10 marks the culmination of this apocalyptic miniseries on HBO Max. Firstly, just as episodes eight and nine made definitive links among the many timelines this series has. The show will give us crucial moments. Also, in the final episode, we’re going to see how the thin red lines between the surviving characters come to odds with each other.

Just as “The Prophet” keeps reconnecting with his past and turning everything into a chaotic nightmare, Kirsten and Jeevan will see a major challenge in their plotlines. One that will finally unfold in this definitive closure installment for this HBO Max exclusive series. Now, without any further ado, let’s begin unraveling what’s next for the Station Eleven series finale here at Otakukart.

Elizabeth is now at the Museum of Civilization, in which the Traveling Symphony has finally agreed to play. Kirsten finally arrives in Severn City after surviving an attack by the Bandanas and also being brought back to life by Tyler (a.k.a. The Prophet). She and Tyler are taken to the Museum of Civilization. Where Clark, the museum’s eccentric director, puts their claims to being actors to the test with the Traveling Symphony. Kirsten and Tyler are let into the museum’s quarantine zone after conducting a piece from the Station Eleven animation, which they both know word for word.

Kirsten soon discovers that the museum’s hospitality is just a ruse for Clark to keep the Traveling Symphony imprisoned. She tries to persuade the rest of the squad. But their cries to rally and break free from the enclosure are met with skepticism. The comfort and security of the museum impress the other members of the artists’ troupe, and they agree to spend the winter there.

Tyler has his own plans and steals an old remote device from the “artifacts” section of the museum. He assists Kirsten in bidding farewell to Sarah, who claims to be struggling from a “broken heart” as a result of his childhood experiences at the airport. Tyler then walks away, escorted by Kirsten. He uses the stolen remote to blow up the airport tower. Which houses the majority of the museum’s artifacts once he is outside the airport building.

Jeevan and Kirsten, in their first winter away from the apartment, have a couple of issues. First, Jeevan, irritated by Kirsten’s constant reading, makes a split-second decision to discard the Station Eleven comic she carries with her at all times. He returns to retrieve the book after an argument but is savagely assaulted by a wild beast.

When Jeevan wakes up, he is surrounded by a bunch of pregnant women who appear to have nursed him back to health. The women, led by Terry, have transformed an abandoned store into a “birthing center” to assist new would-be mothers in giving birth. Jeevan panics at first, attempting to return to the cabin where he left Kirsten when he went to retrieve her comic. However, due to an injury-related amputation of his foot and the harsh winter blizzards, he is unable to leave. Jeevan eventually settles in and begins to assist Terry. Who is in desperate need of a doctor to assist with the deliveries.

Out in the Sticks

Despite his lack of medical training, Jeevan spends the next several weeks assisting women at the birthing center. He makes a connection with one of the girls there and leaves with her, yearning for connection. She returns him to his now-vacant cabin. Where Jeevan laments the loss of Kirsten. After that, we see an older Jeevan by the lakeside with the woman he left with and a young girl twenty years later in Episode 9.

Jeevan is followed in the melancholy finale of episode 9, but the fate of his young partner, Kirsten, is mysteriously left unanswered. Despite the fact that we know she survives and eventually joins the Traveling Symphony. The girl is left all alone in the middle of the winter when Jeevan goes missing for several weeks. The compass Jeevan discovers when he returns to their vacant cabin is the only clue to her departure. Kirsten clearly left it for him to find, as she tells us she left the cabin on her own accord, most likely in search of supplies.

Where To Watch Station Eleven?

If you wish to watch Station Eleven, you need to go to HBO Max. Because this is an exclusive series to that platform. Consequently, you won’t find it on Netflix or Disney+. Fortunately, HBO is a globally available platform. And you can get it as a standalone service or in the form of an add-on to platforms like Amazon Prime Video or Hulu.

Station Eleven Season 1 Episode 10 will release on January 13, 2022, via HBO Max at 3:00, Eastern Time, United States. Firstly, the episode will be titled “Unbroken Circle” and it is based upon a script by Patrick Somerville. Second, every new episode drops on Thursdays. Lastly, this episode marks the final episode of this HBO Max miniseries. With this, we conclude our coverage here at Otakukart. Thanks for reading our article. And please keep coming back for more daily updates on all your favorite shows, series, and movies.

Also Read: Who is Gael Garcia Bernal Dating? Peek into His Career and Love Life

The Greatest Demon Lord Is Reborn As A Typical Nobody: New Trailer Released