Brother-sister sharing the same body? Will they have the same abilities and powers as well? 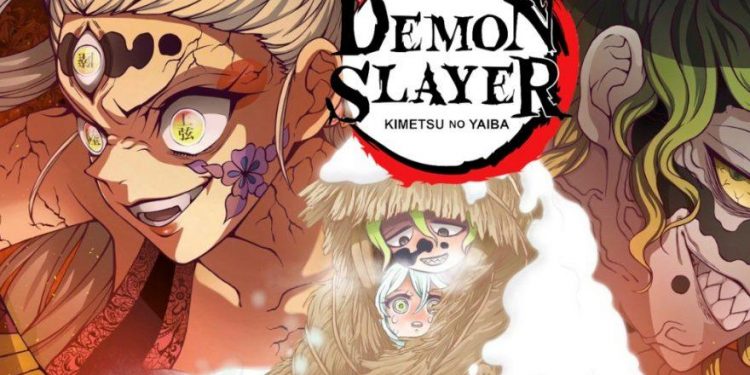 Have you ever thought of or seen a Demon throwing a tantrum? A demon sister crying for help? That’s unheard of, isn’t it? Excited to see the epic scene coming up soon? Then while before you witness that part, why don’t we look at what exactly do they have up their sleeves? So coming back to the topic, have you watched the latest  Demon Slayer: Kimetsu no Yaiba: Yuukaku-hen episode? Are you eagerly waiting for the next episodes? Are you up-to-date with both the anime series and manga?

Then, have you heard of Upper Moon Demon 6? Wonder who might be that mysterious person- I mean demon? Well, Daki is the second holder of that position. Instead, her oni-chan, older brother, is the actual and primary holder of the Upper-Rank Six! Both are siblings, and their backstory is quite tragic, you see. Brother and sister sharing the same body, will they be sharing the same power as well? Our motive is to find out their abilities and power. So without any further ado, let’s look into the powers and abilities of Gyutaro and Daki.

Who are Gyutaro and Daki?

Gyutaro and Daki are siblings. They share the same body and blood. Both the siblings were born in an Entertainment District’s Lowest Area, where only sick prostitutes, geishas, and oirans who could no longer work were either sent and/or left to die.

Daki, before, wasn’t called by that name. She was initially called ‘Ume.’ And as for Gyutaro, his name was supposed to hold some managerial position. A ‘Gyuu’ is a manager who calls in customers and gathers money in the Red-light District. So sometimes they are called ‘Giu’ or ‘Gyuutarou,’ but that probably wasn’t the only reason why the boy (Gyutaro) was given the name of a managerial position. Even though Gyutaro’s human memories are spotty, he continues to hold that name.

Gyutaro has killed over 15 strong Hashiras in the past, making him an extremely deadly individual. He was even able to deflect Uzui’s attacks. So let’s get to know Gyutaro’s abilities and power, that is, the power of the true holder of Upper Moon six.

Because Gyutaro is no longer a human, just like any other demon, he, too, has enhanced regeneration ability. He could easily grow his lost limbs, and other parts, in seconds, after receiving more of Muzan’s blood.

He is also able to merge cells with Daki, which then enables her to become stronger than before. Gyutaro’s psychic connection with Daki enables him to implant an eye into her forehead, which lets Gyutaro make wise decisions while during a fight. And because he can detach his core from the body, Gyutaro is immune to decapitation by Nichirin swords. While fighting with Tanjiro, Inosuke, Zenitsu, and Uzui, Gyutaro, with his psychic abilities, was able to coordinate his and Daki’s move altogether.

Undeniably, Gyutaro is also able to manipulate his flesh. He uses the Blood Demon Art: Blood Manipulation, with the help of which he can detach his flesh and blood and shape it into the form of pair of dual scythes, which he then uses in battles.

Being able to hide among all humans is extremely difficult. But Daki has shown to have the keen intellect to be able to do that for years now.

Daki can be considered as a very powerful demon, having been personally acknowledged by Muzan as a ‘special demon.’ She harbors an immense amount of Muzan’s blood. In the past. Daki was able to eat seven Hashiras, further exemplifying her strength. Her flesh detachment in the form of an Obi was strong enough to hold Zenitsu, Inosuke, Makio, and Suma’s combined attacks. The sentient flesh (she creates sentient Obi sashes to guard and protect her’ store house’  where she keeps her food, i.e., humans) which Daki spread throughout the city, when returned to her, her power surged up.

Daki is also able to control her hair (might be an extension of her shapeshifting and flesh manipulation techniques). Daki, as well, has immense regeneration ability. She reattaches her Obi sashes and legs even after so many cuts. Daki can showcase her Obi sash manipulation technique, where her Blood Demon Art allows her to create flower-patterned Obi sashes from her flesh, as well as manipulate them at will.

Gyutaro’s psychic connection with Daki increases her speed, and other reflexes can even outclass Zenitsu’s Thunderclap and Flesh technique. She even appeared to be so fast that it seemed like she teleported! Daki also has unique immunity to the decapitation by Nichirin Swords because of her connection with Gyutaro. This was witnessed when despite cutting her head off by Uzui and Inosuke, Daki’s body didn’t decapitate nor showed any signs of disintegration.

Who was Minato’s Shadow Hokage?