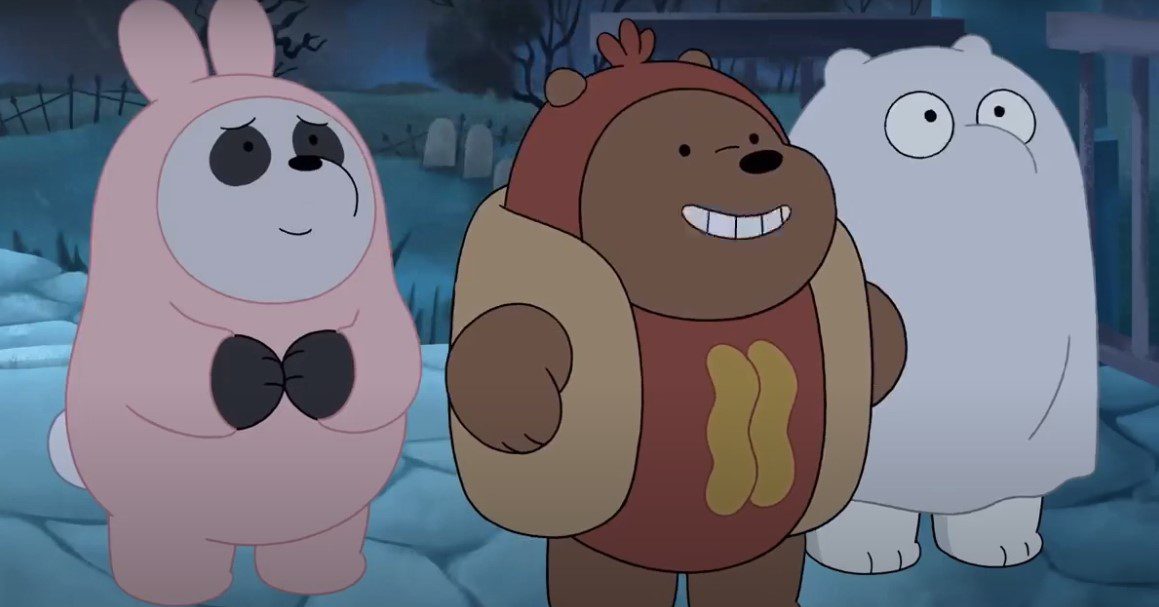 The spin-off to the We Bare Bears Cartoon Network show; We Baby Bears release date is here. Firstly, the show was created by Daniel Chong out of a webcomic that took off at the KLIK! Amsterdam Animation Festival, which is a testing ground for animation projects in Europe. Secondly, the precursor to We Baby Bears went public in July 2015 and was finalized in May 2019 for a total of four seasons and 140 episodes, a long feature film in 2020, and now, the spin-off.

The We Bare Bears story is about three bears, Grizzly, Ice Bear, and Panda, who try their best to deal with humans. Only to find out that humans are scared of them and that they rely on each other for support. The three bears form what they call a “bear stack” to get around town. They hang around with supporting characters like Chloe Park, another Koala bear, a park ranger named Tabes, a saleswoman, and other animals. It’s all fun and games in this show! Now jump with us here at Otakukart as we give you the broad strokes regarding this topic.

We Baby Bears will release in spring 2022. We don’t know the exact date because the production crew didn’t make it public yet. Still, we will post an according to update when the production crew sheds light on that matter. Moreover, here’s what we do know about the spin-off to the We Bare Bears. Firstly, the We Baby Bears show producer is Manny Hernández. He worked on the original series as a director. Furthermore, Hernández has all the support of the Warner Bros. division for kids’ entertainment. For that kind of backing, you’d expect a top-notch quality product.

Secondly, for the looks of the We Baby Bears, there’s surely some anime aesthetics and influence to the drawings. And they’re adorable baby bears. Your kid will love this cartoon and the positive vibes they inspire. So, you can expect more fun stuff from Grizzly, Ice Bear, and Panda in their baby forms. Thirdly, this Bare Bears prequel came to light on May 30, 2019. But with the 2020 Covid pandemic crisis that gave every production in the world a halt, things got delayed all the way to January 2022.

Where to Watch We Baby Bears?

We Baby Bears will be available on the Cartoon Network. The show created by Daniel Chong —he will also executive produce this series— will have Manny Hernández at the helm bringing his creative style to the latest version of the bear siblings arrival, currently in production. Moreover, We Baby Bears follows the We Bare Bears as they search for a place to settle down and feel at home. Each episode takes children to bright and colorful places where they encounter famous fairytale characters. During their adventures, the bears must decide whether to stay or move on for a permanent place to call home.

Who are the Three Bears?

We compiled a profile on the three bear profiles for you. Firstly there’s Grizzly; because he is a grizzly bear, he is acquainted with the woodland region where the Bears dwell. He is regarded as the leader of the three. He does his best to do what is suitable for himself and his family, but he may get carried away at times. Growing up without guardians, he wanted to be a model big brother, but his reckless and immature conduct often prevents him from doing so.

Secondly, there’s Panda. Panda seems to be more knowledgeable about technology and things from the Eastern world. He’s the middle brother and, as Grizzly puts it, “the bond that binds them all together.” He seems to be the most sensitive of the three, being both nervous and, as Grizzly put it, “cute.” Nonetheless, he cares about his brothers and will help whenever he can.
Lastly, Ice Bear is the youngest of the three, but he is unquestionably the hardest. He performs most of the cave duties since he is the most adult and responsible, and he doesn’t mind. However, despite his eagerness to help when others do not, he takes time off to rest and decompress. He is not only a wise and powerful bear, but he is also vital to the Bears’ brotherhood.