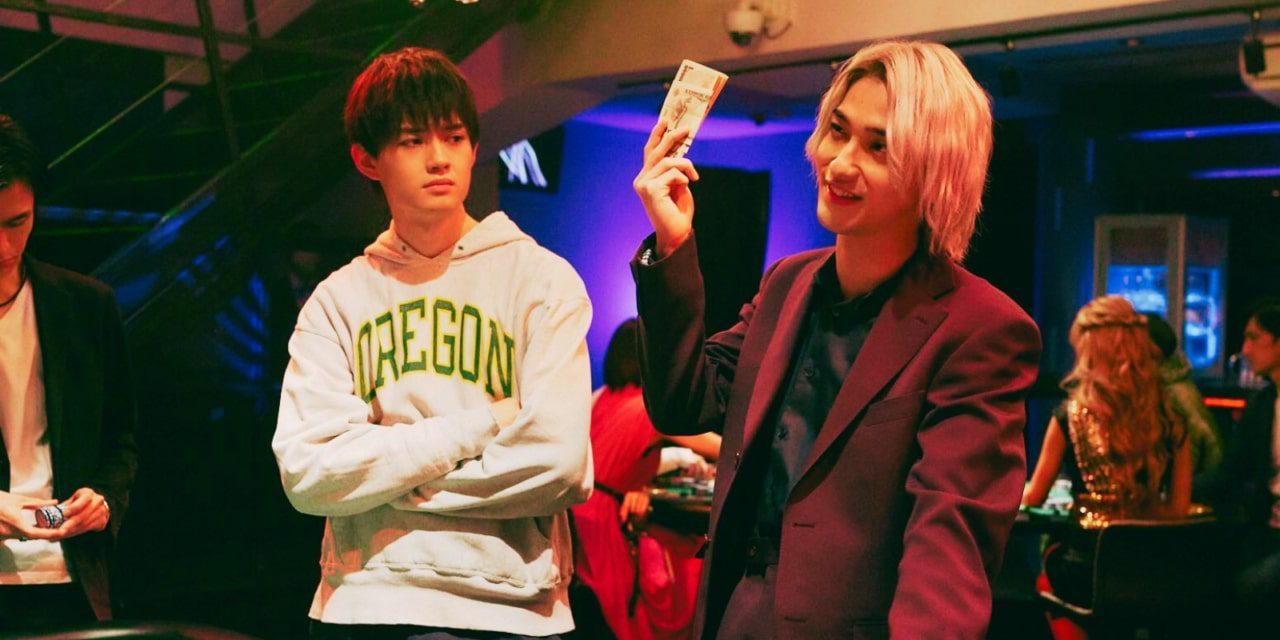 There are many kinds of stories in the field of entertainment. Among these, stories that include slice-of-life drama have always been something that resonated with the viewers. However, stories that include tons of action with a mix of drama have always been intriguing to watch. These stories are often something that is capable of keeping their audience on the edge of their seats. When we are introduced to a smart and witty character who likes to challenge dangerous people in a world that includes mafia and corrupt organizations, we cannot help but want to know more. Usogui is a film that introduces us to such a story. As Usogui Live-Action adaptation was recently released, its opening scene got uploaded by the production team.

Usogui or The Lie Eater is a manga by Sako Toshio. It was first published on May 11, 2006, and went on till December 21, 2017. Usogui had announced a live-action adaption in 2016. This was the announcement with regards to the celebration of their 10 year anniversary. Recently, they released the opening scene clip that introduces us to the intensity of the film.

Usogui is a story that revolves around gambling. Baku Madarame, the main character, is a gambler. However, he isn’t a regular gambler but is considered to be the best to take on powerful and strong opponents. In this gambling world, people do not only bet money or valuable objects but also go as far as to bet their own lives.

This world involves a third-party organization and club that is responsible for keeping all the players in check. This organization is called “Kagerou”. Baku makes it his goal to get to the top of this organization in order to gain control of it. All of it while trying not to get killed.

In December 2021, the official website for the film released the poster of the film as well as the trailer. In the trailer, the song “Live” by B’z was revealed to be the theme song of the film. Usogui, the live-action film, was released on February 11, 2022. This film did pretty well in theatres as it ranked number 5 in its opening week.

The live-action film is directed by Hideo Nakata and is distributed by Warner Bros. Japan. Nakata is best known for the films Dark Water and Ringu. Playing the role of the genius gambler as well as the main protagonist, Baku Madarame is Ryusei Yokohama. Ryusei Yokohama is best known for his main role in the film “Your Eyes Tell”. He has also been a part of the series DCU. 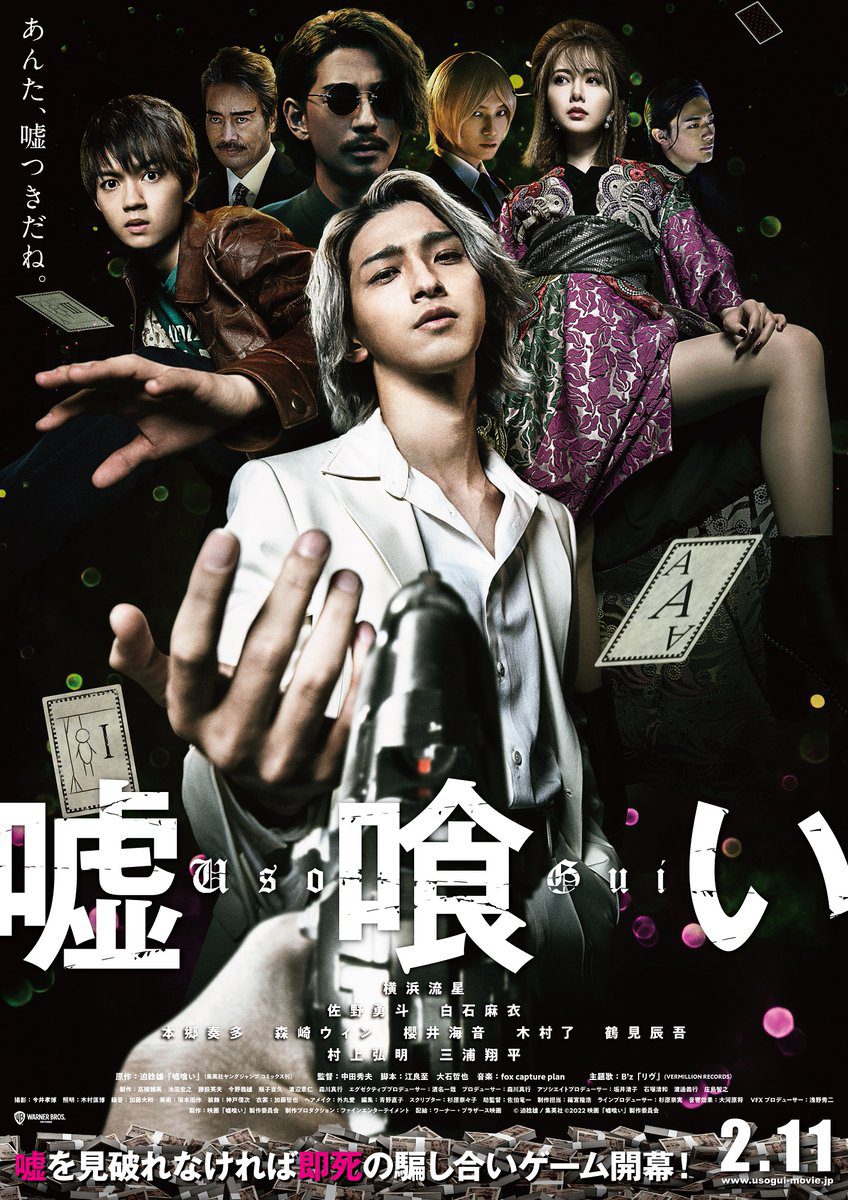 This genius gambler has a partner named Takaomi Kaji, who is played by Hayato Sano. Kaito Sakurai plays the character Soichi Kiruma, who is the head of the Kagerou club. The character Ranko Kurama, another member of Kagerou, as well as the leader of Kurama-gumi, an illegal casino, is played by Mai Shiraishi. Another characters include Kiro Mekama, Reo, Wataru Kusanami, Masahiro Onodera, Hikoichi Yako and Ikki Sadakuni. These characters are played by Kanata Hongo, Win Morisaki, Ryo Kimura, Shingo Tsurumi, Hirouki Murakami, and Shohei Miura, respectively.

The distributor of the film, Warner Bros. Japan released the opening scene of Usogui. The opening scene itself is enough to get the viewers hooked on the storyline. It opens with an aerial shot of the city where we can see Baku Madarame and Soichi Kiruma are sitting on the terrace of a high building surrounded by bodyguards and other powerful people. Madarame then offers to place a bet with Soichi Kiruma, who is busy playing with a Rubix’s Cube. This bet is about whether or not a plane will fly above them within an hour.

However, a member from Kiruma’s group diverts the direction of all the planes that were going to fly above them, eventually causing Madarame to lose the bet. This results in Madarame being at gunpoint as we watch the bullet fire and the screen go blank.

Although the movie was a successful hit, the production team has given the fans some more surprises. A live-action web series consisting of 4 episodes aired on the same day of the film’s debut. This series is called “Usogui -Kurama Ranko-hen and Kaji Takaomi-hen” or The Lie Eater – Ranko Kurama’s Story and Takaomi Kaji’s Story.

As the name suggests, this series will revolve around the characters Ranko Kurama and Kaji Takaomi. These episodes are streamed on the dTV streaming service.