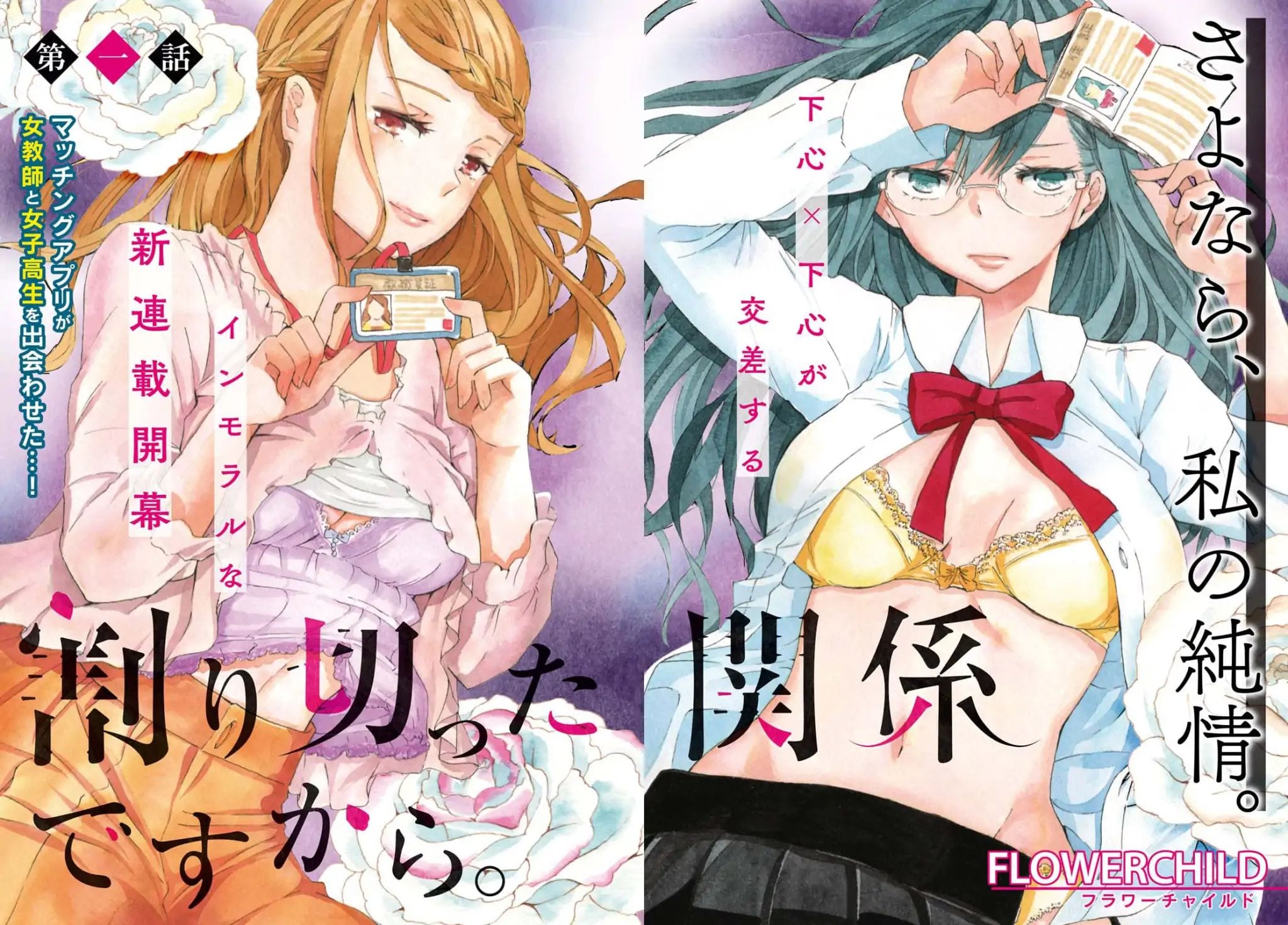 Yuri genre fans would never ignore a manga like Warikitta Kankei Desu Kara. The manga takes complicated drama in one hand and steaming smut in the other, and blends them perfectly to serve us. It is written and illustrated by Flowerchild and published by Ichijinsha in the Comic Yuri Hime magazine. The plot is interesting and has a lot of twists that can be appreciated by people who like their stories filled with drama. However, after a two-year run, the manga has finally concluded. With stories like Warikitta Kankei Desu kara, some fans are disappointed while some are relieved. Not that the story was specifically disliked but because the complications needed to calm down. The manga was already rumored to have reached its final arc. So, fans were already prepared for the end.

Warikitta Kankei Desu kara is loaded with plot twists. The story in itself is beautiful, although it carries a lot of pain in it. I can understand the kind of concept that Flowerchild was trying to paint- the pain of love that can only be healed by another. The characters individually have a lot of charm. In addition to this, the illustrations further enhance the sweet taste of the manga. However, the only unsettling thing about it is the age difference between the two main characters. Although the teacher-student relationship is definitely a very attractive fetish, sexual objectification of a minor feels very wrong.

Warikitta Kankei Desu kara was launched on February 18, 2019, on Ichijinsha’s Comic Yuri Hime magazine. The plot revolves around Sei Kurosaki and Aya Kaburagi. Aya, a high school girl, feels alienated in her class, always pushing people away. She feels different and as if nobody understands her. So, one day she ends up signing in on a dating app. Here she meets Kuro, a woman who shares the same interest as her. As they start knowing each other, Aya starts feeling closer to her but Kuro has issues of her own.

The story execution is beautiful. There are toxic moments but at the same time, we have sweet parts of it that nullifies it. Its title literally translates to ‘Because it’s a broken relationship’ and it fits the plot that it tries to establish. But, the constantly forced idea of paedophilia is truly enraging. Sei is a 24-year-old woman while Aya is only 16. I personally feel that the story could be enjoyed better if Aya was at least 18.  There are parts that I feel Sei could have handled better if she saw her responsibility towards Sei as an adult. Smut series are meant to be pleasing but sexual encounters between a woman in her mid-twenties and a girl who is in her teenage feel wrong in all senses. 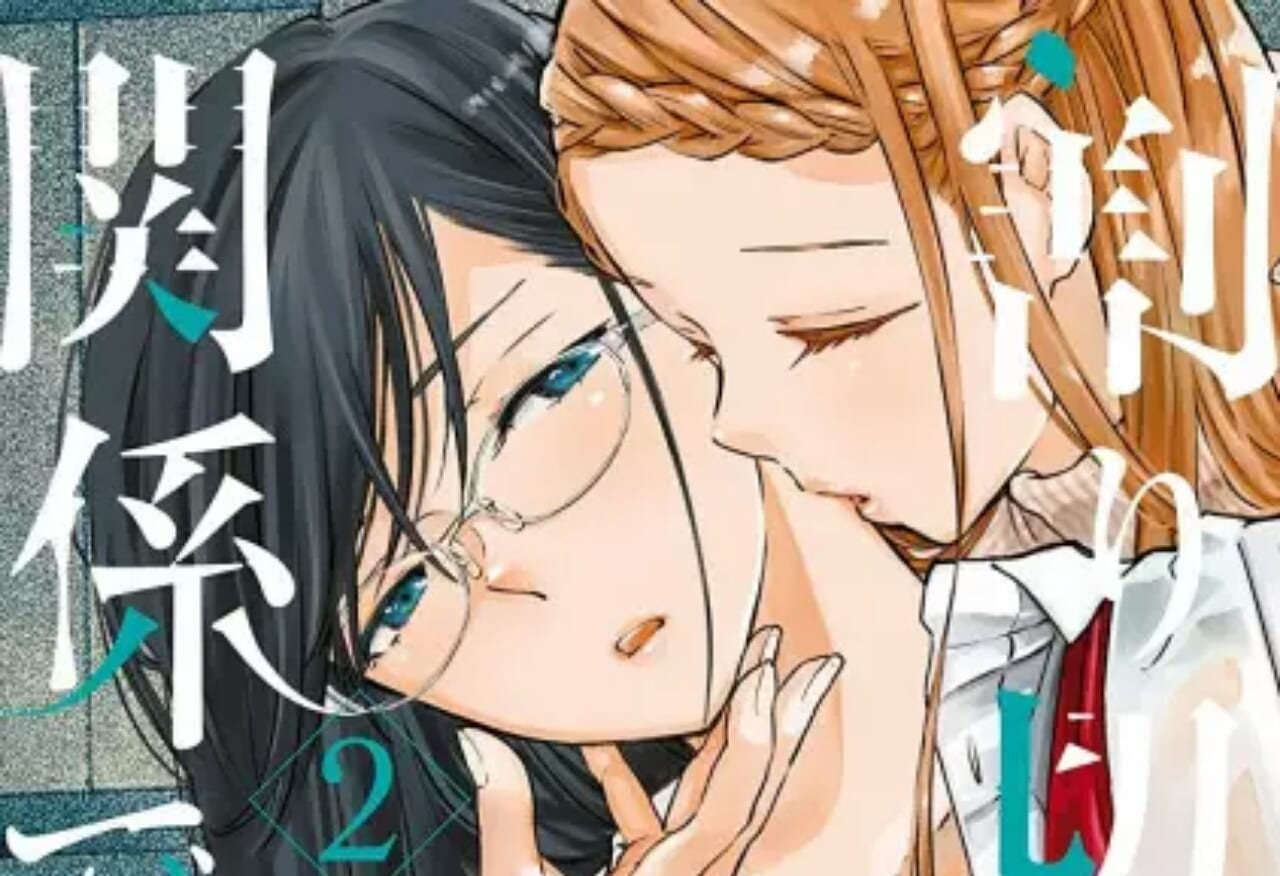 Most characters in the manga are girls. We have Sei, who is a 24-year-old high school teacher. Aya is a 16-year-old high school student. They belong to different schools. Then we see Haruki, Aya’s childhood friend who has a crush on Aya. A major side character is Yoru, Sei’s ex-girlfriend. Sei uses Aya as a rebound o get over her ex-lover. Another character from Sei’s school is Mochida, who is a homophobic bully to her teacher. There is one male character in the series that no one really cares about and only makes an appearance when necessary.

The manga has a total of 20 chapters compiled in 4 volumes. The manga came to an end in the July issue of Comic Yuri Hime magazine. Following the manga’s conclusion, an epilogue will be released in the August issue of the magazine.