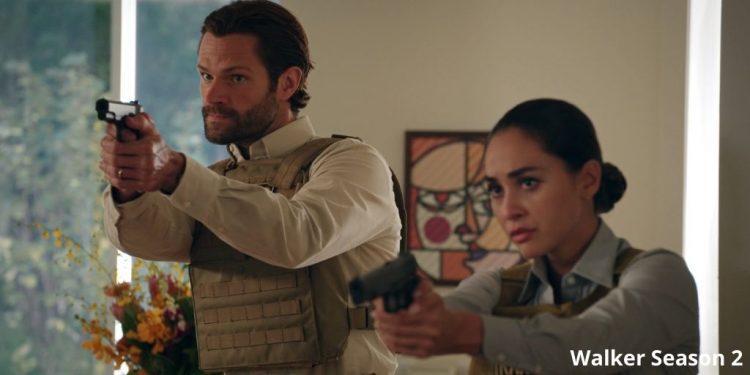 The ending of the previous episode has got the fans intrigued for Walker Season 2 Episode 6. It was another thrilling episode with a regular dose of drama as well. We saw the Walker brothers team up to solve a murder case. Whereas, Captain Larry finally decided to go on a date with someone. Meanwhile, Walker seemed to be a little jealous of seeing Geri with another man at the bar.

On the other hand, Stella and August got carried away with their party at the ranch that they forgot to finish up the work that they had taken responsibility for. Whereas, Micki was still coping up with the fact that Garrison died in front of her and she couldn’t help him. But Cordell tried to get her back in the game when he took the risk of taking her into the field. But the main question was, was she ready to be back in action yet?

The American television show follows the genre of crime and drama with the touch of a Western American feel to it. It has taken inspiration from the original show “Walker, Texas Ranger” and is a reboot of it. Furthermore, the show has gained quite a viewership since it kicked off on 21st January 2021. Meanwhile, the second season started on 28th October 2021 and has aired five episodes till now. However, the fans are now waiting eagerly to watch Walker Season 2 Episode 6. But first, let us take a look at the events of the previous episode and find out what happened. 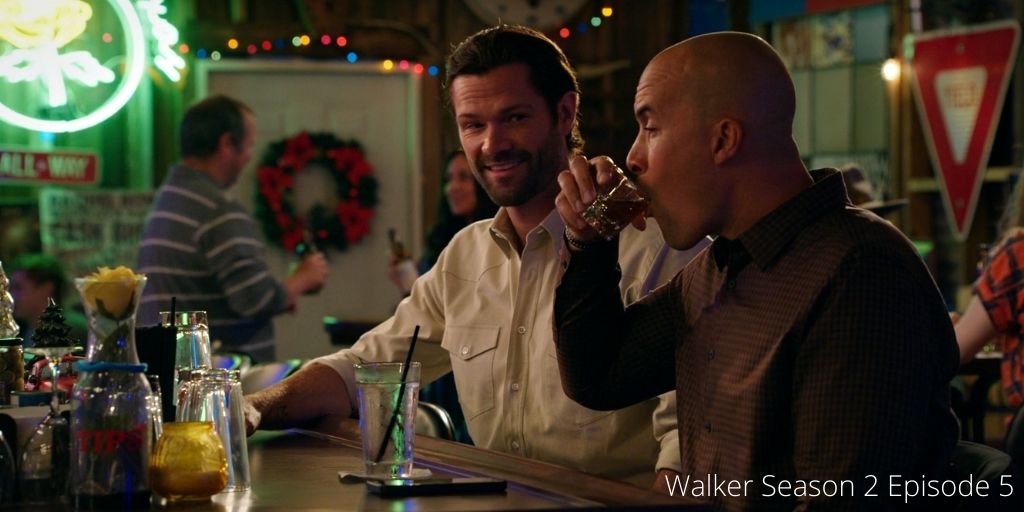 Episode 5 of Walker Season 2 came out on 2nd December 2021. Furthermore, the episode was titled “Partners and Third Wheels”. As the episode began, we saw Cordell trying to convince Larry for getting Micki back in the field. However, he seemed to think otherwise for the time being. Soon, Liam came with a case of a man named Mac Lippey who was found dead at the Hunter Endeavors construction site. Although, Cordell remembered that Mac had been missing for years. So both the Walker brothers went to the site for an investigation. But there they saw a girl who started running and Cordell tried to chase her but she escaped.

Later, William and Micki questioned Mac’s younger brother Remy who told them that Mac disappeared without any trace or evidence. Meanwhile, at the Walker Ranch, Stella and August took the responsibility of getting the chores done while their grandparents Bonham and Abeline went fishing. However, they took this opportunity to organize a party and invite their friends over.

On the other hand, Trey also joined Abeline and Bonham for fishing and heard Garrison’s name from Bonham when talking about Micki’s behavior recently. Later, when they arrive at the Ranch, Bonham gets disappointed at Stella and August for being careless. However, Abeline reminds him that this is their family and they all need to be together and have fun. Coming to the case, Liam and Micki find the girl who ran away at the site and it turns out she is Mac’s daughter Willa.

After questioning her, they put a tail on her and reach a house where they find her holding a gun pointed at his uncle Remy. She made Remy confess the truth that he killed Mac because Mac was not letting him take up illegal deals. It seems like Cordell’s decision of letting Micki join the action proved right when she convinced Willa not to spoil her life by killing Remy.

Whereas at the bar, Cordell unintentionally spoiled Larry’s date as she left to be with her ex. Meanwhile, Cordell tried telling something to Geri but she asked him to hold it for another time. In the end, Micki returned home with the hope of telling Trey all about the recent events and Garrison. But she found a note on Garrison’s painting from Trey that already had a question about Garrison.

Also Read: The Tower Season 2 On ITV: Will The Crime Drama Return?

“Walker Season 2 Episode 6 will release on 9th December 2021 at 8 pm ET on The CW in the United States.” Moreover, the episode will be titled “Douglas Fir”. The episode will see Cordell and Liam meeting Dan which is a surprise for everyone. On the other hand, things will get interesting at the Walker Ranch. It seems like Bonham will dress up as Santa for the Christmas holiday. Meanwhile, Micki and Trey will go through a rough phase with the truth about Garrison coming out. Finally, there will be another thrilling case in front of Cordell and his friends. So stay tuned to watch it all.

With the second season going strong, it has managed to create a lot of buzz among the viewers. That is why the viewers are eager to know where to watch Walker Season 2? Well, that question has quite a simple answer to it. “Walker Season 2 airs every Thursday at 8 pm ET on The CW in the United States.” Meanwhile, the show is also available in Australia where the viewers can watch it on the Stan streaming service. Furthermore, the viewers can stream it on Youtube TV and Amazon Prime Video as well.

Also Read: Dan Walker Wife: Who is the famous English Journalist Married To?