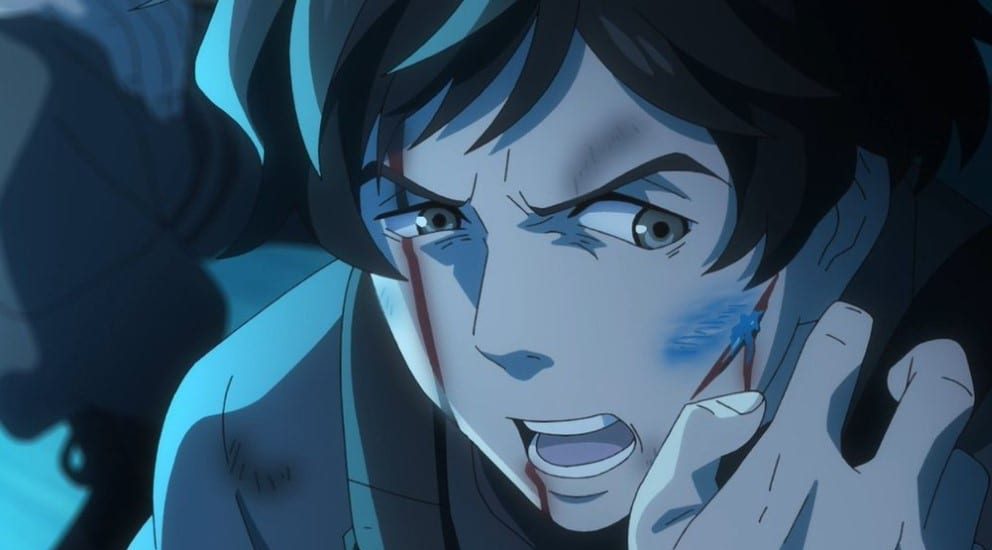 Tatsuya notices that his virus has failed and head to Metal Float himself. Meanwhile, Vivy manages to rescue Yugo and the other surviving members of Toak. The serving members told Yugo to escape from Metal Float. Later after the battle, Vivy and Matsumoto find that Tatsuya has arrived in his lab on the island. They headed out and met with him.  Tatsuya explained everything that has happened and reveals why he wants to save Grace.

The episode is titled Galaxy Anthem, To Make Everyone Happy With My Singing.  Tatsuya reveals that he fell in love with Grace during the original timeline, but Grace got converted into Metal Float’s central core due to historical changes. He also told them he was about to propose to her, but he didn’t get a chance. But the one he is working with is not Grace; it is Grace’s replica. Tatsuya reveals that he wants to transfer Grace’s consciousness into the Grace replica after the facility got shut down.

Tatsuya continues to reveal that the virus that he tried to use failed and cause everyone to lose self-control and went berserk due to the virus conflicting with Grace’s programming. He asks Vivy to help him save Grace and  Matsumoto reveals the truth about Grace and how dangerous she is to everyone when she is alive. He reveals that Grace is already beyond saving. Vivy questions Tatsuya about Grace, and he told her everything. She realizes that Grace has become a threat to the world.

But Tatsuya wants to keep Grace because he is in love with her. Vivy decided to prevent an increase in the number of deaths by killing Grace. Tatsuya disagrees with her. He orders an android to attack her, but Vivy slams the android with the ground, and the android dies instantly. After killing the android, Tatsuya fell on his knees and decided to let Vivy do what is right. He calls her Diva, and she reminds him that she is Vivy. Later Vivy heads to kill grace and fight her way to the core.

She finds Grace, and the battle begins as they talk about the future. Grace reveals what her motives are, and Vivy vows that the likes of Grace don’t deserve to be alive. Vivy jumped up and landed a final blow that pierces Grace’s chest. After the battle, Vivy shut down Metal Float. She headed back and met with Tatsuya, who asked her what happened. Vivy explained everything, and he asks her if Grace told her the last words. Vivy replies that Grace said nothing, and she decided to leave. 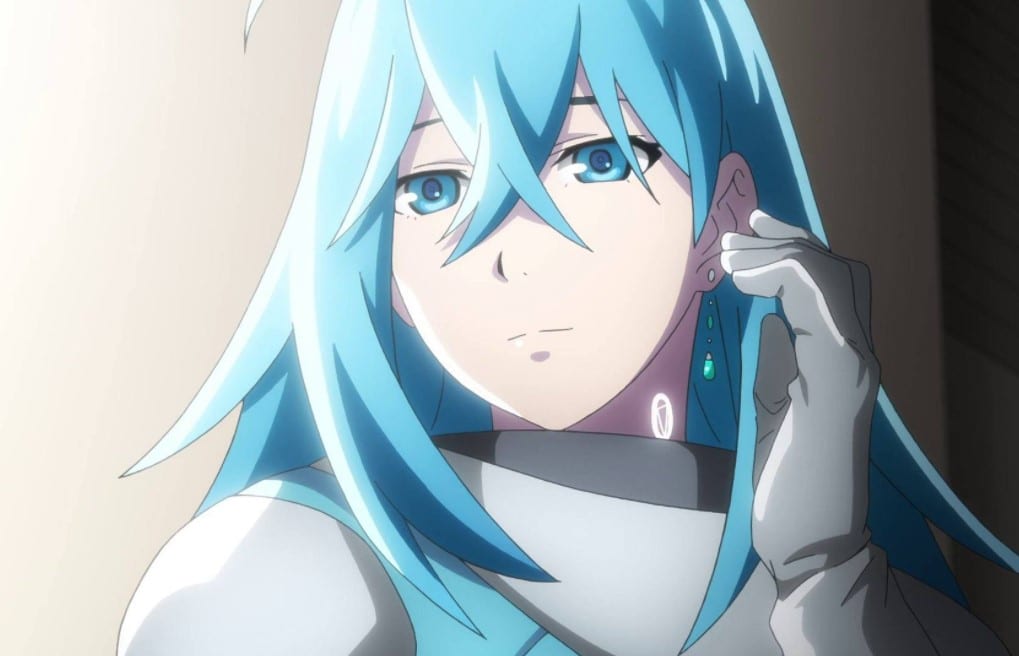 When she about to level, she is surprised to hear a gunshot. Vivy looks behinds and saw Tatsuya lying on top of a pool of blood. After the Metal Float incident, Vivy’s mental got damage and force her to reboot. After rebooting, she lost all of her memories when she knows herself as Vivy.  Forty years have now passed, and Vivy and become a legendary idol. She prepares to perform on her dream stage during the Zodiac Signs Fes festival to dispel human-AI discord.

She went to meet him before the festival begins and blackmails Matsumoto into revealing the truth. Matsumoto told her everything about their past. But Vivy decided to confront an unknown who Matsumoto is not aware of. Matsumoto decided to complete his mission before anything happens and preventing Ophelia from committing suicide. He realizes that if the mission fails, Ophelia’s suicide could change the history of AIs.