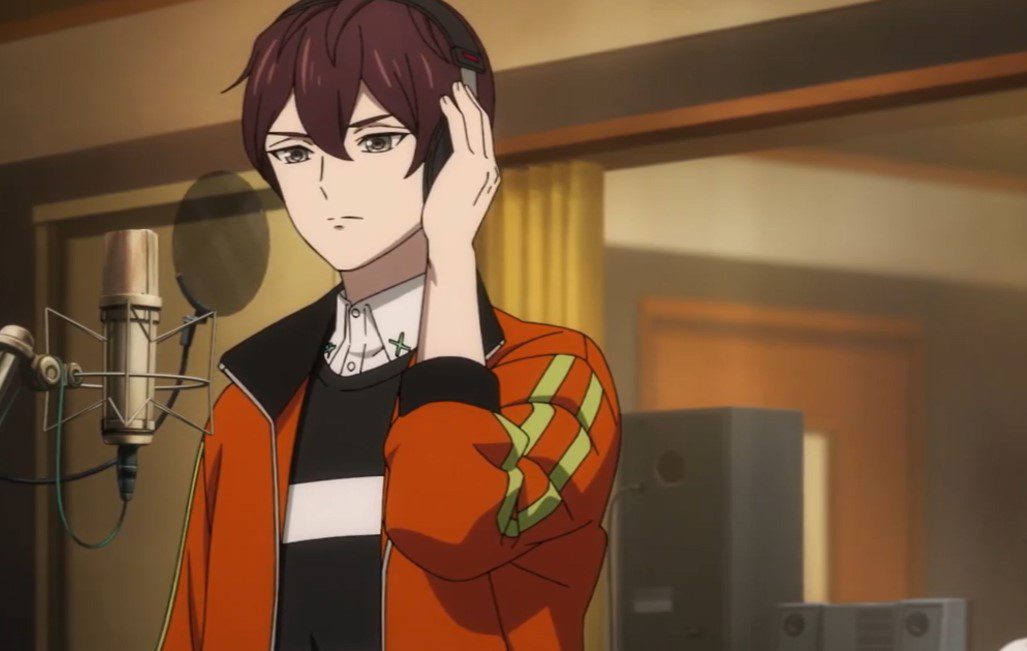 Visual Prison Episode 9 reveals Yuki’s first song, but Gil thinks that the song is not perfect. Yuki begins recording a new song at the studio, and Gil, with Eve and Robin, listens to that song as they help Yuki. Gil advises Yuki to flow with the music and not work too hard, but he is impressed that Yuki does his best. Visual Prison reveals the mystery behind various vampire bands. From Visual Prison’s latest episode, Gil asks Robin what he thinks they were recoding, and Robin explains. Yuki decided to continue until he got tired since they would choose which version was better.

After practice, Yuki and Robin went to the showers and talked about Gil. Robin realizes that Gil’s training methods are like a punishment. But went they entered the other side; they met with Dimitri and Hyde, who realized that they have also come for recording. Yuki is glad that Dimitri and Hyde are from Eclipse, and they decided to have fun together. Eve and Gil talked about recording at a resort that makes them feel like celebrities. Eve is glad that they visited a vampire hotel, and there is no need for them to disguise themselves from humans.

The two met with a lady who had lost her hat, and they gave it to her. The lady realizes that Eve and Gil are from the Oz vampire band. Eve recognizes that lady and notices that she is from Lost + Eden. Near the pool, Saga and Lost + Edens members. They were both surprised, wondering how they knew that they were all here or it might be a coincidence. Inside the hotel’s living room, Gil confronts Dimitri and Hyde. He wonders why they are also here.

Hyde reveals that they come to this hotel to record new songs every year. Gil realizes that he has been out for retirement for a long time, and he never realizes that they will come to the same hotel. Dimitri talks about this year’s Visual Prison and how they will put on an excellent performance. Robin and Yuki joined the dinner, and Yuki was excited to see his favorite dish. Gil thinks that Eclipse should leave if they have done with recording.

But Hyde reveals that David is on vacation, and they cannot leave since they have paid to stay longer after finishing with the recordings. Robin enjoys playing with guys from another side, but all the rival band vampire crew decided to share the same hotel since they don’t want to ruin their vacation. Hyde thinks that destiny has brought them together, and Dimitri thinks that it might be the work of God or the Devil. The rain begins pouring with Lightning. The teams get disappointed since that affects the electricity, and the power goes off.

Yuki realizes something about Eve, who transforms into her evil form of vampire. She told the boys that it was a good morning and showed them her vampire fangs. Dimitri and Hyde wonder why they have to go through this, and Eve tells everyone to gather around. She turns flowers into lights, and Yuki realizes that this happens all the time when Eve faces darkness. Eve summons everyone who is outside and brings them inside the living room using her powers. Robin and Saga wonder what is happening. Saga realizes they are in danger and tells the other guys to leave the room since they cannot control Eve.

Visual Prison Episode 9 will be released on 4 December 2021. Eve gets angry when he calls her the B-word and punishes him. Eve reminds Saga not to say nasty words to a lady. Saga notice that Eve’s attack did nothing to him and wonders why everyone is looking at him in that manner. They notice that he has grown animal ears on his head. Eve reveals that she is Chamelline Chaddlon Princess Vampire. Let’s look at Visual Prison Episode 9 official details.

Also Read: The World’s Finest Assassin Gets-Reincarnated In Another World As An Aristocrat Episode 9: Preview, Release Date & Where To Watch?.

‘Her Private Life’ Kdrama: Cast Updates And Where To Watch