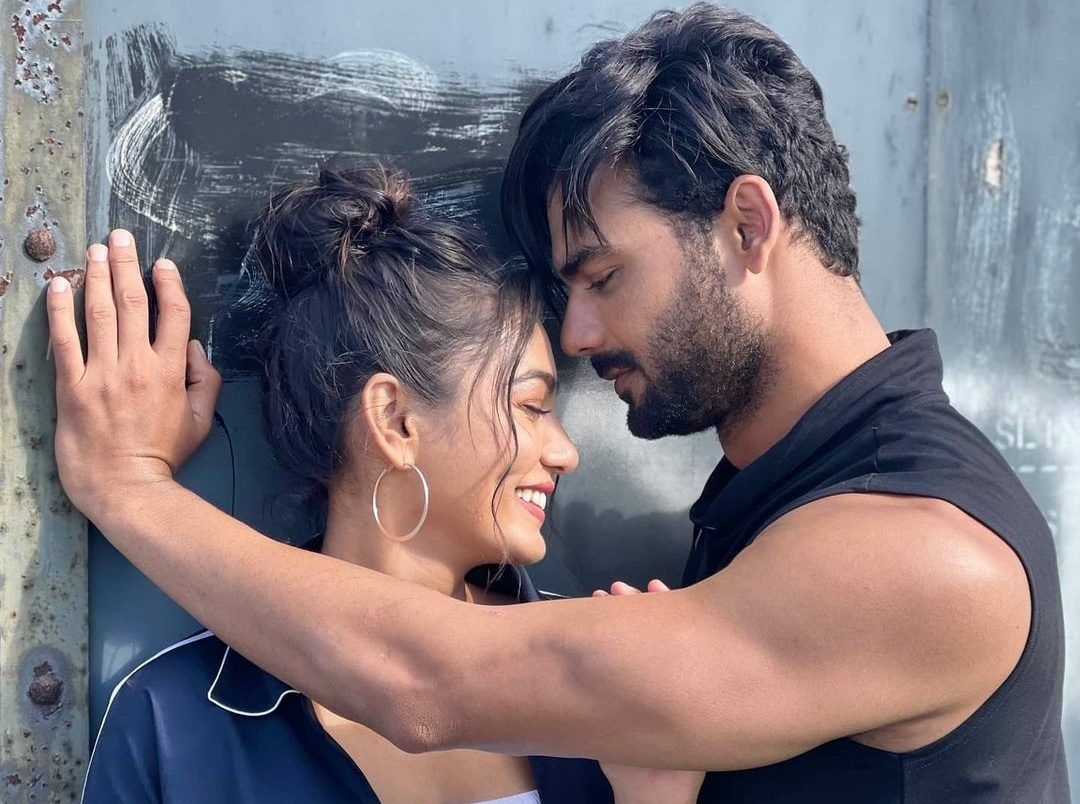 Vishal Aditya Singh and Sana Makbul on the sets of the reality show.

Who is the actor Vishal Aditya Singh’s Girlfriend? Vishal Aditya Singh has been a popular name in the Hindi television industry. The 33-year-old actor has recently appeared on the Color’s TV Reality show Khatron Ke Khiladi. This was the 11th season of this popular show. Since his appearance on the show, dating rumors have been heard. Let us discuss more further in the article. Because of his tall and muscular physique, Vishal is often seen in strong roles. Vishal is a fitness freak. However, the strong and powerful actor has a soft side to him too. Vishal is very fond of poetry. He writes in Hindi. On Khatron Ke Khiladi, he had narrated a few of his poems.

Vishal Aditya Singh is from Arrah, Bihar. In his childhood, he played cricket. He had played several tournaments at school and state levels. Since his childhood, he was a passionate individual. He continues to thrive and prove himself. From modeling to Television and reality shows, Vishal always looks at it as an opportunity to prove his worth. With a career spanning more than 1o year. Vishal has a good fan following. Consequently, he has been listed on Times Of India’s Most Desirable Men on Television for three years in a row.

He started his career with modeling. After some modeling assignments, he went on to act in some Bihari shows. He portrayed the main lead in a show called Jai Jai Shiv Shankar on Mahuaa TV. Later, he moved to Mumbai to pursue acting full-time. The first break that he got in Mumbai was on a show Chandragupta Maurya in the year 2011. He appeared as Shashank in the historical drama. 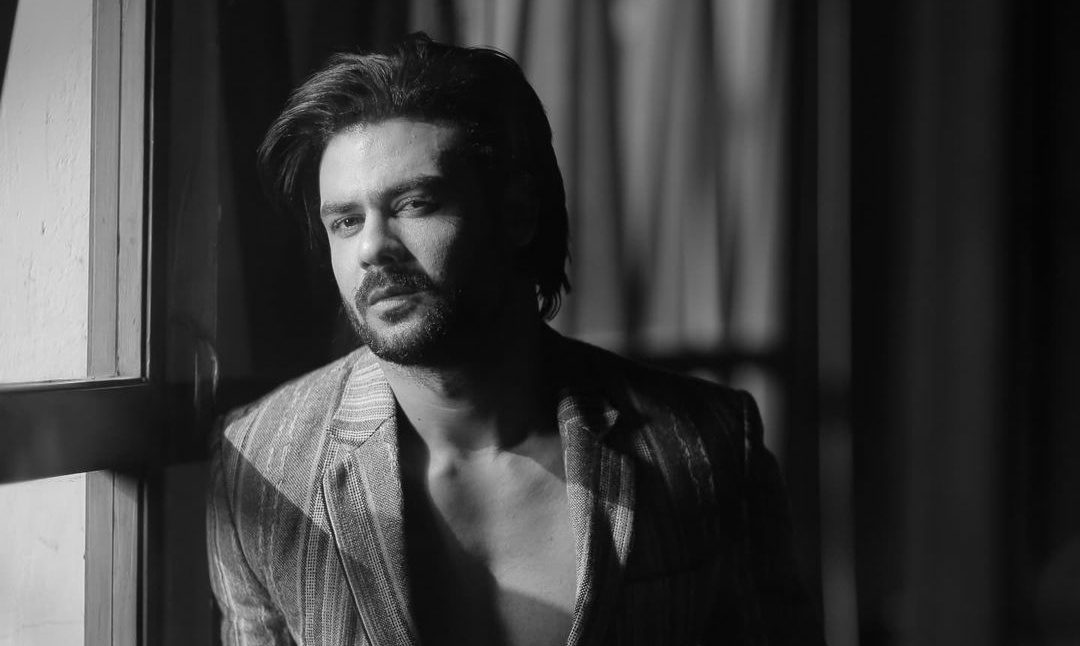 Following which he became a part of Rashmi Sharma’s popular show Sasural Simar Ka. He played the character of Veeru in the Color’s TV show. He then played a few other characters like a cop in Bachchan Pandey ki Toli and Devendra Singh Rana in a miniseries on Epic TV. It was only in the year 2015 that he got a role that brought him popularity. Vishal was cast in a show on &TV named Begusarai. He portrayed the role of Shakti/Lakhan Thakur. Shweta Tiwari was also a part of this show. The actors have developed a sweet bond on the show and now appeared in KKK season 11. Moreover, he appeared in an episode of Pyaar Tune Kya Kiya. He then appeared in shows Chandrakanta and Kulfi Kumar Bajewala in important roles.

Later he appeared in Nach Baliye with Madhurima Tuli, the Chandrakanta co-star who he dated later. However, they broke up in 2019. They have featured together in a music video recently named Khwabeeda. Another music video Vishal appeared in was an Independence day video Dil Mein Hindustan.

Earlier this year, Vishal Aditya Singh has appeared on the 11th season of the very popular reality show, Khatron Ke Khiladi. It is a stunt-based show hosted by Indian filmmaker Rohit Shetty. “Darr vs Dare” was the tagline for this season. Vishal went on to become one of the finalists. But he aborted the Finale task. Arjun Bijlani won the show. Other contestants were Divyanka Tripathi, Shweta Tripathi, Rahul Vaidya, and Abhinav Shukla, to name a few. The two people that Vishal bonded were Varun Sood and Sana Makbul. Varun and Vishal have this brotherly bond. While Sana and Vishal were teased by all the contestants that something was cooking between the two. 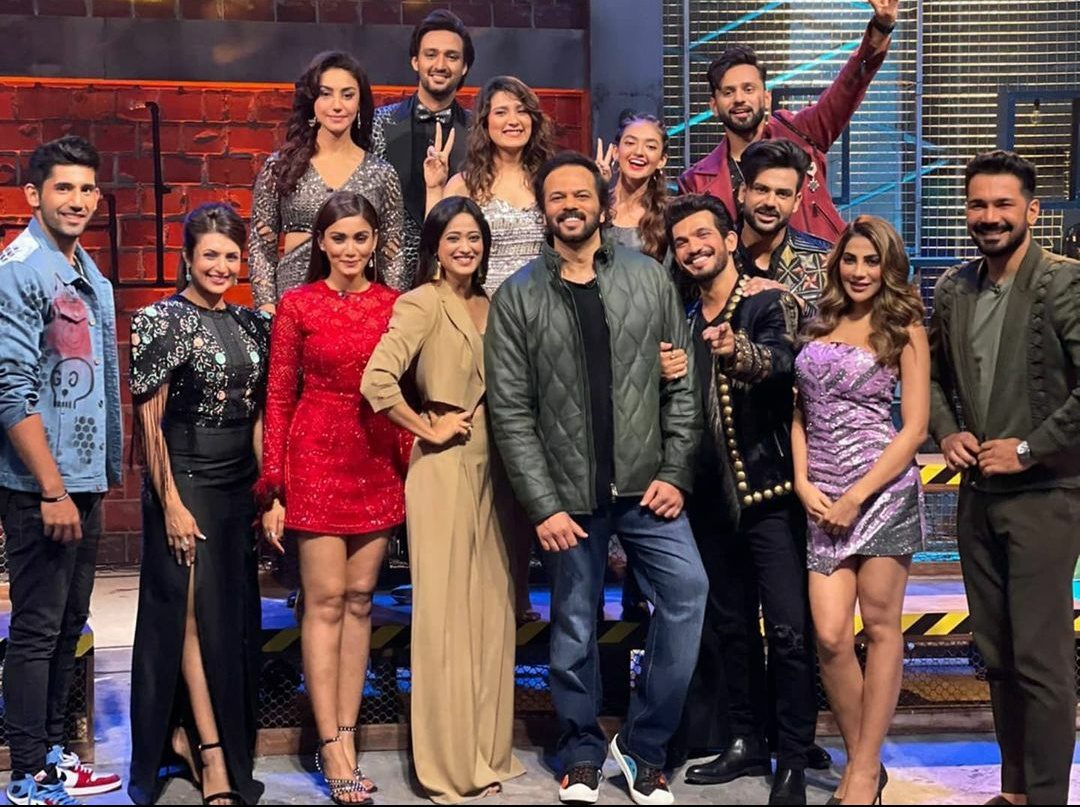 Who Is Vishal Aditya Singh’s Girlfriend?

Vishal Aditya Singh is currently single. Amidst everybody teasing Sana and Vishal, they’ve been saying they’re just friends. But their gestures and shy faces tell otherwise. Vishal used to bring Sana a flower every day on the sets of Khatron Ke Khiladi. Sana Makbul is a Television actress known for Is Pyaar ko Kya Naam Doon? She also participated in Femina Miss India. Even after the show, the contestants are seen together. When other contestants tease them in comments, fans believe that the two actors are indeed dating.

However, Sana says they’re just pulling their legs. She adds Arjun Bijlani is also her friend, and she has posted way more photographs with him on social media. But nobody talks about them because Arjun is married. She says Vishal and her are not bothered by the rumors and continue to be good friends. However, if the two had not been single, this could’ve affected their personal lives.

Also Read: Kritika Khurana Boyfriend: Who Is The YouTuber Dating?