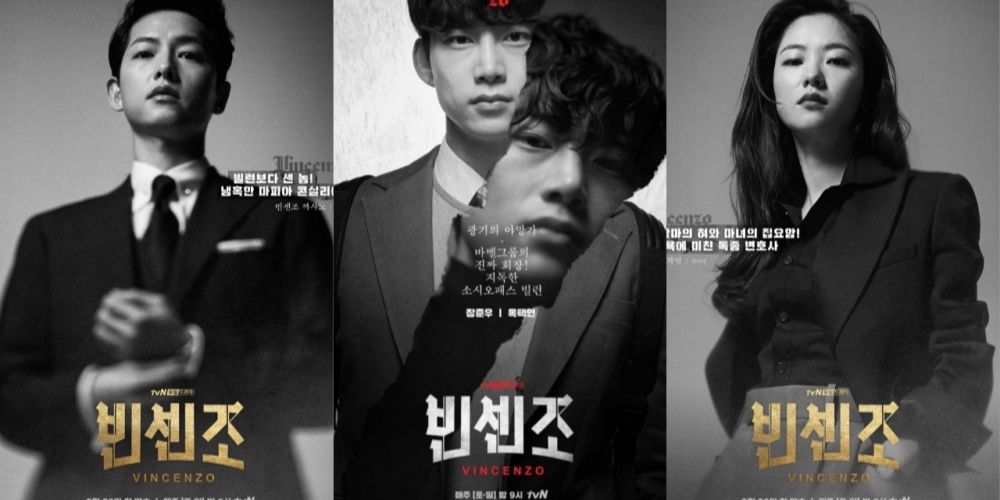 The Vincenzo Korean Drama is an ongoing K Drama. The series is much appreciated and has created hype in the viewer’s mind. The drama is under the direction of Kim Hee Won. The screenwriting is handle by Park Jae Bum. Also, the Executive producer of the drama is Lee Jang Soo. The drama revolves around the life of a boy who is taken to Italy. He is an adopted kid and has been studying and growing up in Italy. Growing up, he sees quite middle-class life, and he becomes a lawyer. He has an eye on the gold vault. He has to use his degree and experience to find and claim the vault. The drama revolves around the genre of Comedy, Law, Romance, Crime, Drama. Also, the drama is known as Binsenjo.

The ongoing drama is quite strong on the OTT platform. The drama has some strong cast story and direction. We will be rating it an 8.5 according to the current running scenario. Moreover, the drama is strong and powerful. Overall there is a total of 20 episodes.

Each episode has a runtime of 1 hour 25-30 minutes. Vincenzo’s Korean drama was released on February 20, 2021, and will go off air on May 2, 2021. The drama is 15+, which means it is a teen drama one with this age group can watch the drama.  Also, this drama is available to watch on Netflix. It is available on an online platform so that you can search and binge watches it. Also, the official networking partner of the drama is TVN. The episode goes on air every Saturday and Sunday. Overall this is one of the dramas you can hook up on and watch the whole day.

The Vincenzo Korean Drama is an ongoing k drama creating hype in viewers. The drama is all about a boy who runs after a gold vault, and to claim it; he has to use all his knowledge and experience. The drama features Song Joong Ki as Vincenzo Cassano / Park Joo Hyung, Jeon Yeo Bin as Hong Cha Young, Ok Taec Yeon as Jang Jun Woo. The story revolves around Vincezo, whose initial name is Park Joo Hyung. He has a love angle with Hong Cha Young. They are the three important lead actors of the shown as it revolves around their life stories.

There are other cast add on too. The list will go long; there are guest appearances and also unknown roles. The drama comes out strong just because of its cast and the plot made in such away. Overall, this is the drama you can surely watch this as this drama is quite interesting.

The Vincenzo Korean Drama is an ongoing Hyped up K drama that revolves around a boy name Park Joo Hyeon. He is an adopted child who is taken to Italy. He was adopted when he was 8 years old. From that young age, he has grown up in Italy. After this, he completes his law degree and become a lawyer. Also, after having the degree, he starts working as a Consigelere for a Mafia. After this working process, he changes his name from Park Joo Hyeon to Vincenzo Cassano. Also, Vincenzo becomes the title of the drama. Later there is a dividing war that is going between mafias. Vincenzo takes his chance and leaves for Korea.

After leaving for Korea, he meets lawyer Hong Cha Young there. They both share a beautiful bond, and the bond will grow with time. Cha young is a dedicated woman to her works. She goes to any extent to achieve her goals. The reason behind Vincenzo coming back to Korea was to claim the hidden gold vault. He takes the help of a Chinese business tycoon. Later the man dies mysteriously.

There no one who knows about this gold vault. After this, he continues his search for the vault. Moreover, the place where the vault is place is hand over to Babel construction. Now he has to use his skill and knowledge in the field to take over the construction. This hustle of his is all about having a secure future with all the money. Overall this drama is full of romance, thrillers, and climax. You will enjoy it at every moment. 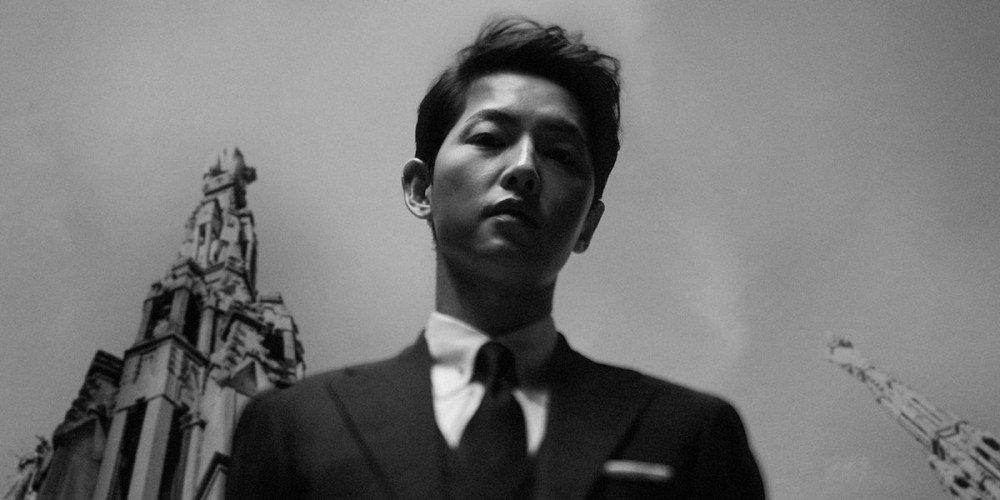 Vincenzo Korean Drama Episode 15 of the drama Vincenzo is going to get the release on 10 April 2021. The drama is going to release on Netflix with the subtitles available. Also, it will be airing on the original network of TVN.

The trailer of episode 15 till now is going to make it more intense and emotional. The Babel construction can go to any extent to take Vincenzo down. They know that someone in the company is helping them get the information, which gets ugly. Later in the trailer, it is revealed that there is something very close to Vincenzo they found out. Moreover, the plot is going to turn ugly with a hint of ugliness. Overall a must-watch drama if you are into such a dramatic and interesting plot. Also Episode 15 looks like a total turnover of Vincenzo. 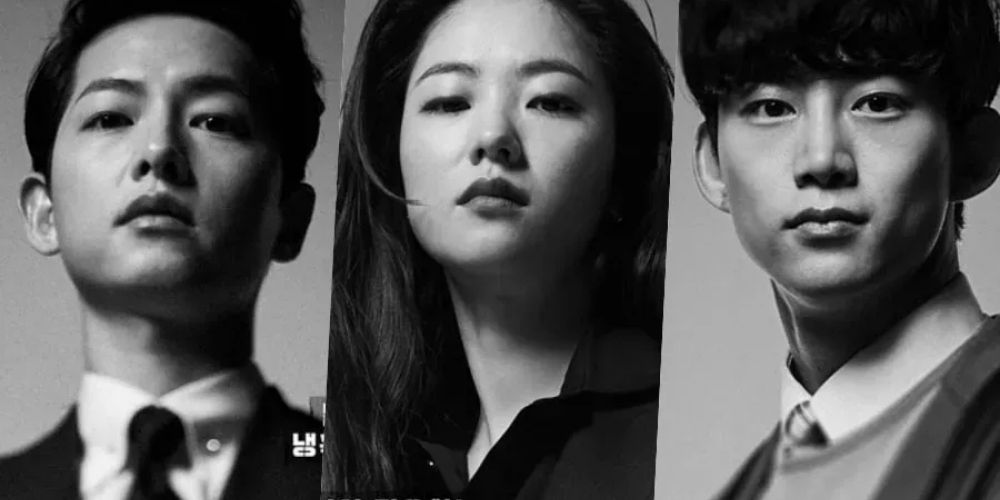 Episode 4 of the drama Vincenzo starts with Jang Han getting all embarrassed. He is watching over by Vincenzo and Cha-young, and they are quite amused. After this, it is seen that he is quite impressed with the lawyer duo. Jang Han gets arrests for anti-union activities, and he is taken under custody. Meanwhile, Choi Myung takes charge of Jang Han’s release as he claims there is no concrete evidence for him to get an arrest. Vincenzo played smart and made Jang Han by providing the evidence where he tells he ordered a man to run over a union member. In the end, Jung says Jang Han-Seok and co will be under custody to fro a murder case and abetting the law.

After his, the lawyer duo marks their next target, which is Babel paper company. Moreover, after this, another shocker comes when Jang Han takes all the blame on himself and gets into custody to save his brother. Han Seok asks his brother to be calm as he will arrange something to take him out of that situation. He asks the prosecutor to start the investigation again. Also, Han Seok sets a meeting with Vincenzo where they meet in a fancy hotel. He asks him he has any plan to destroy the company or the reputation of his brother. He offers him to kill his brother Han Seo. Moreover, Vincenzo lets down the offer as he says he doesn’t get into family betrayal matters. 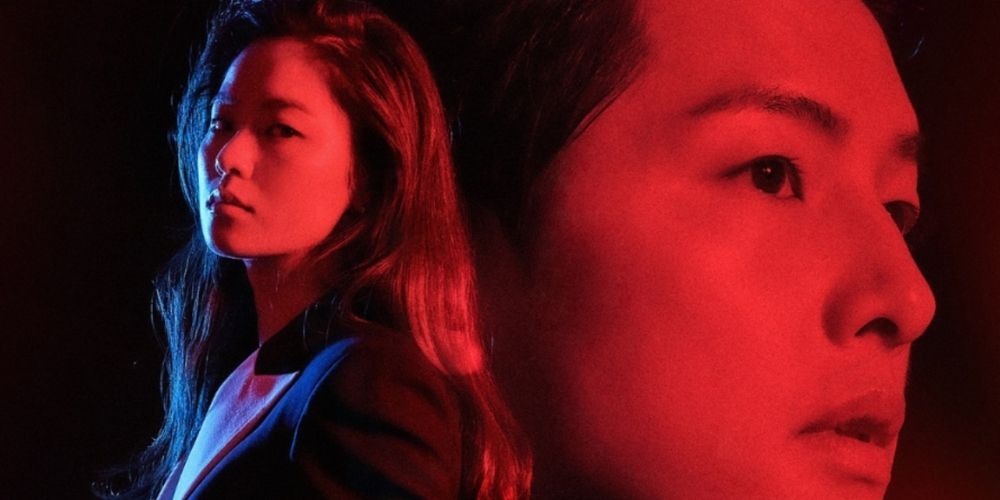 After this, Vicenzo comes across the money laundering going through the art center by Paper company. The documents of the fraud are kept in high security. The plot continues, and the lawyer duo comes across Seo Mi, who has the design of construction, and tells them she can help with it. This won’t affect the design, and they can easily get the gold vault. After this, Vincenzo hacks into the art gallery, and he later got caught by the director. After which, he claims to be agents from AISE. Also, they have come thereafter they found out about the illegal laundering going. The director accepts about one painting. Moreover, the episode ends with Vincenzo getting face to face with Paolo, and now he is in big trouble. Overall the episode ends on a note where the actual trouble will start from.

Read More- What To Expect From Come Back Home Episode 2?