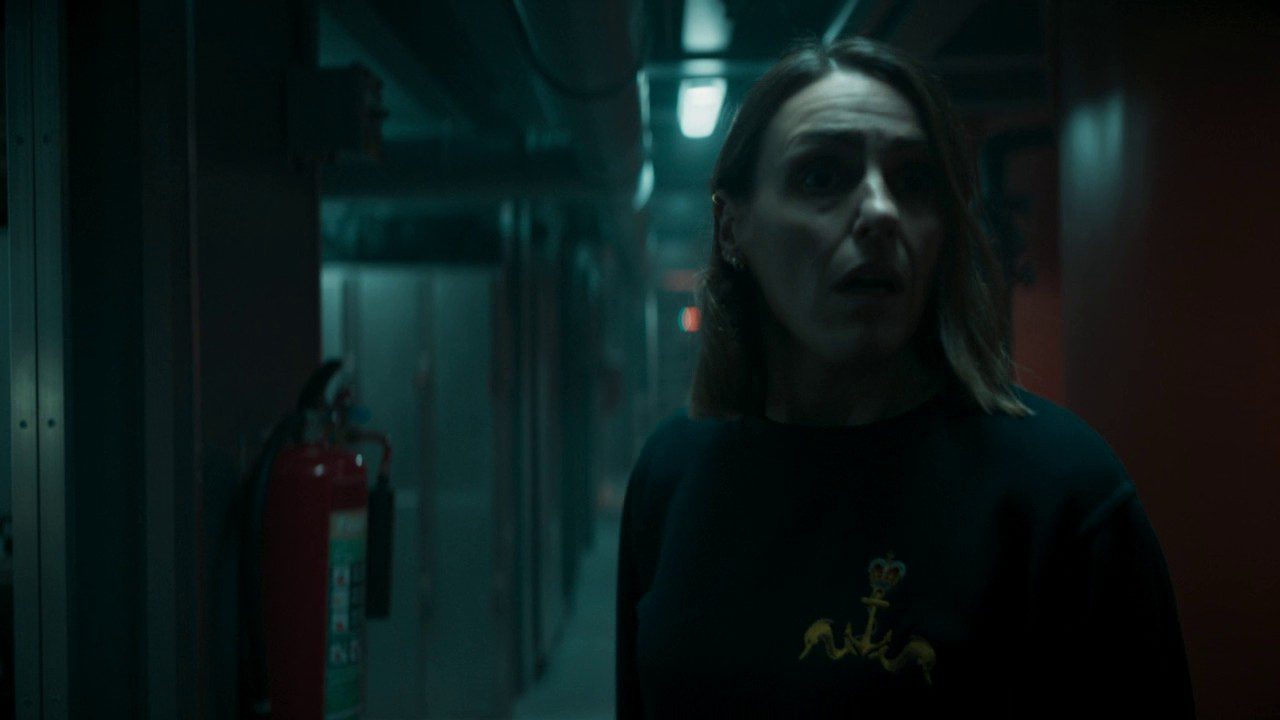 Vigil Episode 5 may see the submarine in its most panic situation yet as we are only one episode away from the show wrapping up. There is a chance of a spy or mole infiltrating inside the Vigil among the crew. It’s just a matter of time it reveals itself. Until that, Amy has certainly made everyone her own enemy trying her best to see through the darkest secrets around. Even Glover who only wanted to comfort her in turn, reveals that everyone on the submarine believes she is a maniac now.

On the other side of things, Longacre works her way to investigate and comes across a strong lead Jade told her about. It seems like it will be sorted from here. Until MI5 interrupted the investigation again taking away her lead. But there is still hope. The only thing not here is time as the coming episode will see MHS Vigil facing a huge communication problem which will make the infiltrator’s work easier. Who is it and what does this mean for Vigil? Let’s find out.

Previously on Vigil, Amy woke up to what seems like a submarine planning to launch a nuclear missile. She bumps her head and looks forward to stopping it until she realizes it was all a drill. Longacre on the other side has found herself in trouble after meeting Patrick Cruden. The interrogation from MI5 agents soon turns into a conversation when Longacre also confronts them until Roberston comes interrupting. 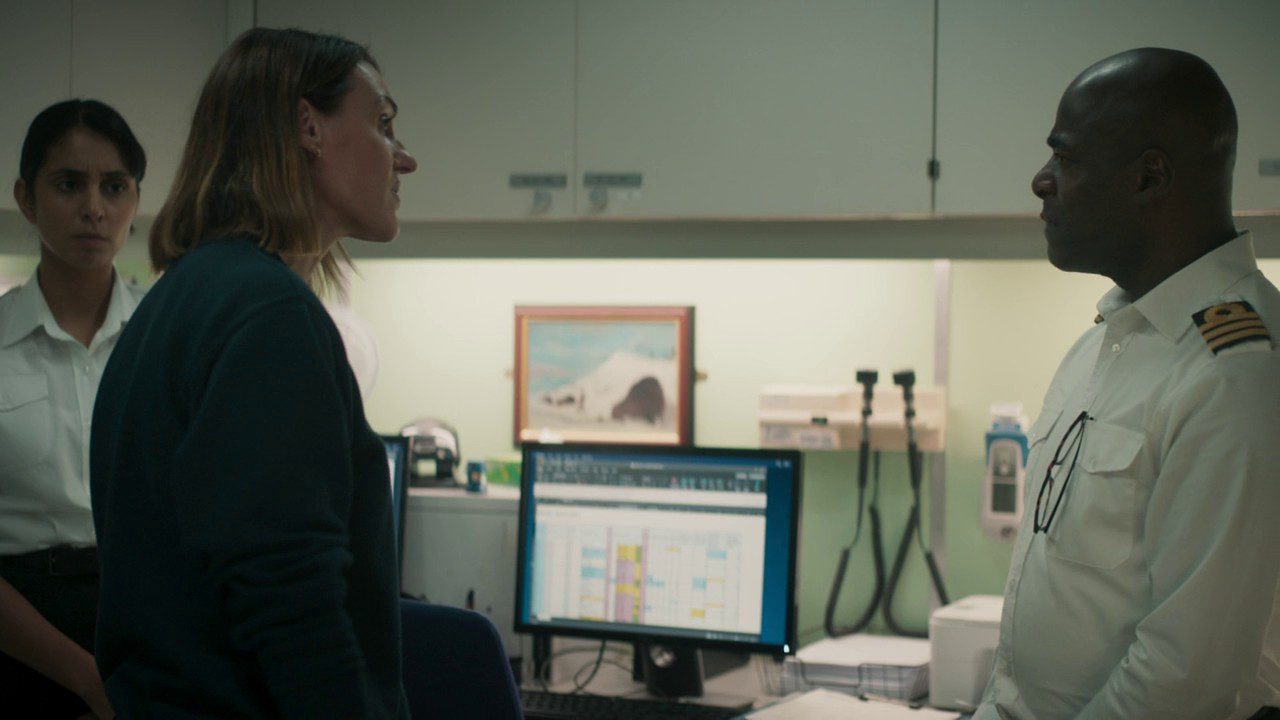 As Amy goes through her past memories with Longacre, Glover enters to comfort her after what went down. But tables turn when Amy starts going personal and accuses Glover of blackmailing Docherty for figuring out the killer of Sonar Man. This sees Glover go furious and telling Amy how everyone onboard believes she is crazy. Meanwhile, Longacre and Porter work on a person Jade thought of as an MI5 agent during a protest. The CCTV footage sees the man meeting the second person of whom Jade takes a photo.

Longacre takes her squad to investigate this man whose name is revealed to be Peter Ingels. After a chase, they take him in. There are a number of reasons to blame Ingles but MI5 agents interrupt the investigation stating Peter is a Russian agent. Longacre deals with the loss of a major lead while Porter believes investigating the man who has been responding to Peter’s tweets could work as a new lead. Especially with the fact that posts stopped on the day, HMS Vigil began patrolling. But still, revealing the investigation doesn’t do much for the duo at least for now. 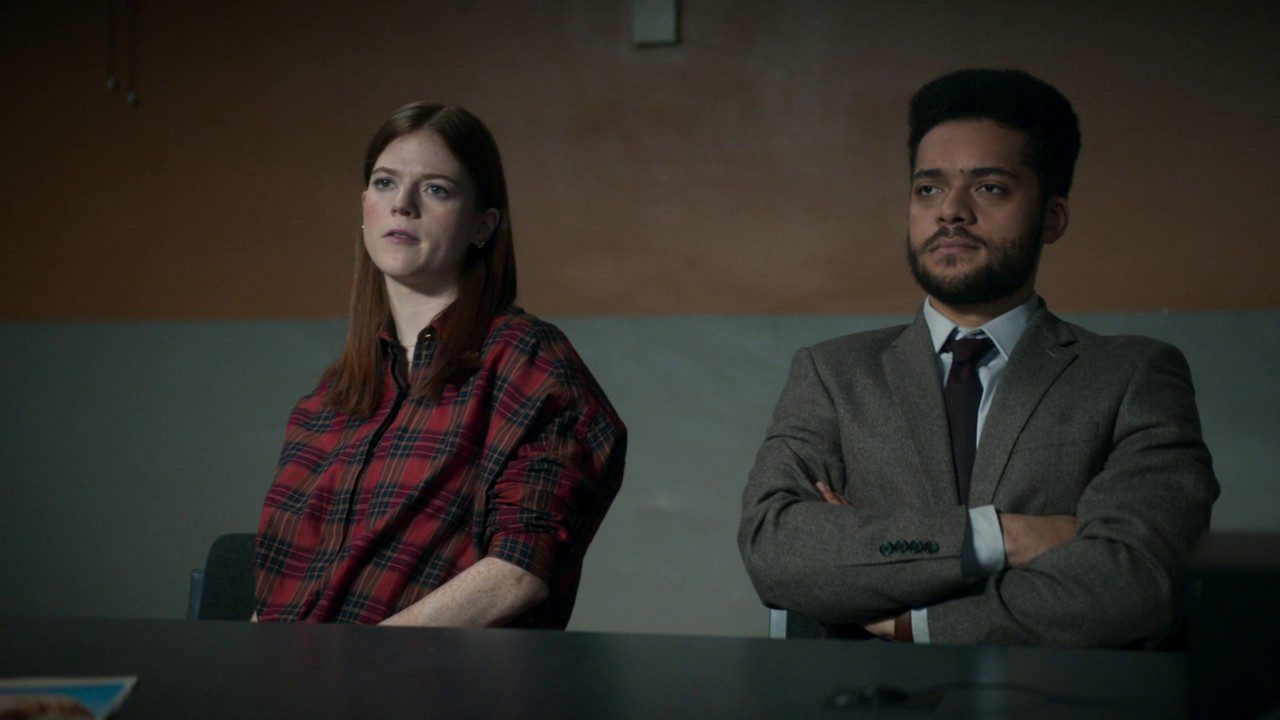 Back to Vigil, Amy Silva is asked to take tests at Sickbay as Docherty believes her medicines could be wearing off. To counter, Amy reveals everything about Glover’s affair and at Port Havers incident right in front of Captain Newsome. Walsh on the submarine discovers that the locks of the submarine’s mainframes have damage. He lets Hadlow know the situation and how someone may have entered to force the reactor to shut down.

A conversation with the Americans strike in. The first priority at the moment is to figure out the identity of the Russian spy aboard. Amy teams up with Prentice. Longacre on her side believes bring the submarine back home is the best solution. The episode closes with the HMS Vigil’s communications jammed and Hamilton dead with Glover around her as Amy looks on.

Vigil Episode 5 is releasing on September 19, 2021, and will air on BBC One at 9 pm. As of now, six episodes are scheduled for Vigil’s first season. The first episodes came altogether but since Episode 3 the show has maintained a Sunday episode release schedule. So expect another episode to follow the next Sunday right after the fifth for Vigil as it finishes its first season run. You can also stream Vigil Episode 5 on BBC One’s iPlayer.

The official synopsis for Vigil Episode 5 days after the communication cut off in the final moment of the previous episode. The submarine is going into a complete lockdown. The crew will be navigating on its own during the hostile situation. As everyone panics at Vigil, Kirsten Longacre works on her side to desperately hunt for clues that may lead to the revelation of the threat looming for Vigil. Amidst this, there is a constant worry for Amy as well who has painted a target on her back wanting to get to bottom of the truth.