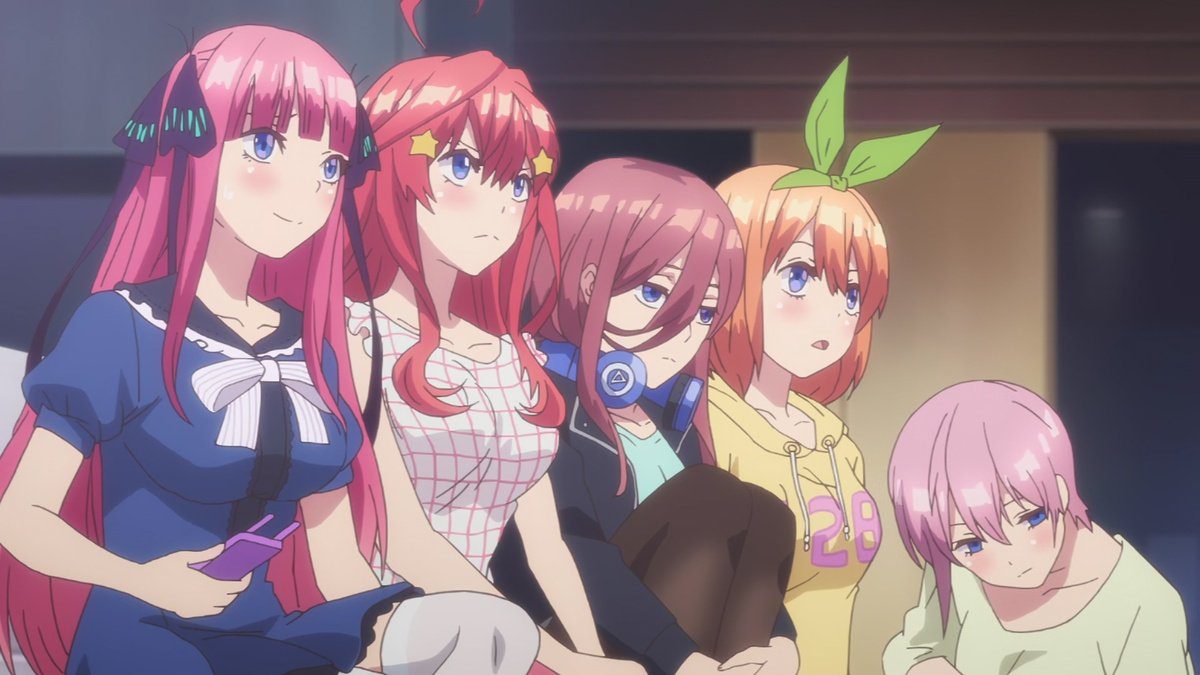 If you enjoy harem anime, we’ve compiled a list of the upcoming harem anime titles that will be released in 2022. Although the harem is traditionally regarded as one of the most gender binary and heterosexual anime and manga genres, this is not a requirement, and works in the genre can include characters with a wide range of LGBT gender identities and sexuality, or even focus entirely on characters of a single-gender. The popularity of “reverse harems” stems from the fact that the harem’s genders are occasionally switched without respect for the protagonist’s sex or gender.

Also read: Top 10 Gore Anime Of All Time That You Should Check Out

Season 2 of “Bofuri” has been confirmed, and it will be released shortly. Season 1 ended on a high note for the show’s creators, Silver Link, who announced that Season 2 would premiere in 2022. To put it mildly, this is a welcome surprise. It’s not every day that a brand-new anime gets revived for a second season. Often, there is a period of no announcements, leaving fans to mourn in the dark about the future of their beloved show. Fortunately, “Bofuri” isn’t one of them.

The first episode of BOFURI: I Don’t Want to Get Hurt, So I’ll Max Out Season 2 will air in 2022. The plot follows Kaede Honjo, who is encouraged to play the VRMMO game by a friend. She creates Maple as a character and decides to put all of her points in VIT to reduce agony. Slowly and without the ability to employ magic, she gains Absolute Defense. As a result, it allowed her to maximize her VIT points. She is off on an expedition with the capacity to call down any amount of devastation.

2. Kenja no Deshi wo Nanoru Kenja

She made a public declaration of who she was. Hirotsugu Ryusen wrote, and Fuzichoco drew Pupil of the Wise Man, a Japanese light novel series. In April 2012, it was first serialized as an online novel on Shsetsuka ni Nar, a user-generated novel publishing website. Micro Magazine eventually bought the series and began publishing it in print under their GC Novels banner in June 2014. As of December 2021, there are sixteen volumes available. In July 2016, Dicca Suemitsu’s manga adaptation began serialization on Micro Magazine’s Comic Ride website, and as of May 2021, it had been collected into eight tankbon volumes. Seven Seas Entertainment has acquired the rights to the light novel and manga in North America.

Kenja no Deshi yo Nanoru Kenja – Kendeshi is a manga that follows Sakamori Kagami, a top player in the VRMMO Ark Earth Online. In this virtual realm, he is known as Dunbalf. For amusement, he creates a female version of Dunbalf one night before going to bed. He wakes up the next day on the Ark Earth universe, but as a pretty little girl that he designed previously. He adopts Mira as his… her new name and refuses to reveal that this lovely young lady is Dunbalf. The Kendeshi isekai anime was supposed to debut in 2021, however, it was pushed back until January 2022.

3. The Eminence in Shadow

Daisuke Aizawa’s light book series The Eminence in Shadow is authored by Daisuke Aizawa and drawn by Tzai. It began publication in May 2018 on Shsetsuka ni Nar, a user-generated novel publishing platform. Enterbrain later bought it and has published four volumes since November 2018. Since December 2018, a manga adaptation featuring Anri Sakano’s art has been serialized in Kadokawa Shoten’s seinen manga magazine Comp Ace and compiled in six tankbon volumes.

Follow Cid as he aspires to be the man in charge of everything from behind the scenes. He covertly trains every night to prepare for his inevitable ascension to power. After a traffic accident, his life came to an end, and he failed to attain his aim. However, he awakens in another universe and finds himself as the leader of Shadow Garden, a covert group tasked with bringing down a wicked cult in the shadows. Finally, in this realm, he will be able to act out anything he desires. In 2022, the next isekai anime will premiere.

4. Uncle from Another World

Hotondoshindeiru’s Uncle from Another World is a Japanese manga series written and drawn by him. In June 2018, Kadokawa Shoten’s ComicWalker began serializing it. Six volumes have been published as of June 2021. In 2022, AtelierPontdarc will release an anime television series adaption. The manga Isekai Ojisan will be adapted into an anime.

The narrative follows a guy who awakens after 17 years in a coma, only to discover that while unconscious, he was sent to another planet as a heroic guardian! Takafumi, his nephew, is now awake and forced to share a room with his uncle, who is literally magical. He also has to catch up with his uncle on two decades of history: smartphones, high-speed internet, current anime… and the horrific end of the 1990s console war.

5. Trapped in a Dating Sim: The World of Otome Games is Tough for Mobs

Yomu Mishima’s light book series Trapped in a Dating Sim: The World of Otome Games is Tough for Mobs is authored by Yomu Mishima and drawn by Monda. The author self-published it as an online book on the Shsetsuka ni Nar platform from October 1, 2017, to October 15, 2019, with seven sections and 176 chapters. Jun Shiosato’s manga adaptation of the series debuted on October 5, 2018, and is published by Fujimi Shobo under the Dragon Comics Age banner. The light novel and manga adaptation are both published in English by Seven Seas Entertainment. ENGI will air an anime television series adaption in April 2022.

Follow Leon, an office worker who gets reborn into a dating simulation video game. Women rule on this new planet, and only the most attractive guys are allowed to sit at the table. However, Leon recalls every detail of his previous existence, including the complete gameplay of the game in which he is currently locked. Leon sparks a revolution in order to achieve his objective of living a simple life in the countryside.

Also Read: Top 10 Trending Anime Songs of 2021 That You Should Check Out

Ceez wrote and Tenmaso drew In the Land of Leadale, a Japanese light novel series. Between November 2010 and December 2012, it was serialized on the Shsetsuka ni Nar website, which publishes user-generated novels. Enterbrain eventually bought it and has published six volumes under the Famitsu Bunko banner beginning January 2019. Since July 2019, a manga adaptation featuring Dashio Tsukimi’s art and Ry Suzukaze’s composition has been serialized online on ASCII Media Works’ Dengeki PlayStation Comic Web website, and three tankōbon volumes have been published. In North America, Yen Press is the publisher of the light novel and manga. In January 2022, Maho Film debuted an anime television series adaption.

After a sad tragedy, Keina Kagami finds “fresh life” in a VRMMORPG called World of Leadale. To ensure her survival, she is placed on a life-support system. Her life support was disconnected one day, and she died. Keina awakens in the body of an avatar she previously controlled in the game. This Leadale, on the other hand, is two hundred years away. She is beginning a fresh adventure on a new planet as a high elf! The anime, which will debut in January 2022, was revealed during the Virtual Crunchyroll Expo 2021.

Following the events of Princess Connect!, the Twinkle Wish guild ascends the Tower of Sol to the very top, where they encounter Mana Senri, who has allied with Minerva. Yuuki is seriously hurt after wiping out Hiyori and Rei, and he protects Yuuki from an assault before being enveloped by Mana’s strike. Yuuki awakens in an unfamiliar area and encounters Ameth, who appears to recognize him.

With no time to spare, she dispatches him to Landsol, where he is assigned a cryptic assignment. Yuuki had lost all recollection since waking up. Kokkoro, a girl designated by Ameth to be his companion on his excursions, greets him. Soon after, he encounters Pecorine, a swordswoman with a ravenous appetite, and Karyl, a cat-beast race girl. Gourmet Edifice is formed by the group with the objective of embarking on excursions while consuming Landsol’s cuisine. Yuuki, on the other hand, is hell-bent on regaining his memories and completing Ameth’s task.