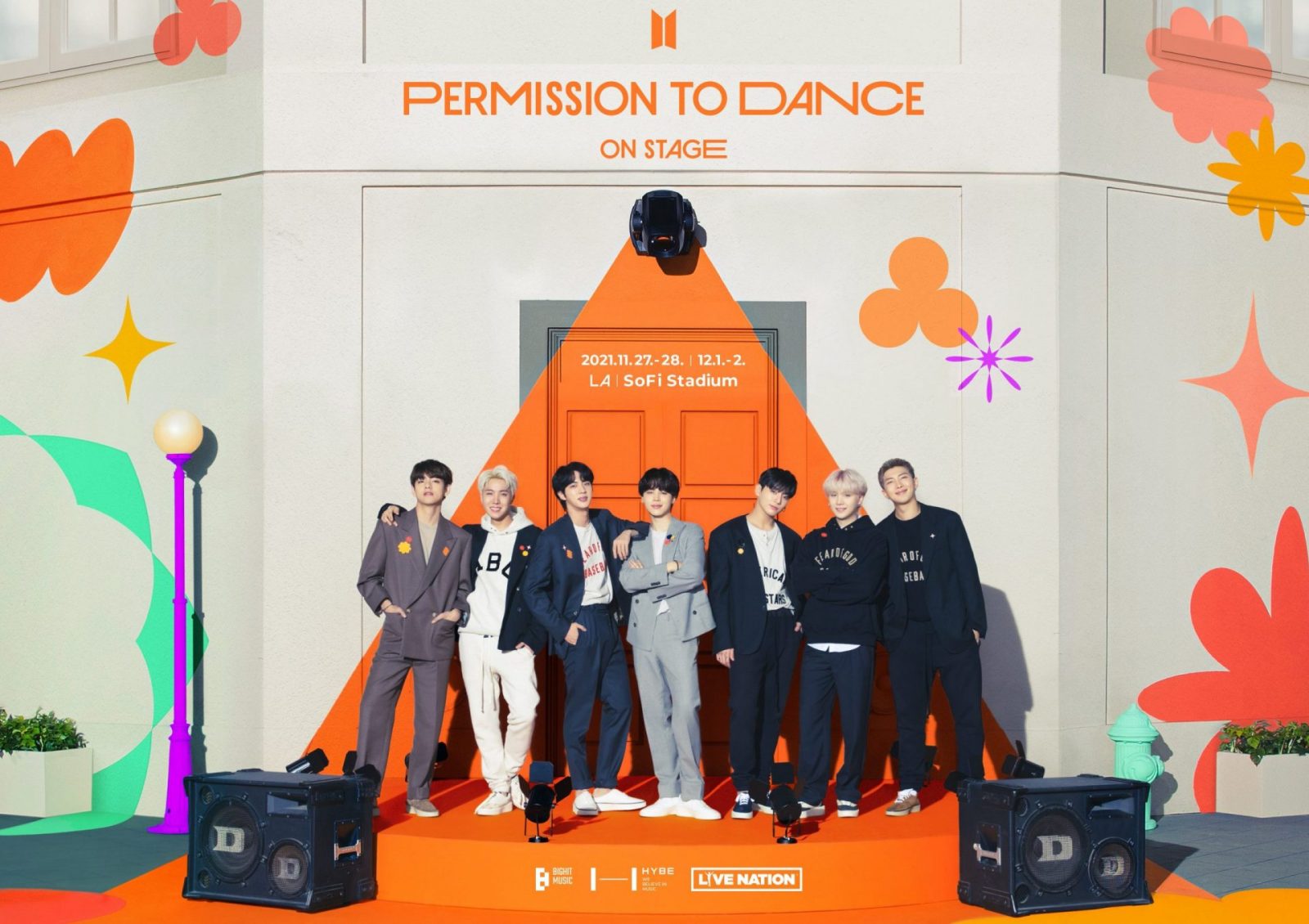 BTS is finally holding an offline concert after two whole years, and ARMYs have every right to be insanely happy. ‘The Kings of Kpop’ were able to be in touch with their fans through Vlives, songs, and online concerts. Ever since the pandemic, they have held two online concerts. The first one being ‘Map of the Soul ON: E’ and the second one being ‘BTS MUSTER SOWOOZO 2021’. They had streamed their first online concert on two consecutive days, which were October 10 and October 11 of the year 2020. It was a special gift as both BTS, and their fans were disappointed with the cancelation of their world tour. The biggest flex was that they held the concert at the Olympic Gymnastics Area.

Moreover, the boy band held their second online concert in honor of their 8th debut anniversary. The concert was held on June 13 and 14. They had given their fans splendid performances of their songs like Butter, Daechwita, Chicken Noodle Soup, Life Goes On, Mikrokosmos and Dynamite. The concert served as both a dose of happiness and a meme fest for BTS fans. Both of the online concerts provided an unforgettable experience that both the members and the fans will cherish. And this time, they had performed on a stage in Seoul. Now, the boys are back with their amazing talent and awesome performances that are sure to wow Los Angeles.

And now, without further ado, hop on into the article to find out all the details about the BTS offline concert in SoFi stadium, Los Angeles.

On September 28, BTS fans received the most exciting news that they had heard in a while. BTS had announced that they were holding an offline concert in SoFi stadium. Fans got to know this amazing news through a video they uploaded on their YouTube channel as well as from the announcement on Weverse. They had said that they would be performing Permission To Dance and many more songs in this concert. The boy group is to hold the “BTS PERMISSION TO DANCE ON STAGE – LA”  concert from November 27-28 and December 1-2. That means that fans will be getting a total of four stages.

The BTS offline concert is some fresh news as the last time fans had gotten an in-person concert was two years ago in 2019. Furthermore, fans can reserve tickets for the concert on Ticketmaster. Also, you can apply for an exclusive ARMY Member Presale for the upcoming concert. Their seats will be exclusively reserved as a benefit. See more about the benefits of the membership on reverse itself. You can apply and register for a presale from September 27, 4 PM KST to October 2, 6 PM KST. Here is the link. Get ready for it!

Their company, HYBE Labels, had said that after looking for ways to hold the concert, and had finally been able to plan a concert for ARMYs and BTS after two whole years. The company said that they would also be taking a lot of safety and health measures for them as the protection of their artist and their fans is their top priority. They were even sorry that they couldn’t perform in other parts of the world. And they had promised ARMYs that they would soon be holding more concerts as the situation gets better. The BTS offline concert is sure to make fans more proud of their boys. Fans can’t wait to see the BTS members face to face again. It is sure to be the time of their lives. 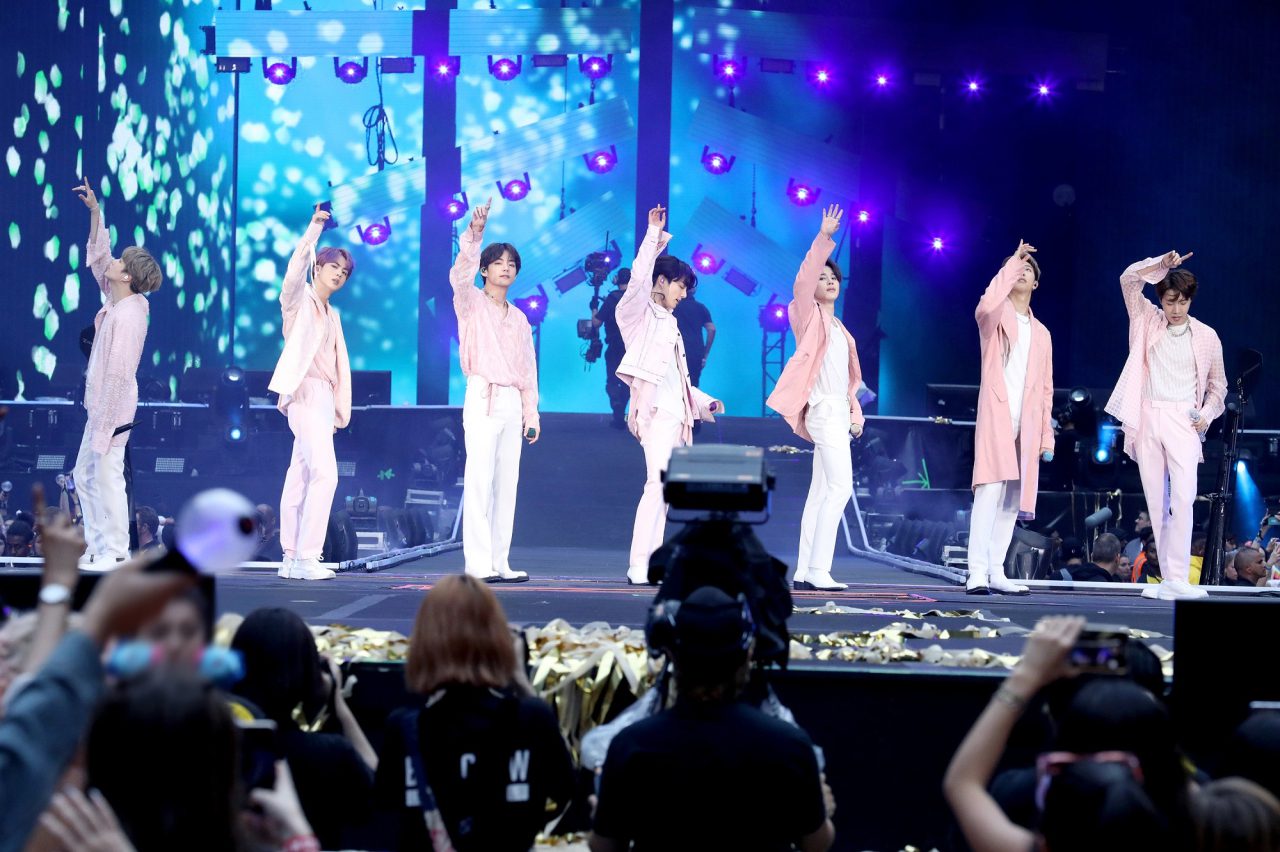 It seems like BTS’s popularity will never stop. They had even made history just a few days ago by performing at the UN. Beyonce and Shakira were the only artists who had performed at the UN Assembly. Although there are fans who cannot attend BTS offline concert at the SoFi stadium in LA, they are busy making memes about selling kidneys to buy tickets. But being the most caring boys that  BTS are, they had a piece of good news for them too. The famous worldwide boyband said that they would also be holding an online concert on October 24. Fans can’t stop praising the boys for giving so much good content in one year. Make sure you don’t forget to cheer the boys on no matter where you are.

Also Read: BTS at UN General Assembly 2021: The Members Impress With Their Individual Speech at The SDG Moment Event