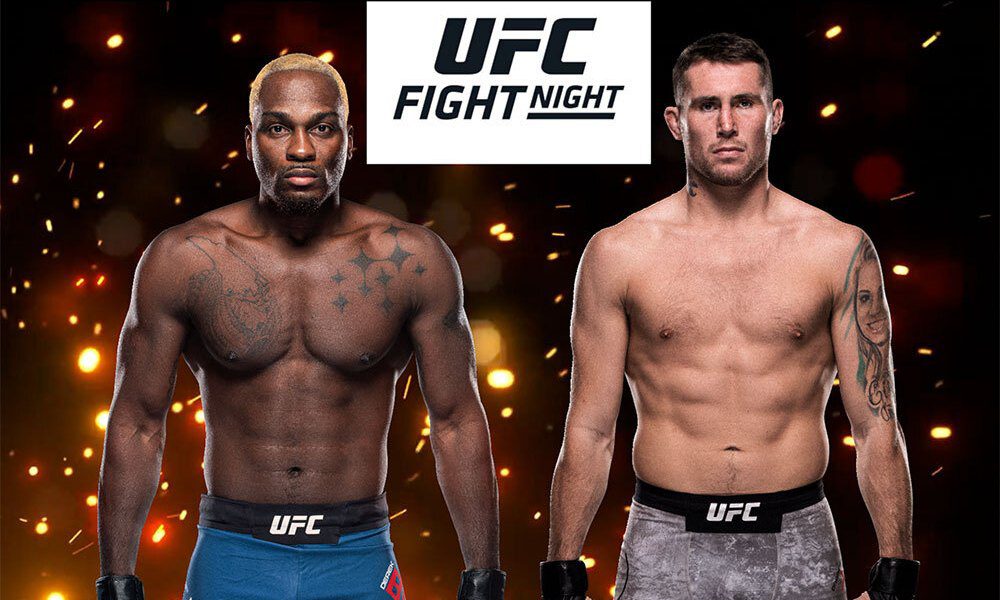 UFC Fight Night: Derek Brunson vs. Daren Till is just a few hours away and we can’t keep calm. The fans do like both the main event fighters very well. Till especially for his lightheartedness. Although it’s been quite a while since we last saw Till competing inside the cage. It was way back in 2016, all because of the injuries that led him to be replaced. Till is still considered a favorite and considered one of the best 185-pound fighters in the world. Other than that, Brunson on the other hand is reviving his career at age of 37.

For the past few years, Brunson has gone on to take on names such as Whittaker, Ronaldo Souza, and Israel Adesanya. These are some of the middleweight best. Patience and determination are something we can take in from this. Apart from that, we will see these distinct fighters going off against each other on a well-stacked card. This includes the prelims card as well which is stacked on its own and is worth looking at. So let’s begin by looking at all the matches scheduled for the show.

The prelims for UFC Fight Night: Derek Brunson vs. Daren Till sees four different matches contested. Each in a different weight class of its own. First, we have Women’s Flying Bout leading the card. Molly McCann is out there to battle Ji Yeon Kim. Next, we have Jack Shore going off against Liudvik Sholinian in a Bantamweight Bout. The third fight of the evening sees a Catchweight Bout between Julian Erosa and Charles Jourdain. At the last, we have a middleweight bout between Dalcha  Lungiambula and Marc-Andre Barriault. 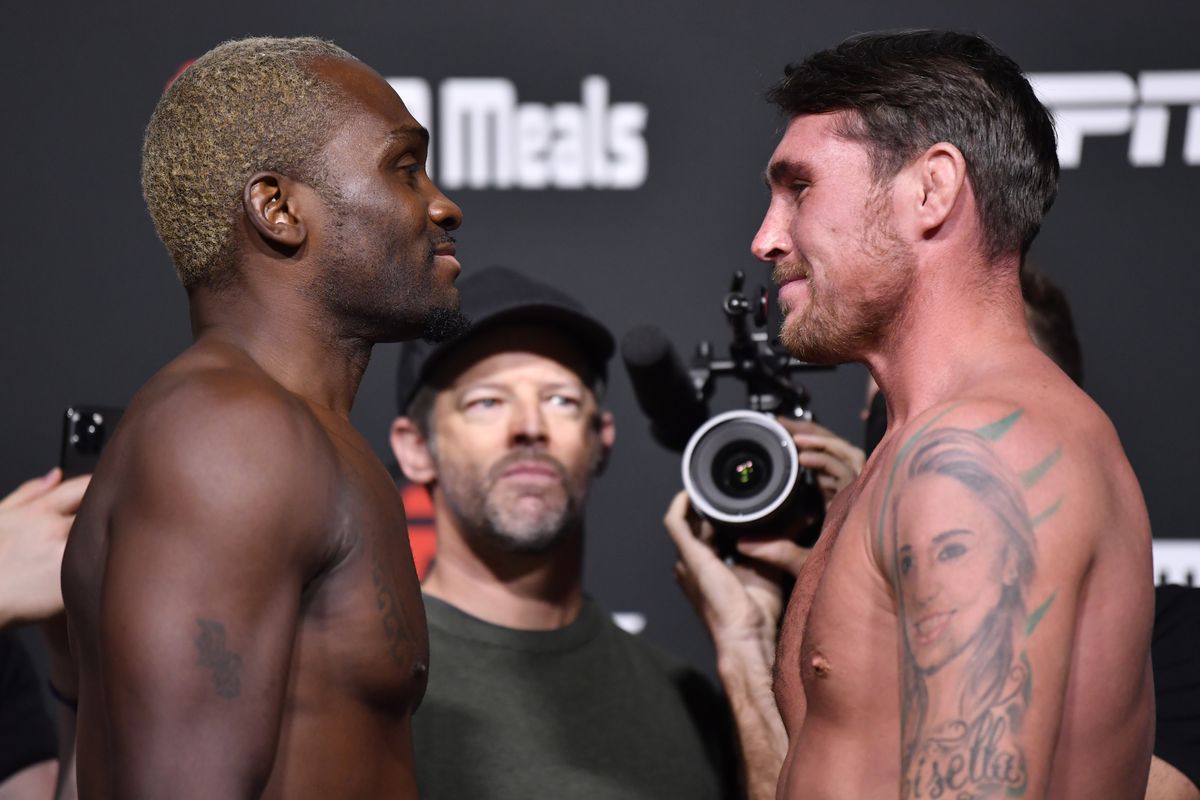 From The Weigh-In For UFC Fight Night Derek Brunson vs. Daren Till

Lastly, we come to the main event Middleweight Bout contested between Derek Brunson and Darren Till. The last time we saw Derek Brunson competing was March 20, 2021, at UFC on ESPN 21. Brunson went against Kevin Holland and won the fight with a unanimous decision. Prior to that, he also had a long-awaited bout with Edmen Shahbazyan which was postponed to August 1, 2020, due to the Covid-19 pandemic. He won the fight as well winning the bout with a technical knockout in the third round.

The last time we saw Darren Till in about was way back in 2016 when he faced Robert Whittaker. Although he had won via a unanimous decision, he earned the respect of many fans. Since then due to injuries, Darren Till had to back out from his scheduled bouts with Jack Hermansson on 5 December 2020 and Marvin Vettori on April 10, 2021. Both the times Kevin Holland replaced him. Now the coming UFC Fight Night: Derek Brunson vs. Daren Till will see how good Till could give Brunson who is fresh of a fight with the same fighter who replaced Till on twice the occasions. 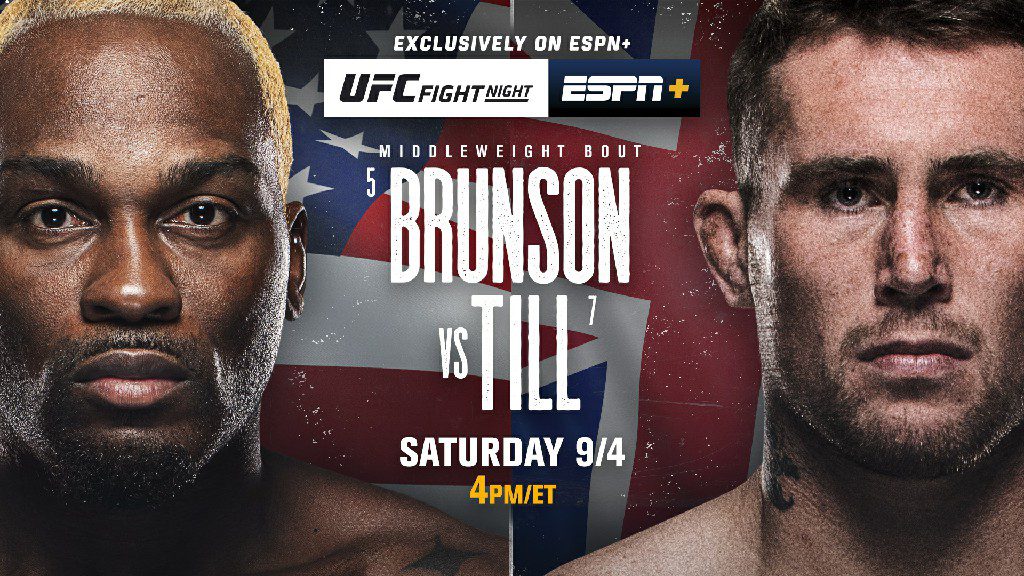 Also Read: Herb Dean Net Worth: How Much Money Does The UFC Referee Have?