The actor started his acting career when he was just seven years old. He played the role of Demi Brooke in "Little Men." 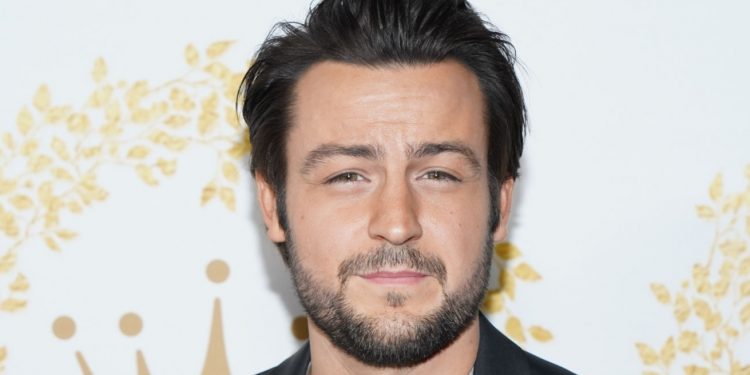 If you like sharp-looking men with dark hair, then Tyler Hynes is a perfect man. The Canadian actor usually appears with a thick beard and long hair, which makes him even more irresistible. Not only is he an actor, but he is also a director, producer, editor, and writer. With his name rising continuously in Hallmark films, his fans can’t help but wonder if he’s married, dating, or single. Unfortunately, not all celebrities like to flaunt their personal lives, and Tyler is one of those celebrities. But don’t go just yet, because we’re going to reveal everything about Tyler Hynes’s boyfriend, partner, career, net worth, and more.

The full name of Tyler Hynes is Tyler Jeffrey Hynes. Tyler did start acting until the age of 8 and joined Young People’s Theater. He is also known for films such as UnREAL, The Girlfriend Experience, Letterkenny, and While I Was Gone. In the year 1999, Tyler won his first award as a Young Star Internet Award for his leading role in Peter Benchley’s Amazon. On May 6, 1986, Tyler Hynes was born in Toronto, Ontario. Tyler grew up along with his beloved brother named Brandon Hynes. He belongs to the ethnicity of Caucasian. The name of his mother is Betty Robichaud Hynes. However, he has yet to reveal his father’s name.

Tyler completed his primary education at Mother Teresa Catholic School and later attended St. Francis Xavier High School and North Dundas High School. When Tyler was at an early age of eight years old, his parents enrolled him in summer camp at the Young Folk Theater just for fun. Tyler was excited to be a part of this theater, so he continued. Also, Tyler is an avid skateboarder and spent his school days very well, spending time on everything from skateboarding to acting projects.

Who is Tyler Hynes Partner? Tyler has always been reluctant in his love life. Now, he is not officially dating anyone and is living his single life happily. But in 2017, it was reported that Tyler Hynes was in a romantic relationship with Racquel Natasha, who serves as a commercial model. Hynes has a very private love life. However, Tyler revealed his alleged girlfriend on his Instagram in 2017. He posted a photo of his lover next to a pumpkin and a dog with the caption “missing my girl.” But Hynes immediately deleted the picture for a reason. However, fans identified the mysterious girl as Racquel Natasha. It is unclear where and when the couple met as they seemed unsure of the state of their relationship.

Additionally, Tyler and Racquel seem to live a tranquil and peaceful life. We barely hear anything about them in the media, not even the photos the paparazzi took of them. They are really under the radar. However, the question of whether they were married or not started buzzing everywhere. Unfortunately, we can’t draw any conclusions about this as neither Racquel nor Tyler mentioned anything about their relationship to a more severe phase. However, the relationship seems quite challenging. Tyler even revealed that his girlfriend had his password on Twitter, which is a big deal in this day and age.

The actor started his acting career when he was just seven years old. He played the role of Demi Brooke in “Little Men.” He later played the role of Gary Epps in the television series named The Mystery Files of Shelby Woo and in the film Home Team. After that, he had various roles in many films. He was portrayed in Peter Benchley’s Amazon in 1999, The Other Me in 2000, Levity in 2003, Mom at Sixteen in 2005, Citizen Duane in 2006, Camile in 2007, and Flashpoint in 2008. He had also expanded his career in directing, producing, and writing.

Tyler has also worked on short films such as Help Doug Recycle, which is a 40 minute documentary about substance abuse and poverty. He is also the director of Firefly and AFK. He has also directed music videos for successful artists such as Shaun Frank and Rezz. The actor is also a rapper and is a member of the rap group All Logic. It wasn’t until 2021 that he appeared on shows like Was Always You and Sweet Carolina.

Tyler Hynes is a famous Canadian actor, and his primary source of income is his salary from doing acting in movies and television shows. He also makes a lot of money as a director, producer, and screenwriter of several short films and music videos. Tyler Hynes updated net worth in 2021 is $3 million. Moreover, given Tyler’s performance in the industry, we can assume that his net worth will continue to grow in the future. Tyler is active on Twitter with about 11,000 followers, over 62,000 followers on Instagram, and probably around one thousand followers on his Facebook account.

Also Read: Beenie Man’s Girlfriend: Who is the Jamaican DJ Dating in 2021?