TXT became the 3rd K-Pop act in history to chart an album for 11 weeks on Billboard 200. 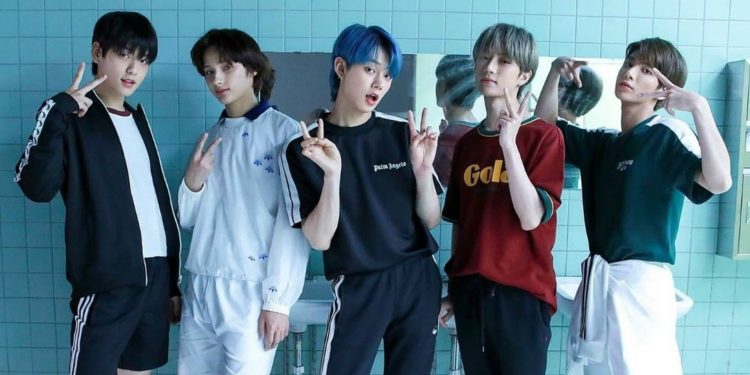 The year 2021 has been really eventful for the South Korean boy band TXT. There was a roller-coaster of release, and all of them were received wholeheartedly by the fans out there. The fourth-generation boy band has become one of the biggest names not only in the K-Pop industry but also in the global arena of music. Since its debut, the group has created endless series of successful releases, and the saga continues to date. Over the course of time, TXT has gotten various achievements, all of which will be listed below.

The five-member boy group operates under Hybe Label and made its debut on March 4, 2019, with their extended play titled “The Dream Chapter: Star”. The album was an instant and big success for the group, and therefore it is safe to say that their first step into the industry was a golden one. Their hard work throughout the years has paid off in many great forms. All their releases and comebacks have been received positively all over the globe, and now the group has a fandom of millions.

In the previous year, TXT had done some of the big releases, and all of them have been successful. Here, we are going to talk about TXT as we give out all the details about the group’s achievements in the year 2021.

This year TXT became the 3rd K-Pop act in history to chart an album for 11 weeks on Billboard 200. It was a big achievement for the boy band, and now their Billboard 200 record is something everyone is proud of.

“The Chaos Chapter: FREEZE” bagged the 5th position on Billboard 200 in July 2021, and in September, it became the first 2021 K-Pop album to spend eleven weeks on the global music chart. Furthermore, by the end week of September, the album reached the 26th position of the chart extending its own record as the longest-charting K-pop album of 2021.

With this achievement, the group became the third K-Pop artist in history to have an album for eleven weeks on the chart, following other bigger bands like BTS and Blackpink.

The album didn’t stop at this. It also gave the group many other praiseworthy successes by ranking on several other Billboard charts in September. In its 14th week, the song continued on the first position on the World Albums chart, and in its 13th week, it stayed consistent on the fifth position on the Top Album Sales Chart. This achievement by it ended up titling it as the longest-charting K-pop album of the year 2021 on both charts.

Moreover, the album also ranked on Billboard’s Tastemaker Albums Chart in the third position. And it stayed on the fifth position on the Top Current Album Sales Chart of September.

And after all this, the group ranked on Billboard’s Artist 100 at the 23rd position.

In the year 2021, TXT became one of the most adored and successful boy bands globally. With their continuous success in the music industry, they were awarded “Men of the Year Pop Icon” by GQ Japan.

The Japanese magazine also mentioned and praised TXT for their recent achievements, like their ranking on Billboard 200 chart. With this, the South Korean boy band gained extra points in Japan.

More good points were added with the release of the group’s Japanese album titled “Chaotic Wonderland”. The release didn’t only increase their popularity pace in Japan but also cemented their position in the music arena.

They were featured in the GQ Japan’s Men of the Year list with other artists like Kasumi Arimua, Takumi Kitamura, Yuriyan Retriever, and LEX.

In the year 2021, TXT has continued to prove that they are one of the greatest fourth-generation boy bands.

With topping the Japanese Oricon Weekly Album Chart with five consecutive albums, the group has achieved a big milestone. Oricon released its latest chart in November 2021, and the group’s first Japanese EP, “Chaotic Wonderland,” was seen sitting proudly at the first position for a whole week, i.e., from November 8 to November 14, 2021.

Has the Sifu Been Preponed? When is the Game Releasing?