Many teenagers and young adults wouldn’t be unfamiliar with the popular game streaming platform Twitch. Many famous people such as Terry Crews, Post Malone, Snoop Dogg, and Brendon Urie have been seen playing games and having fun on lives in Twitch. Some popular Twitch streamers who are not celebrities are Ninja, Tfue, Shroud, Pokimane, and Myth have shown a tremendous and rapid gain of followers with the help of their amazing gaming skills. Amazingly they have gained more than a million followers and fans on Twitch by Ninja being the most followed Twitch streamers with about 16.7 million followers following his Twitch account. The most played games in Twitch are League of Legends, Fortnite, Minecraft, and Just chatting.

One of the twitch streamers who are recently gaining attention is ‘Cuptoast’ or more popularly known as ‘Crumb.’ She has been gaining attention with her amazing skills along with her mysterious identity. Fans have been wondering when she would have a face reveal as she hasn’t shown her face yet throughout her live streams and her social media accounts. She has been covering gr face with a cardboard box in which she has a cute and quirky cat drawn on. Keep reading to find out more about this mysterious Twitch user.

Crumb is comparatively new on Twitch. She has been seen playing Minecraft, and Among Us, one of the many famous games people play on Twitch. But she has been gaining attention for the cunning way she has kept her identity a secret. As already mentioned, she covers her face with a cute and quirky cat cardboard box. Fans were hoping to get an idea of her face through her Instagram account and posts, but fans were also surprised with the fact of how intelligently she has kept her identity a mystery even on her social media account with not even a single clue of how her face must look like.

Her Instagram account has about 37,7k followers, this is where she posts and her unique ability to create amazing animation, and she also posts some pictures of herself while her face is covered with the cute and quirky cat box. Her Youtube channel is where she posts her animation videos; she currently has about 163K subscribers on her youtube channel. Crumb also has a Tiktok account that goes by the name of @crumbington. She posts some of her art over here too, she has gained about 146,6 followers and has been accumulated to have 1.1 million tikes on her Tiktok account. She had opened her Twitch account in the November of 2020 and since then has been gaining followers for her mystical identity. As already mentioned, she likes playing Among Us. A wholesome moment fans have caught Crumb and Fundy vibing together in Minecraft. 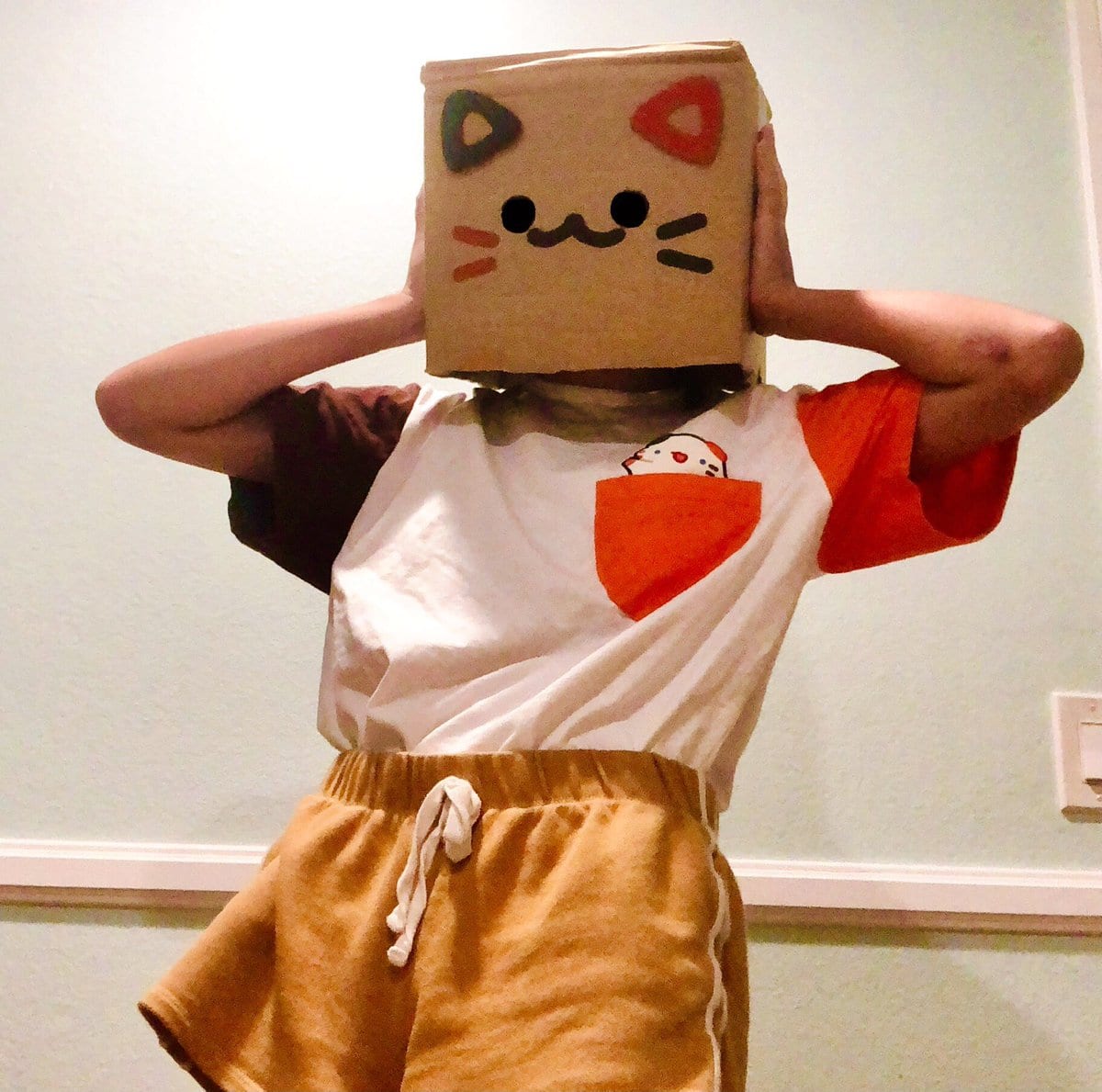 Crumb was born in Texas, the United States, on the 18th of May in 2005. She is 15 years old, and her birth sign is a Tauras. Talking about her mystic identity on social media, some speculate that Crumb is of mixed race of American and Vietnamese though this is yet to be confirmed as she has revealed her face to the world yet. Crumb’s real name is not brought to the public, yet she has been recognized as Crumb and Cuptoast on social media platforms.

Her physique is known to have tall stature and average body weight; in summary, she has a stunning personality. She has kept her family, identity, friends, and most of her personal information away from the limelight. Her love life is also a mystery as much as all of her personal information; she has been speculated to be single as they were no kind of appearance or mention of a boyfriend of hers on social media. Fans have noticed that she has a high-pitched voice and have asked her whether she uses a voice changer or not, to which she has replied that she doesn’t use a voice changer and her voice is naturally high pitched. People keep making assumptions about her face and personal life on platforms like Reddit. Let’s hope in the future, we would get to know more about her.

Also read: Who is Minx Dating? Her current status on Twitch